Ryan Papenhuyzen was one of the early buys of the season but lingering concussion symptoms have Fantasy coaches pulling the trigger on a trade, so is his replacement at the Storm the best alternative?

Plus we've got answers on Sam Walker, Reece Walsh, planning the bye rounds and more.

With Papenhuyzen out for another 3-4 weeks, is he a hold or a sell? Maybe get him back in later?

It's a frustrating situation for those of us who have held Papenhuyzen through his last injury and for a week after his head knock, but news out of Melbourne that he could miss another month puts him firmly in the sell bracket.

If you're playing for head-to-head and have used a lot of trades you could certainly just put him in your reserves and save a trade, safe in the knowledge that he's an elite Fantasy scorer when fit and will be a valuable member of your final team.

If other teams trade him out and struggle to bring him back you could have an edge on the competition in the run home – especially if he ends up coming back early.

Indigenous stars through the ages

But otherwise, at $800k and with a break even north of 100, you can trade him out now for a genuine gun and still feel fairly confident of being able to buy him back later. Or, if you've already got three gun WFBs without him (any three of Tom Tbrojevic, James Tedesco, Kalyn Ponga, Latrell Mitchell, Brian To'o and Reece Walsh) you may not need to trade Papenhuyzen back in later.

Good trade. There's a risk to it – if Papenhuyzen is fit to return in three weeks, or earlier, Hynes may not make enough money in that time be a genuine cash cow, and if he goes back to the bench his points will dry up quickly (see his scores of 11, 11 and 13 off the bench earlier this season).

But with the Storm likely to play it safe after Papenhuyzen's latest head knock and with five-eighth Cameron Munster also battling an injury heading into the Origin period, there's a good chance Hynes gets a decent run in Melbourne's starting side – where he's averaged 78 points over the past three weeks.

Hynes is also available at WFB or HLF which could give your team a bit of extra flexibility.

Is Sam Walker a sell?

He probably is, if you've got a safe 17 players this week without him. Keep in mind Walker was averaging 55 points a game three weeks ago following scores of 67 and 88, so he is capable of producing a big score on his day.

However after being kept quiet lately (with scores of 32, 33 and 6) and with the Roosters struggling – and now without suspended duo Victor Radley and Angus Crichton – chances are Walker's price will start going backwards.

Walker lost $36k in value this week and needs to score around 70 points to avoid another price drop next week. If he starts averaging 50 again he's projected to start making money again in three rounds.

Reece lightning: Walsh in everything against Wests Tigers

Is Reece Walsh a must buy and do I hold onto Schuster as a keeper?

Walsh is getting close to a must-have if you don't already have three keepers in the winger/fullback position. His scores have been boosted by tries lately but he's averaging 53 from his three 80-minute appearances, also produced a season-high score of 74 in just 46 minutes, looks set to keep a starting spot for the Warriors for the rest of the year and is still good value at $475k.

It's too early to say whether Josh Schuster will be a keeper this season but he's certainly one to hold on to for the moment.

How many trades do I dump into bye rounds and when do I say "no more" and deal with a half team?

Usually Fantasy coaches playing for overall points can be very aggressive going into the two bye rounds – round 13 and round 17 this year – when you can make up to four trades (you can also make four trades in round 15).

The idea is to aim to assemble a decent team of around 13 quality scorers for each bye round, while also being able to switch to a team of gun players immediately after the Origin period.

This year I'd be tempted to focus more on my final team than the byes though, with all indications being that we're going to continue to see more injuries and suspensions than usual.

A trade saved that could be used on an injured or suspended player in round 20 could be far more valuable than using a trade just to bring in a scorer for round 13 or 17.

So while there's not a set number of trades you should make for the byes (it depends on how many you've used, how many injuries/suspensions you've had and will have, etc) you should make sure every trade helps your long-term plans – so every player you bring in is either a keeper or a cash cow.

Don't buy someone for the sake of a round 13 score who you're just going to trade out again later, unless you expect them to make money as well.

Is Albert Kelly worth a buy? Guessing he should stay in the team over the Origin period?

He could be a bargain but predicting which two players will be wearing the No.6 and No.7 jerseys for the Broncos in a month is not easy.

He is cheap at $269k, scored 44 last week and has a break even of 3, so in any other situation he looks a very good cash cow option.

With Anthony Milford seemingly on the outer at Brisbane there's every chance Kelly keeps one of the spots for the rest of the season, but if the Broncos have a couple of losses and Kelly has a bad game it won't be a surprise to see Kevin Walters change things up again down the track.

Hey mate, what are your thoughts on the magic number heading into round 13? I honestly feel like it might be a good idea to go for around 10 to 11 players then go hard as you can for the round 17 bye, playing for overall?

Yeah I don't mind that plan, a lot of people will be aiming for a dozen round 13 players but 10 or 11 should be fine if you can then move towards your final team quickly.

Round 17 actually looks fairly light on for genuine Fantasy keepers (Tohu Harris, Luke Thompson, Reece Walsh, Josh Schuster, Adam Reynolds and Corey Harawira-Naera look like the standouts at this point) so it might be a better strategy to trade with the run home in mind as much as round 17. 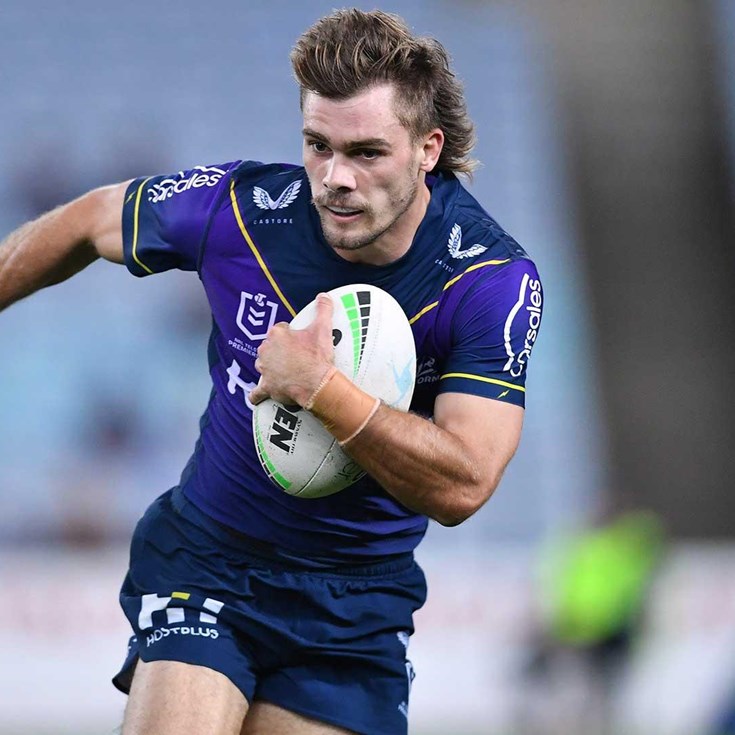 Most-watched long-range tries of the year: No. 2

Most-watched long-range tries of the year: No. 7