Canberra CEO Don Furner has revealed the Raiders had been so determined to convince George Williams to stay they had refused to consider other playmakers on the market until Tuesday's decision to release the English halfback.

Former Dragons captain Gareth Widdop, who plays for Warrington, is understood to have been offered as a replacement if Canberra agreed to Williams's request for a release at the end of the season.

However, the Raiders believed they could help Williams overcome his homesickness.

The dispute has now escalated into a legal stand-off as Williams insisted he wanted to play out this season but the Raiders felt that after telling them he was unable to attend training on Tuesday or play this weekend he should return home immediately.

The club is now scouring the market for replacements, with Melbourne's Nicho Hynes a possible target, but Canberra coach Ricky Stuart said fellow Englishman Josh Hodgson may become a playmaking option in the short term.

"That's probably why we needed to know where we're going now," Furner said.

"What we have to do as a club is plan for our future. There are other options now, [but] we didn't want to look at them. George was our preference.

"I'm sure he is homesick but we have 120 people in this organisation - [some of them] facing a lot more difficulties than homesickness - and they turn up to work.

"These things never go down well, it's not pleasant for anybody. No one wins and unfortunately, we have to face it.

"The process is a legal stand-off for a while. We have to work through it, and that's what we're doing at the moment."

Furner said the Raiders had offered Williams counselling and the opportunity for him and his pregnant partner to spend three months in England during the off-season on full pay before returning to Canberra to fulfil the final year of his contract in 2022.

However, Williams had again asked on Monday night for a release at the end of the season, which was rejected.

"I can't leave the club exposed at the end of the year with a guy who might get on a plane and not come back, and we [suddenly] have a position to fill," Furner said.

"If he is genuinely homesick, and we offered him the support for that, he should get home.

"We've been managing homesickness for 40 years. From our early days we were relocating Queenslanders who got homesick and cold in the middle of winter. With New Zealanders, it's the same.

Stuart focused on the task at hand

"We do a very good job in managing the expectations of players. Like most clubs, we have two full time welfare officers.

"We do a lot more than most other organisations have to do to look after this stuff, way more than anyone in Canberra does because that's what sporting teams have to do. It gets to a point where we have to still decide and make decisions in the best interests of the club, not an individual."

Furner decided to address the media with Stuart so the latter could focus on preparing the team for Saturday's match against the Roosters in Gosford, although the coach confirmed a meeting with Hodgson, who recently stood down as co-captain, to discuss his concerns about the way the departure of Williams had been handled.

"Josh came out and supported a friend yesterday, I understand that," Stuart said.

After speaking to the media about the issue this week Hodgson took to social media to clarify that his aim was to show his support for Williams, not to criticise the Raiders.

"My decision to do the interview was to set the record straight about George. It is in no way a dig at the club... that is not who I am and the people here know that," Hodgson wrote.

"We are all trying our hardest to turn results around and will continue to do so, but I will not sit by and watch a close friend of mine – a teammate of ours – cop a kicking like this."

Stuart backed Sam Williams to take over the halfback role but he said Hodgson was also a playmaking option, as well as rotating between hooker and lock – as he did two weeks ago when the Raiders ended a five-match losing streak against Canterbury.

"He has got that utility value so that is something that is always in the back of my mind too," Stuart said. "Josh has that ability that he can play in the halves and he has filled in there before.

"We spoke at length on Wednesday and a bit on Tuesday in regards to his role at both No.9 and No.13. I think the game is moving more towards a ball-playing No.13 these days." 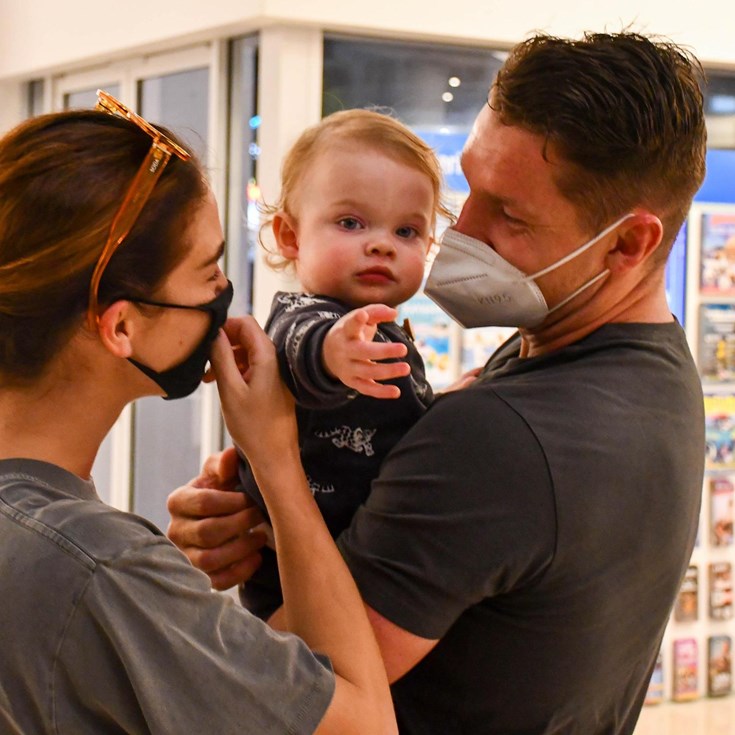