Off-contract Eels flyer Blake Ferguson has slid from Origin reckoning to reserve grade in the space of a week as Dylan Brown returns from the incident that left Roosters player Drew Hutchison in hospital.

Ferguson has been axed for Parramatta's Sunday clash against Newcastle after long-standing defensive issues between he and centre Waqa Blake, with the Rabbitohs and Manly running in 11 tries through the Eels right edge during the past two weeks.

Brown returns from a three-week suspension at five-eighth in place of rookie playmaker Jake Arthur, with 22-year-old Haze Dunster replacing Ferguson for his fourth NRL game.

Just last week NSW coach Brad Fittler still had Ferguson in discussions around the right-wing spot, which has since gone to Panthers pocket rocket Brian To'o.

Ferguson is fighting for his future beyond 2021 after indications were given that he would struggle to land a new Parramatta contract.

NRL.com understands that as of a few weeks ago the club had not ruled out a reduced extension offer for the 31-year-old.

A mid-season axing hardly bodes well though for the veteran flyer, whose defensive issues inside Blake have been exploited by opposition attacks for some time.

Every try from Round 12

Brown, meanwhile, stressed his remorse once again for the round nine contact on Hutchison at Bankwest Stadium that left the Roosters No.6 with a punctured lung that has collapsed three times and required surgery.

"In the game I didn't realise how severe it was, I was going in there trying to save a try, [afterwards] I saw him in pain," Brown said on Tuesday.

"I went after the game to find him but he was rushed off to hospital.

"So I sent him a message on Instagram, and he said 'it's just a game, it happens'.

"I was thankful for that, that he wasn't holding a grudge or anything because I honestly had no intention to hurt him."

Since the incident, the NRL's crackdown on dangerous contact with the head or neck has been in full swing, after Brown and teammate Marata Niukore both escaped on-field sanction for incidents involving Hutchison and Roosters star James Tedesco.

Brown, 20, said he has felt partly responsible for the scrutiny and debate around sin binnings and send-offs, having watched on from the sidelines for the past three weeks.

"I'm not going to lie, the last few weeks I've been out I've been watching the game and it's been pretty hard to watch," he said.

"Players being off and we lost some players over the weekend and it's all a bit of a mess.

"…That one incident of me and Marata, it's sort of come from that. In all honesty though, [Hutchison] is in hospital and we don't want that.

"We don't want that happening to our players. The rules are there for a reason, to keep everyone safe."

Elsewhere, Queensland Origin squad member Reed Mahoney has been named at hooker against Newcastle with the Eels worrying back-to-back losses in danger of snowballing into a mid-season slump.

While Blues 18th man Api Koroisau is prevented from turning out for Penrith this weekend by NRL rules, extended Origin squad members are still available for club duties in round 13.

The rule only effects Mahoney in this instance given South Sydney (Campbell Graham) and North Queensland (Coen Hess) both have the bye this week. 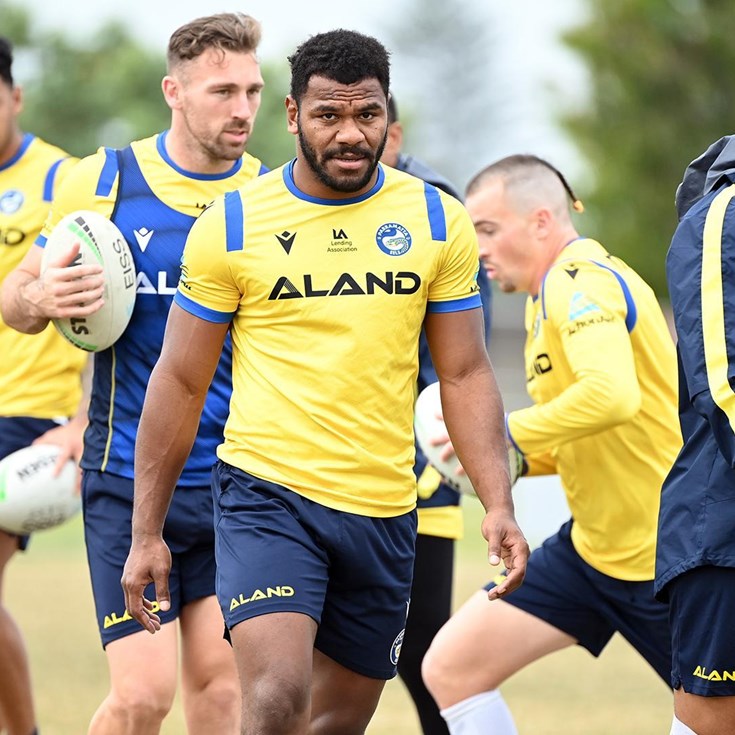