State of Origin was the last thing on Joe Ofahengaue's mind when he linked with new NRL club Wests Tigers in 2021.

After earning his first two Maroons caps in 2019, the bullocking forward was overlooked late last year for Queensland's upset series win over NSW after woeful form for wooden spooners Brisbane.

And his Origin prospects did not look like improving any time soon after making the tough call to be released from the last two years of his Broncos deal to sign a three-season contract with the Tigers – a team that had not made the finals since 2011.

But Ofahengaue not only rediscovered his love for league at the joint venture, he reclaimed his Queensland jersey after being named on the bench for June 9's series opener in Townsville – much to his surprise.

"I didn't think about Origin. The only time I thought about it was when I said to myself if I get into this team then it is a bonus," Ofahengaue said.

"I said to myself I would focus on being consistent and enjoying footy again.

"That's why when I got the call from [Queensland coach] Paul Green I was so shocked."

He wasn't surprised though when he was dumped from the 2020 Maroons after he was in the starting pack in his last Origin – 2019's game three.

Remarkably Ofahengaue lost all 15 club games he played for Brisbane in 2020, sinking into a funk he feared he may never shake if he remained at Red Hill.

After five seasons at the once mighty Broncos, something had to give.

"Even if I was selected [for Queensland last year] I don't think any of the players last year would have trusted me because of the way we were going and the way I was playing," Ofahengaue said.

"I didn't look like myself. I was riding the lows too much and it kinds of played with me for a bit [mentally].

"Sometimes I questioned my ability."

Some home truths from his father as well as his partner Sofi proved the final straw.

"I could have stayed. [Broncos coach] Kevvie [Walters] would have put up with it but I know it wouldn't have been the best thing for me," Ofahengaue said.

"I had a contract there for two extra years, they would have paid me that money and I still would have been playing NRL but it would not have been the right decision for me.

"I went home and had a conversation with my dad and missus, it opened me up to thinking I needed a fresh start.

"I know a lot of people wouldn't have had the guts to do it but I backed myself and made the decision to move to the Tigers and it has worked out for me."

Indeed it has. Ofahengaue looked like a new man when unveiled to the media with his Queensland teammates this week at his old stomping ground, Suncorp Stadium.

A rejuvenated Ofahengaue vowed not to let this Maroons opportunity slip this time.

"I worked my butt off this pre-season, doing all the little things, I stripped it all back," he said.

"It was like falling in love with the process again, trying to get better every day.

"Madge [Tigers coach Michael Maguire] and the coaching staff were a big part of developing my game, really encouraging, made me use my skill again rather than just a straight up and down front-row/lock.

"[But] I knew one day I would get a [Origin] recall, that's how much confidence I had to get back into this arena.

"Once you get a call that you are playing for Queensland you just want more – it's such a great team with such a great history." 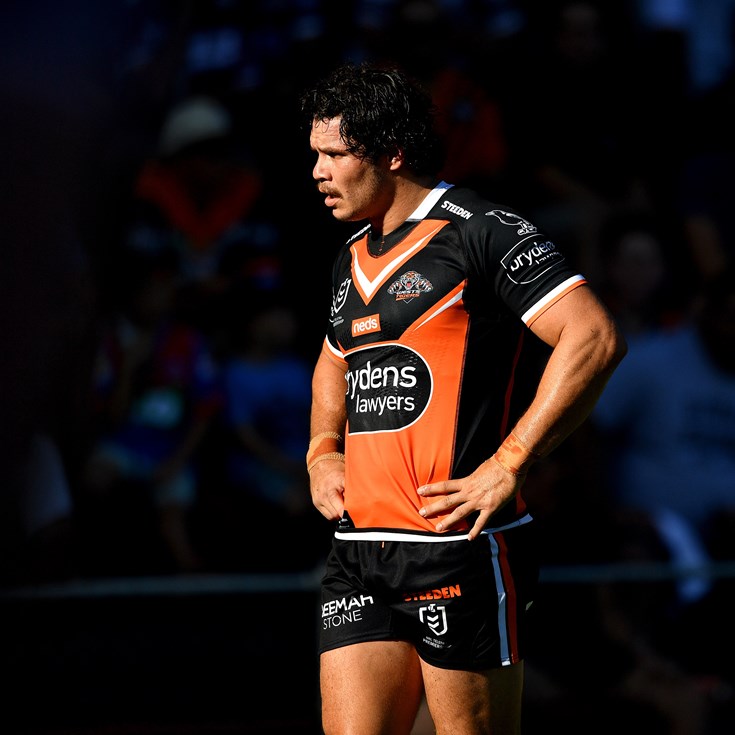