Kalyn Ponga has failed in his bid to be fit for Origin I, with hulking Cowboys winger Kyle Feldt firming to make his Maroons debut on the wing and Valentine Holmes expected to shift to fullback.

Queensland's medical staff made the call on Ponga's groin injury on Wednesday morning, a week out from the June 9 series opener in Townsville.

"Kalyn has been progressing with his rehab but time is against us and the decision has been made for him to return to the Newcastle Knights where he can focus on further recovery," team doctor Matt Hislop said in a QRL statement.

Coach Paul Green has options across his 20-man squad to replace Ponga, though Holmes is understood to be the most likely option ahead of Titans livewire AJ Brimson.

The schoolboy discipline that built an NRL superstar

Brimson starred at fullback in his Origin debut last year before injury cut his campaign short, but has been named in the critical bench utility role and is also nursing his own damaged knee from last weekend.

With five-eighth Cameron Munster (foot), Brimson, Ponga and prop Christian Welch (knee) all sitting out Tuesday's fan day in Bundaberg to complete extra rehab, the Queensland camp is mindful of ongoing injury disruptions ahead of game one.

Adding Feldt to the wing and shifting Holmes to his preferred fullback position allows Green to minimise upheaval across his 20-man squad.

Eels hooker Reed Mahoney is another potential bench option should Brimson be called into the starting side, but does not offer the backline or halves coverage of the Gold Coast star.

Storm star Harry Grant has been named at No.9 by the Maroons, with the prospect of he and Mahoney combining as a dummy-half duo, similar to Grant and Brandon Smith at Melbourne, holding some appeal.

However Green again pointed to the need for utility value on the bench when that was put to him by NRL.com before Ponga was ruled out.

"That can work but you need some versatility off your bench," Green said.

For 29-year-old Feldt, the chance to debut in front of his hometown crowd looms large as the unlikeliest of dream Origin debuts.

Game one's shift to Townsville from the MCG due to Melbourne's COVID-19 outbreak was only confirmed on Monday afternoon, just hours after Feldt was named in an extended Queensland squad, having missed out on a starting 17 role.

Feldt had been in the reckoning for a Maroons debut last year as well but missed the series due to end-of-season groin surgery.

At 191 centimetres and 103 kilos with renowned prowess under the high ball, Feldt also presents an attractive option opposite Blues rookie Brian To'o, who Feldt would dwarf by at least six inches.

Ponga had held high hopes of returning from an abductor strain that has sidelined him since the start of last month. 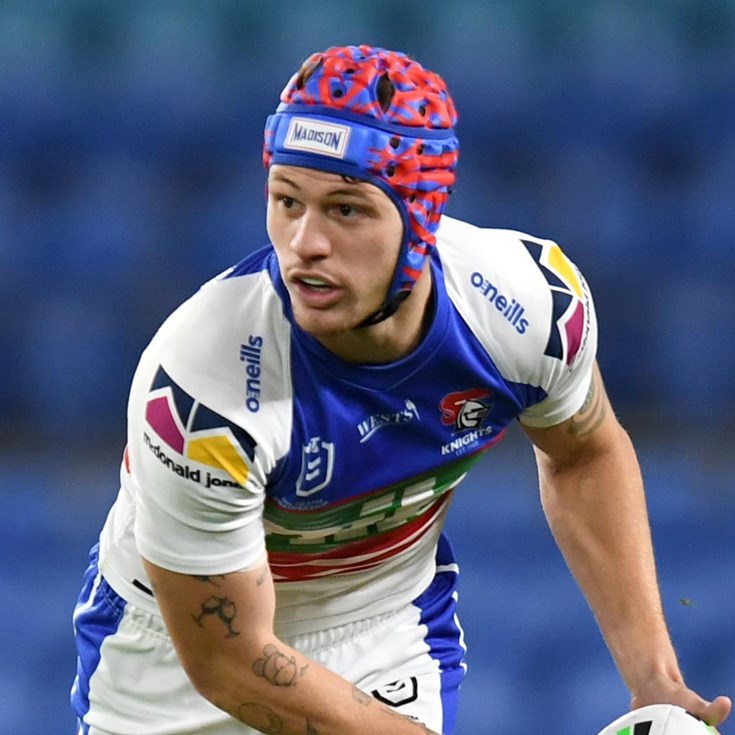