While Blues coach Brad Fittler was impressed by the dominance of his side's 50-6 game one win in Townsville, knowing game two takes place at a venue where he is win-less as an Origin coach has tempered any excitement.

The Blues are zero from three in Brisbane since Fittler took over in 2018, and the NSW coach was uncharacteristically sedate after his side dismantled the Maroons on Wednesday night.

"It is [satisfying]  without a doubt but we haven't won at Suncorp for three years now," he said.

"We've won a game every year quite convincingly. If you go through those other games, we won one with 12 players at the back end of the game, the other one Teddy scored on the bell.

Blues centres continue their domination as Mitchell gets his second

"I'm quite aware winning a game by 50 here in the first game doesn't mean anything.

"We've had a convincing win every year. We're well aware that nothing's been achieved as yet."

Fittler also believed the final scoreline masked the toughness of what the Blues had to endure, including an 8-1 count against them in terms of six-again calls and also having to use two interchanges on his halfback in the space of four minutes of game time when a gash on Nathan Cleary's cheek refused to stop bleeding.

Tommy Turbo finds space on the edge for the first try

"It was pretty good. Pretty special. The way they played it makes you proud as a coach," he said.

"Everyone can sit back regardless of the score and appreciate for fellas who came together 10 days ago to do that under pressure, it was just a really great performance.

"[Cleary's injury] was pretty frustrating, it cost us two interchanges.

"They faced a few hurdles, I know it was a big scoreline but 9-1 against us in the six-agains, Nathan got ruled to go off with the blood so that cost two interchanges, there was a lot they had to climb over."

Fittler paid tribute to the scintillating performance of his centre pairing Tom Trbjevic and Latrell Mitchell and the incredible work out of yardage of the entire back five, and also singled out Tariq Sims and Isaah Yeo for their special contributions in the pack.

"They (the back five) were awesome," he said.

"Obviously we broke down their middle a lot because their middle had to contain Teddy, all our forwards plus Tommy and Latrell. They were all coming through. They did a really good job. Brian To'o, first game, seriously. He was outstanding."

Turbo Tom at it again as he kicks for Mitchell

Skipper James Tedesco was similarly wary of a Queensland bounce-back at Suncorp.

"They're going to be hurting, it will be a different team game two," Tedesco said.

"Last year we lost game one and came out firing game two so I'm sure it will be similar. It's going to be at Suncorp as well which is always a tough task.

"It's going to be a challenge, I know it was a convincing win but as Freddie said we have to win two more."

Origin II in Brisbane is sold out but tickets are still on sale for game three at Stadium Australia in Sydney on July 14 - get your tickets NRL.com/tickets. 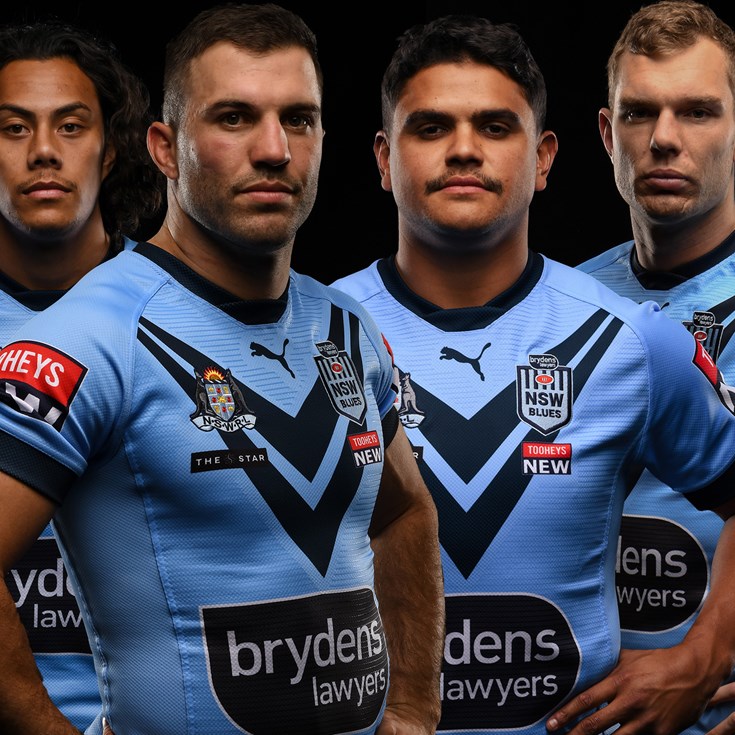