James Roberts wants to remain with Wests Tigers beyond this season but is yet to hear whether the club will activate an option in their favour to keep him.

Roberts joined the Wests Tigers in November after gaining a release from South Sydney but his two-year contract included options in the club's favour as they looked to get the 28-year-old back to his best form.

The former NSW centre declared he wanted to finish his career at the joint venture on Wednesday but hadn't discussed that possibility with the club, who will decide on his immediate future in the coming months.

"I love the club, it's been really good," Roberts said.

"There's a really good group of lads here and I'm close to a lot of them.

"I'm enjoying my time here and not really thinking about the future at all. I've been showing up to training and having fun, enjoying myself, so whatever happens, happens.

Jet flying back into the centres this week

"I'd love to stay and finish off here, to be honest. But anything can happen in this game."

Roberts pointed to the mid-season recruitment of Warrior Ken Maumalo as evidence of how quickly things can change.

Maumalo linked with the Tigers this week after seven seasons at the Warriors, a club he thought he'd stay at his whole career.

The 26-year-old's relationship with coach Michael Maguire at the Kiwis got the deal over the line with Roberts adding the Tigers mentor was a huge reason why he was enjoying his own game again.

"He was a lot tougher when I was younger coming through," Roberts said of Maguire.

"He's just passionate about his job. That's why I love him. he loves his job and coming to work every day. he's a workaholic.

"He wants to do for the club and you can see the way he's making changes around the club."

On Saturday the Tigers face a Storm side riding high on an 11-game winning streak after their own run was ended at two games in a disappointing loss to the Eels.

"We didn't give ourselves opportunities [last week] and did a lot of tackling," he said.

"But as bad as we played I thought we hung in there.

"There are always positives, we just need to turn it around go back to how we played in those two weeks [we won] and take that into the Melbourne game.

"They're the benchmark and it's going to be a hard game." 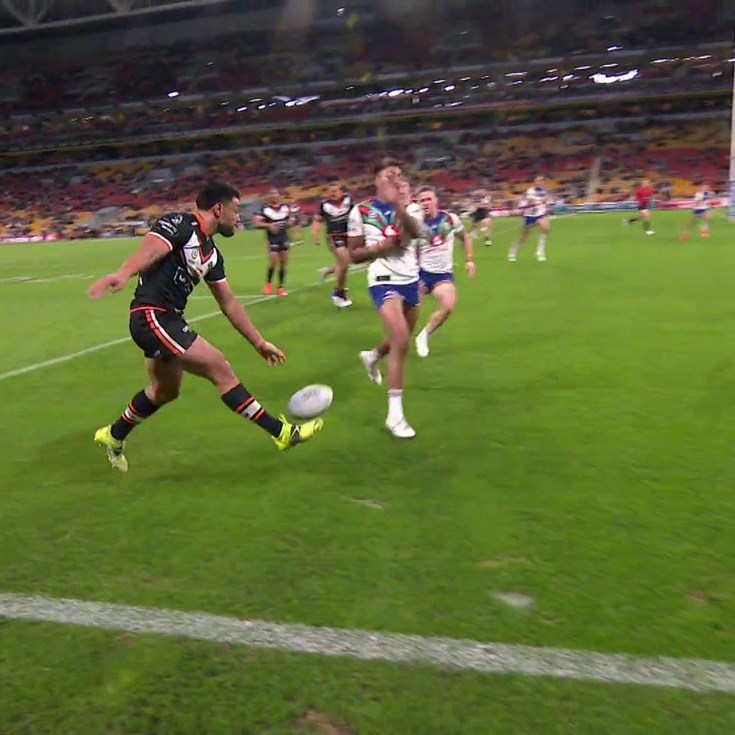