Queensland veteran Karina Brown is confident players won't be distracted by any talk surrounding NRLW contracts this week as the Maroons focus on retaining the State of Origin shield on Friday.

The interstate event on the Sunshine Coast will start a bumper representative calendar for the game's elite stars in the second half of the season with the NRLW and World Cup also on the horizon.

However, the NRL's confirmation of a centralised contracting model in the NRLW this season has caused some angst among players in recent weeks with clubs looking to tie down their stars and fend off rival clubs.

Despite talk a possible ban may have been put into place to allow players to focus on this week's Origin clash, Brown told NRL.com both sides were professional enough to handle the external noise.

"The QRL have been amazing and understand the situation," Brown said.

"They want what's best for the girls. If a player needs time to sort their NRLW contracts, we are being allowed that time.

"We have a wellbeing manager here in Carmen Taplin who is also available any time of the day to make sure everyone is comfortable leading into the game.

"We’re all professional when we come into this environment. We’ve dealt with many situations in the past and we do what we have to do.

"We're here to do one thing and that's win State of Origin."

Brown is one player certain to be on the move this season after the Warriors withdrew from the NRLW this year after three years in the competition.

The 32-year-old joined Maroons teammate Tazmin Gray at an announcement on the Gold Coast earlier this month, where the pair are expected to play at the Titans.

"[There are] a few growing pains around the contract modelling, which is to be expected with expansion of the competition," Brown said.

"We're all trying our best to work together with the NRL and RLPA. You're not going to please everyone but the important thing is the game is growing.

"New teams provide more pathways for young girls to aspire to play in the NRLW. It's fantastic."

Brown will notch her ninth appearance in Queensland colours on Friday night to be the second-most experienced player on the field, only one match behind Ali Brigginshaw.

The former Maroons captain was looking forward to the challenge of being able to retain the shield, and the opportunity to celebrate with the fans.

"Winning last year was really important for Queensland, to take that pressure off, but we're back home and we want to keep the trophy a lot longer now," she said.

"I understood why we couldn't mingle but it struck me when we played at North Sydney Oval in 2019 all the fans came onto the field after the game.

"Hopefully, we get to do experience something like it this year." 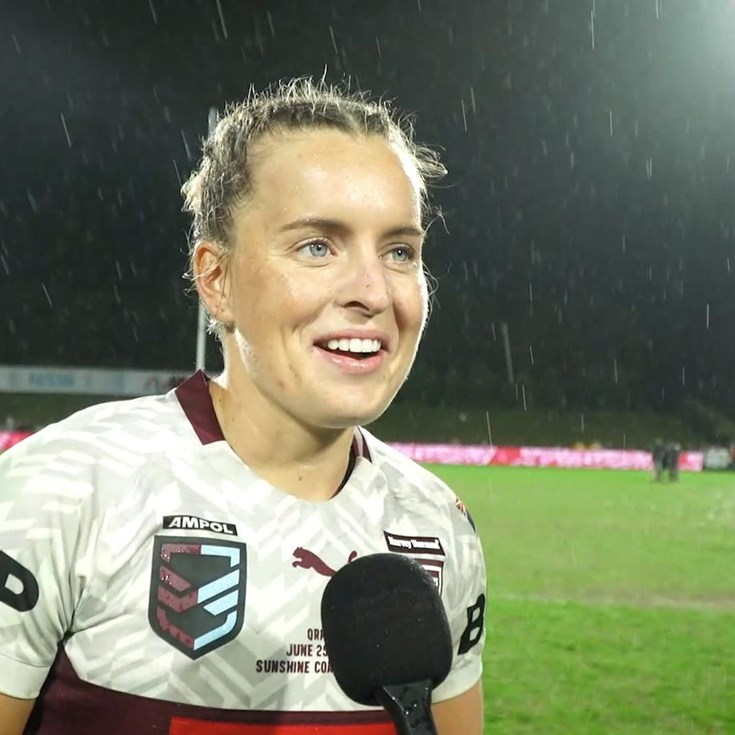 Young girls now have Origin heroes of their own to emulate