In just his second game as Maroons coach, Paul Green has taken a gamble which could help or hurt him.

The punt is throwing 18-year-old Reece Walsh into the Suncorp Stadium cauldron on Sunday night.

Warriors young gun Walsh will be thrust into the Origin spotlight after just seven NRL games as the Maroons seek to level the series and make amends for an embarrassing loss in Game One.

No one doubts Walsh's talent but is he ready for the pressure of a do-or-die Origin showdown in front of 50,000 fans and in the face of a Blues onslaught led by Nathan Cleary's aerial assault and the attacking prowess of Tom Trbojevic, Latrell Mitchell and Josh Addo-Carr.

For & Against - Reece Walsh is ready for Origin

If 2021 has shown us anything it's that teenagers with the right temperament and a fair splash of talent can handle themselves on the big stage ... stand up Sam Walker, Joseph Suaalii and Reece Walsh.

Walker has just turned 19, Walsh is 19 in July and Suaalii is still six weeks shy of his 18th birthday, but all three have shown maturity beyond their years as they embark on careers that most believe will be long and successful.

For Warriors whiz kid Walsh, the pressure is about to be cranked up to a whole new level as he becomes the second-youngest player ever to grace the Origin stage, and he's doing it in a must-win game in front a rabid Queensland crowd which expects nothing less than a face-saving victory.

Another insipid performance like the one dished up in the series opener simply won't be tolerated and it's against this backdrop that Walsh takes his first steps onto the game's most demanding stage.

Will he cop a barrage of high balls from the Blues kickers? You bet he will.

Will he put a couple down and be looking for a hole to climb into? Perhaps.

Will he pick himself up, dust himself off and keep having a crack? Absolutely he will.

And that's what makes the kid special. The fact that he's a risk-taker makes him worth the risk.

Walsh has shown time and again in 2021 that he possesses the sort of X-factor that can bust defensive lines open and turn a game on its head in a twinkling.

The Maroons asked very few questions of the Blues in Game One and came up with just one try through centre Kurt Capewell, who left Tom Trbojevic in his wake late in the first half when they were already down by 20.

With Walsh injecting himself into the backline and Ben Hunt adding another dimension around the rucks, Queensland will be a vastly different proposition.

They need to score points and plenty of them to get past a potent NSW outfit and that's why Walsh needed to be there. He offers a point of difference, he'll play without fear and a couple of moments of magic might be the difference between breathing life back into the series or heading to Sydney for a dead rubber.

When all is said and done on Sunday, the Maroons won't lose Game Two because of Reece Walsh, but they could certainly win it because of him.

Less than 48 hours after Reece Walsh's club coach reminded everyone he was still learning the ropes in the NRL, the teen prodigy has been thrust into the State of Origin arena.

Walsh’s arrival has been one of the best things to emerge from the first half of the 2021 Telstra Premiership, but that doesn’t mean the 18-year-old is ready to step into the Origin limelight just yet.

Like the rest of us, Warriors coach Nathan Brown is an unabashed Walsh fan. But he wisely tempers his praise with the caveat this young man still hasn’t played 10 NRL games.

"A lot of people [are] giving opinions and commenting on Reece ... when they played, their career slowly went ahead and they weren’t playing at 18 … Reece has gone from zero to 150 in a six-week block," Brown said after the Knights tested Walsh at McDonald Jones Stadium on Saturday.

"He’s had a child along the way as well, so he’s had some life-changing experiences, and he’s a good young kid and he certainly doesn’t get carried away with himself."

Let's back to Origin, and on top of that where Walsh is going to play.

Having to defend your spot in the line is hard enough for any Origin rookie. Being on your own at fullback is even more difficult.

Rest assured NSW will have the likes of Tom Trbojevic, Latrell Mitchell and James Tedesco flying through on Walsh whenever high kicks are launched from the boot of bomb specialist Nathan Cleary.

With ball in hand, Walsh will offer plenty to the Queensland attack. If the Maroons forwards are able to get the upper hand and give the likes of Dale Cherry-Evans, Cameron Munster and Walsh the ball in the right parts of the field points should follow.

But if the Blues again get the jump on Maroons in the middle of the field and Cleary, Luai and co. are the ones with time and space, Walsh’s positional play and ability to diffuse attacking kicks are sure to be tested like never before.

All signs point towards Walsh having a long, and successful, period in Maroon. Whether that time is now is the pertinent question.

If Walsh is able to rise to the game’s highest level despite being so inexperienced, his star will shine even brighter.

But if he, like so many before him who had seen and done a lot more in the game, finds the going tough it would be wise to let him continue to develop in his own time so that when he is ready he’ll enjoy a long run in that famous Maroon jersey.

Is Reece Walsh ready for Origin? 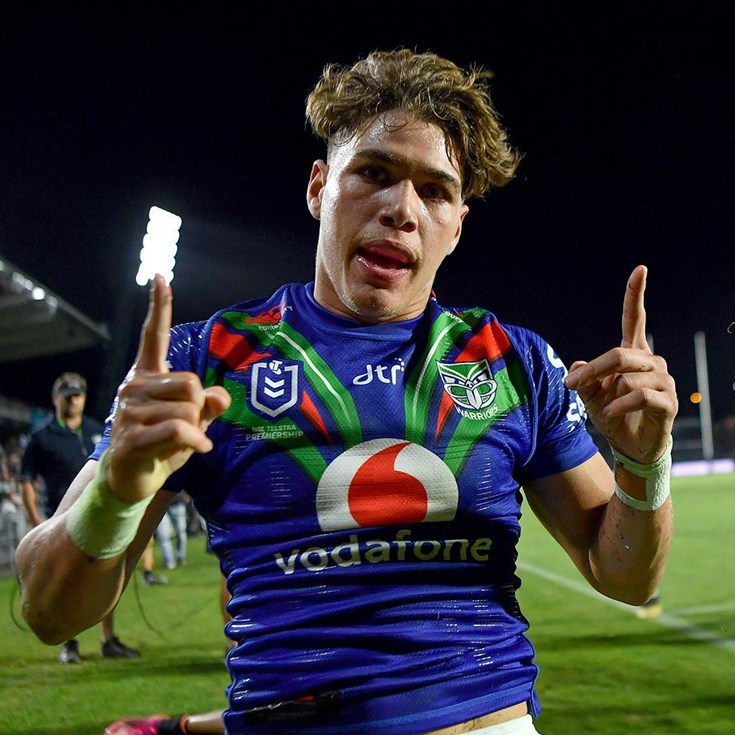 Walsh returns, but can he and RTS fit in the same spine?

Young talent team: Why the Maroons are set to rise again