Staring down a hostile Queensland crowd at Suncorp Stadium is no picnic but Jack Wighton is relishing the chance to face the rabid Maroons faithful after receiving his partner's backing to skip the birth of their third child and play for NSW in Origin II.

There was speculation on Thursday that Wighton would be forced to leave the Blues camp in Kingscliff near the Queensland border with his partner Monisha expecting baby No.3 "any day now".

But Wighton said he had made the tough call to remain with the Blues after organising a support network for his fiancee and their two young children, Ariah and Aaliyah.

It has provided welcome peace of mind for bench weapon Wighton, who is now looking forward to what has proven to be NSW's toughest challenge - claiming victory at The Cauldron.

"There is a bub on the way soon but it is all under control," Wighton told NRL.com.

"I have good people back there. There is no stress from my end and my partner is happy and content, it's all sweet.

"The baby could come any time now this week but the baby didn't turn so I think it will be next week."

NSW great Mark Geyer raised concerns for Wighton's availability when he claimed the Raiders gun would be tempted to return to his partner, even speculating that reserve Dale Finucane could be set to fill the potential bench vacancy.

"If you’ve got your mind on something other than the game at hand... best is you leave camp,” Geyer told Triple M.

"Obviously his mind is on the kid, as mine would be. I would be straight to my partner’s side."

But as he prepares to line up for his eighth consecutive Origin game the reigning Dally M Medallist said leaving the Blues was never an option.

"We had planned it all before I left for camp. We organised it all," he said.

"My partner is safe and well and she's got a good support system there, so whatever happens I will stay here.

"The home front is good and my other kids are healthy. I am in a good place."

Wighton admitted there were few tasks more daunting for a NSW player than running out at Suncorp Stadium but will have a spring in his step on Sunday after receiving Monisha's blessing with the new arrival imminent.

Wighton has savoured four victories in his seven Origin matches but none in Brisbane, making him the latest in a long line of Blues who have found Suncorp success hard to come by.

NSW have won just two of their past 14 games at the venue and five of the past 23, and the uninspiring stats don't end there for the Blues.

While NSW have won the first game of the series then lost the second only nine times in the past 40 years, seven of those defeats have been in Brisbane.

But Wighton was backing NSW to ice their third series win in four years after chiming into their record-breaking 50-6 opening victory in Townsville.

"Look at history and you can't get ahead of yourself. It's a tough game at Suncorp, you never know what can happen there," Wighton said.

"Origin is a different beast but if anyone is going to do it it is going to be this team here.

"All we can do is prepare our best. If we put it together on the night it will go a long way toward winning it."

Wighton also had a hunch about the gender of his third child.

"I don't know but I am tipping it's another girl. Another daddy's girl," he laughed. 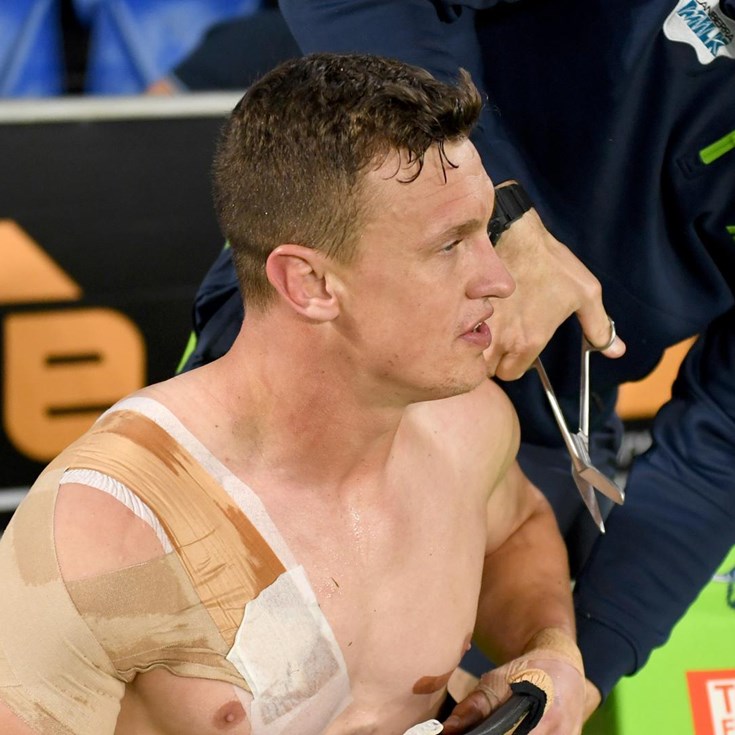 The playmakers set to take charge in State of Origin III

Has Freddy made the right halves call?