Saifiti recorded the top VB index score as he helped lay the platform for NSW to wrap up the series at Suncorp Stadium.

Queensland started with intensity and aggression, particularly through the middle, but Saifiti and co. absorbed those efforts.

In 53 minutes across two stints, Saifiti took 15 carries - nine of them resulting in a gain of eight or more metres - and made 30 tackles.

Per NRL Stats, the Knights star was the only starting Blues forward to surpass 100 metres (he finished with 128m).

Man-of-the-match James Tedesco posted an index score of 78 (built on the back of 24 runs - 15 for eight or more metres) to claim second place and NSW second-rower Cameron Murray (66) came next having made the second-most tackles behind Isaah Yeo with 43.

Jai Arrow (48) was the best-performing Queenslander on the index. The back-rower finished equal-10th with Blues prop Payne Haas.

Fullback Tedesco's captain's knock has pushed him to the summit of the overall leaderboard after games one and two with an aggregate index score of 149, just ahead of NSW winger Brian To'o (144). 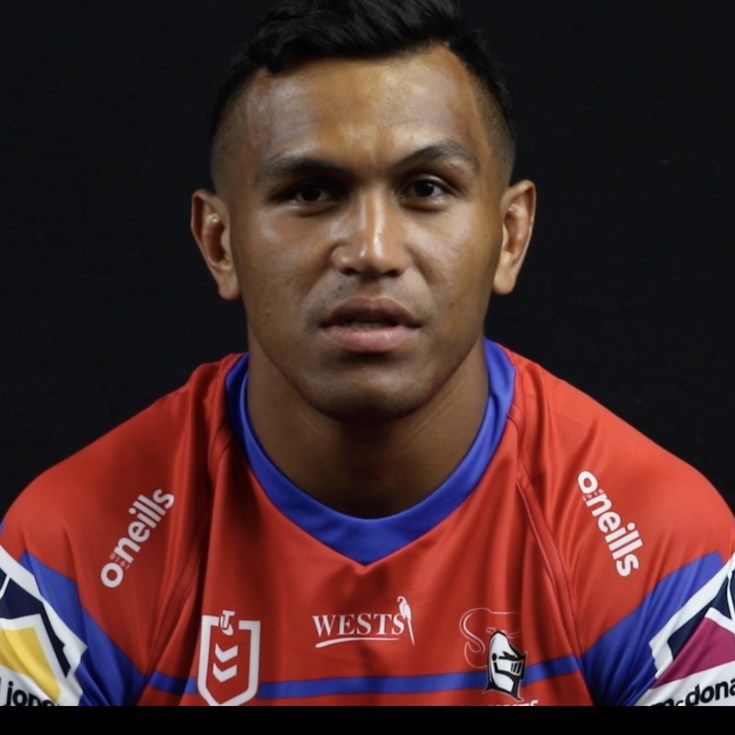 Daniel Saifiti reflects on his unforgettable debut for the Blues

Saifiti may suffer if Klemmer returns