Canterbury coach Trent Barrett has taken a holistic approach to the club's COVID-19 breach, preferring to focus on Kyle Flanagan's recall to first grade and a trio of rookies in line for NRL debuts.

Barrett will blood Falakiko Manu, Bailey Biondi-Odo and Chris Patolo on Saturday after five players were fined and placed into a 14-day isolation period for failing to follow stricter COVID-19 protocols.

The Bulldogs were also fined $50,000 for failing to "effectively communicate the restrictions to ensure players and officials understood exactly the obligations placed on them".

The club indicated they'll conduct an internal review before responding to the sanctions.

Barrett steered clear of the off-field punishment when discussing the matter on Thursday but was happier to discuss the return of Flanagan, who replaces Brandon Wakeham after the Fijian representative was one of five players sidelined.

Flanagan played the first nine games this season after his switch from the Roosters but hasn't been in Barrett's top side since.

"Whilst I'm really disappointed by the events earlier in the week, it's put us in a bit of a position with the team we've had to pick but someone's misfortunes are another bloke's opportunity," Barrett said.

"Kyle was excited. He's waited patiently there and played a couple of good games in reserve grade for Mounties.

"It's an opportunity for Kyle to get back into the team. It's been a bit of a learning curve for Kyle as well. We all tend to forget that he's only in the early stages and infancy of his career."

Barrett said Flanagan was coming into a Bulldogs side that had shown some good signs in the past month.

"We had a good win against the Dragons and good performances against Parra and Penrith but didn't get a win," he said.

"There are some things that Kyle has had to process over the last five weeks and I thought the longer that's gone he's really worked hard and hasn't moped around.

"He's trained hard and has put himself in a position here to play first grade again.

"Kyle's coming back into a team that is going OK and Jake Averillo is doing a good job as well."

Barrett was equally as motivated to hand debuts to Manu, Biondi-Odo and Patolo, who have been on train and trial contracts and development deals respectively.

"It's not every day you get to hand out debutants jerseys particularly to young blokes like Bailey, who has come through our junior system and Chris who is a local junior," he said.

"There's a good story around all three boys and that it's a hell of a lot easier to deal with missing a few blokes, to kick-start someone's career.

"It's one of the better parts of my job." 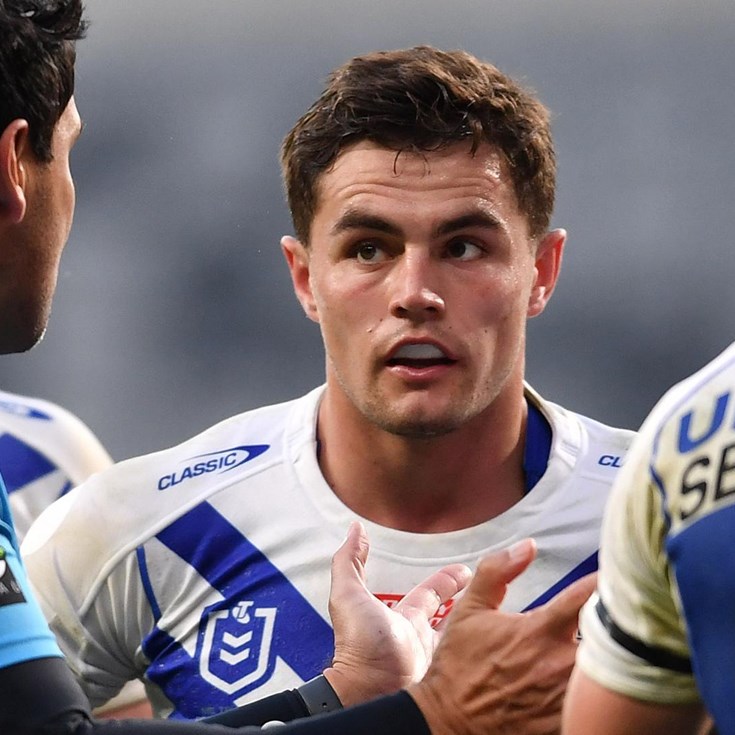 Why Barrett is confident Flanagan will rebound