Tevita Pangai jnr is set to join Penrith on a short-term deal that will take him from wooden spoon to premiership contention after another round of negotiations between the Panthers and Broncos.

NRL.com understands Penrith expect a contract for Pangai to join them for the rest of 2021 to be finalised in the next 24 hours.

Brisbane on Wednesday night announced that he had been granted a release while Canterbury have confirmed Pangai will arrive at Belmore in 2022 on a lucrative three-year deal.

Penrith officials have told NRL.com that the club has established the requisite salary cap space – around the $120,000 mark - to accommodate Pangai's pro-rata rate for the final five regular season games of 2021 and the finals.

The Broncos' sign-off on his exit from Red Hill came on Wednesday and Penrith expect to have the forward available to start training in the week leading into their round 21 clash with the Roosters.

Pangai is suspended until round 20 due to a crusher tackle from his last game in Broncos colours against South Sydney.

The Bulldogs have already filled their top 30 and did not have enough salary cap space entertain signing him for the rest of 2021.

As recently as Tuesday, Panthers officials had hosed down the possibility of Pangai jnr landing at the club on a short-term deal given their salary cap status.

But star prop James Fisher-Harris's return to Sydney from the South-East Queensland bubble for the next three weeks for the birth of his second child has prompted Panthers officials to reopen negotiations to strike a deal.

Fisher-Harris is expected to play against the Broncos on Saturday before leaving the Panthers' Sunshine Coast hub to support his partner Natalie Apikotoa in welcoming their newest addition.

Partners and family members of NRL players travelled to Queensland on Wednesday after receiving the green light to relocate but Apikotoa was unable to given she's in the final stages of pregnancy.

It's expected Fisher-Harris would need to undergo a 14-day quarantine in Queensland upon his re-entry into the Panthers bubble before he returns to the field.

It's understood coach Ivan Cleary has spoken to Pangai jnr during previous enquiries about a mid-season move as the Tongan forward's 2022 contract status ebbed and flowed this year.

His release has opened up a top 30 roster spot at the Broncos before August 2 as well.

"We wish Tevita all the best and we believe the fresh start is a good result for him and for the Broncos," said Broncos football and performance director Ben Ikin.

“Our club is moving through a process of making decisions for the long-term good of the playing roster and as a result we are seeing some players depart.

“We have also had a number of players re-sign and extend with the Broncos in recent months, as well as some high-quality players decide to join us here in Brisbane.

“We are making good progress in finalising our squad for the 2022 season and beyond, and we will continue to work closely with all of our players as we complete that process.”

Brisbane are in the market for an experienced prop for next season and have asked about Cronulla's Aaron Woods and Canberra veteran Ryan James, with the latter considered more likely for any immediate move.

Cowboys prop Corey Jensen is the latest acquisition in Kevin Walters Red Hill rebuild with a two-year deal understood to be close to competition.

Bulldogs coach Trent Barrett hailed Pangai's signing as a "massive boost" for his squad, while chairman John Khoury acknowledged the "enormous interest" in the 25-year-old, which saw the Tigers narrowly beaten for his services next season.

"He is a great ball runner and strong defender and someone who will be the perfect fit with the other forwards that we have," Barrett said.

"He is also a player with international experience who has performed well on that stage and someone who can be a leader within our group." 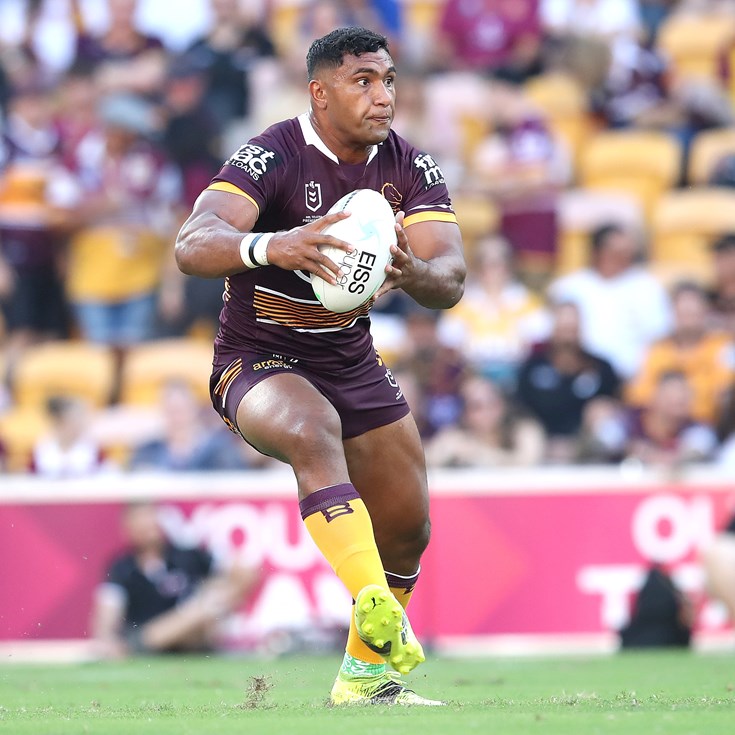