As Melbourne march relentlessly on to yet another finals appearance, their 11th in succession, the records continue to tumble and superlatives continue to flow for the most dominant team of the modern era.

When a handy player by the name of Smith called it quits in March, many questioned whether the Storm could maintain the rage without their 430-game spiritual leader, the man who had driven the standards for two decades.

Could Jesse Bromwich and Dale Finucane fill the void left by Captain Cam and could coach Craig Bellamy keep his team at the top of the mountain without his loyal sidekick who had helped plot their course to the summit?

When the Storm lost to fellow heavyweights Parramatta and Penrith within the first three rounds of the season the ranks of the doubters grew and Bellamy could have been forgiven for picking up the phone and asking Smith to reconsider.

Then they put 40 points on Brisbane and 52 on the Bulldogs before taking down their arch-enemies, the Roosters, 20-4 and smashing the Warriors 42-20 on Anzac Day and the juggernaut was back on the rails.

Magnificent Melbourne: Can the Storm juggernaut be stopped?

The Storm haven't lost since round three, racking up 40 points or more in 11 of their 14 victories and raising the bar to a level very few teams are capable of matching.

At the heart of everything they do is Bellamy, now in his 19th year at the helm and seemingly getting more astute with age as he masterminds the drive towards back-to-back titles and a third in five years.

In many ways, the beauty of Bellamy's coaching is in its simplicity.

From superstars like Cooper Cronk, Billy Slater, Greg Inglis and Smith to lesser lights like Bryan Norrie, Cheyse Blair, Brenko Lee and countless others who ventured south hoping to benefit from Bellamy's wisdom, the Storm supremo devises game plans to showcase the talents of every man on his roster, regardless of their reputation.

"You think Craig's this mastermind but he's just really good at making things simple for a lot of different positions," said back-rower Chris Lewis, who lines up for his 20th career game on Friday after becoming the Storm's oldest debutant in round four last year, on the NRL.com Podcast.

"If you're defending in the centres he's got the list of things he wants you to do and if you go out and follow his defensive principles and stick to the system then the bloke next to you knows what you're going to do in certain situations and they'll be able to react according to what you've chosen to do because everyone's done it.

"He makes it pretty easy.

"He's not asking you to be an amazing athlete and do crazy things, it's just in certain situations to do the things we train to do and he's got that broken down for every position on the field and you can go through and watch the video and he can show you exactly what you've done wrong or what you've done right and you can learn from it."

Lewis got his start for the Storm a week before his 28th birthday in 2020 and went on to play five games before cementing a spot in the 17 this season.

A year before his debut he'd been working as a teacher in Queensland and playing for the Sunshine Coast Falcons before being offered a Storm development contract and heading to Melbourne with no guarantees but plenty of desire.

"A lot of blokes come down here and maybe they've been made to play a certain way in a system and not played to their strengths," Lewis said.

"Craig is a big proponent of 'play to your strengths' so if I'm playing five-eighth I'm not going to be ball-playing like Jahrome Hughes or Cameron Munster would.

"I'll be more of a running threat.

"As much as you have to play in the system there is room for you to play the way you want to play.

"Christian Welch throws a lot of offloads but we don't practice all our front-rowers throwing offloads.

"That's something he is good at so he does it."

Watching the likes of Welch and Munster and Hughes run free in 2021 it's clear they have not been over burdened with complicated game plans.

They play what they see, they play to their strengths, and they know every one of their teammates is on the same page - whether they be a 264-gamer like Jesse Bromwich, a rookie like Dean Ieremia or a late bloomer like Lewis.

They know what their coach expects of them and they sure as hell don't want to let him down, but they also know there's a laugh to be had when the time is right, like Hughes cheekily filling Bellamy's kit bag with rocks last week and watching him struggle to carry it.

You know what they say about winners smiling and losers pleasing themselves, and Melbourne have certainly done plenty of winning under Craig Bellamy. 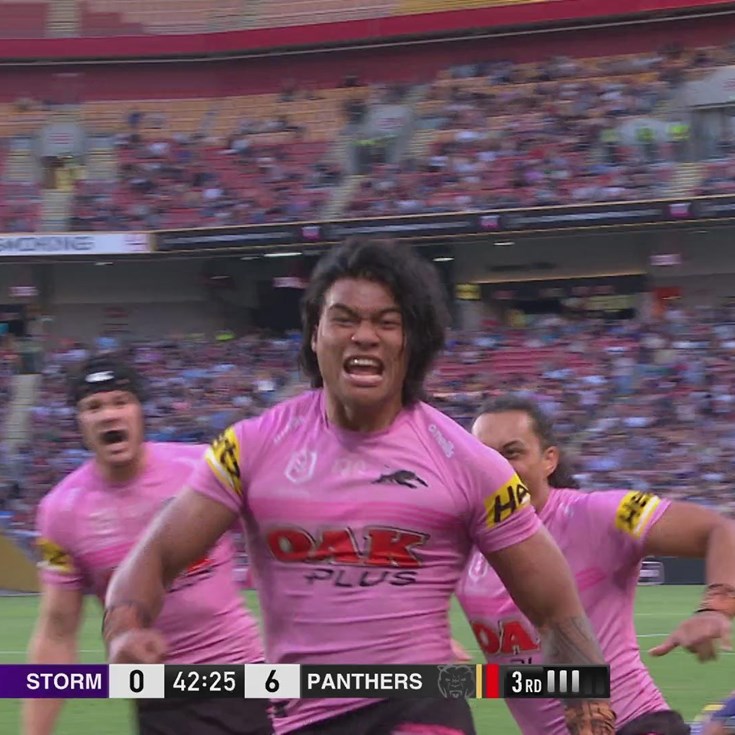