Fourteen days in hotel quarantine. A tiny room. No fresh air (for the most part). Not at all appealing.

That’s why I received several messages a day asking how I was coping here on the Gold Coast before I was able to do my job again and cover the NRL. The honest answer – it was worth every second. And I’d do it again.

It's just to do what I love and cover rugby league games. It’s the best job in the world.

I guess I didn’t have a choice but to love the game. It’s part of my DNA. Six of my relatives played for South Sydney and of course, my brother Chris played for the Wests Tigers.

Growing up in Campbelltown, footy was everything. I still vividly remember going to Eagle Vale St Andrews every Saturday morning or leaving school early to watch St Greg’s games.

It was a natural fit to work in rugby league and I’ve had some amazing roles. It started at the Eels, then I moved to Fox Sports, Channel 10 and now I work with Channel 9 and Triple M.

As for being a female working in the game, no one has ever made me feel like I don’t belong.

Even still, I used to put tremendous pressure on myself to prove I belonged. To prove I know the game. To prove I wasn’t just a girl who wanted to be on TV.

That eases with time and experience. Occasionally I still have moments. Just last week in a pre-game interview, I was overanalysing my questions.

"What’s the key to beating the Eels?" Was that too generic Emma?

Using footy to break down barriers

At the end of the day, everyone has their own style, but my role as a reporter is to get the best out of the talent. Not to waffle for 30 seconds about the Eels attack and expect the talent to agree. The same goes for male reporters.

Now people love to know what it’s like being a woman in sport, or a woman in television. The most common questions I get are about relationships between females in the industry. Who likes who. Are we super competitive with one another? To be honest, there’s a bit of that.

But what’s more profound are the women who are so incredibly supportive and go out of their way to help each other. At the top of that list for me is Erin Molan and Roz Kelly. Both always pushing me to chase new opportunities, singing my praises and offering valuable advice.

It’s not just women either. Matt Russell has been the biggest mentor for me. When we worked together at Fox Sports, I would send clips of my sideline work for the Under 20s or reading news bulletins. He’d offer feedback. Lots of it. All in his own time.

All because he genuinely wanted to help. Early on, he said the best piece of advice he could give was to focus on myself and not where others were heading in their careers.

It’s not easy. But when I finally got the hang of it, success and happiness flowed like never before. Hardly a coincidence.

It’s nice to reflect, but equally, it’s nice to set goals and to dream. One day I would love to call a rugby league game. Play by play.

I used to be hesitant to say that out loud. Would they really let a woman do that? Well, if we have women playing and hosting … why can’t we have a female caller too?

Emma Lawrence is a sports reporter and presenter with Channel 9

Tell Us What You Think
In 100 words or less, fire away, keep it clean and we will publish the best comments and questions with responses on NRL.com.

Sign up for the NRLW newsletter for all the latest news and information regarding the NRL Telstra Women’s Premiership and women’s rugby league, and be the first to find out when tickets go on sale 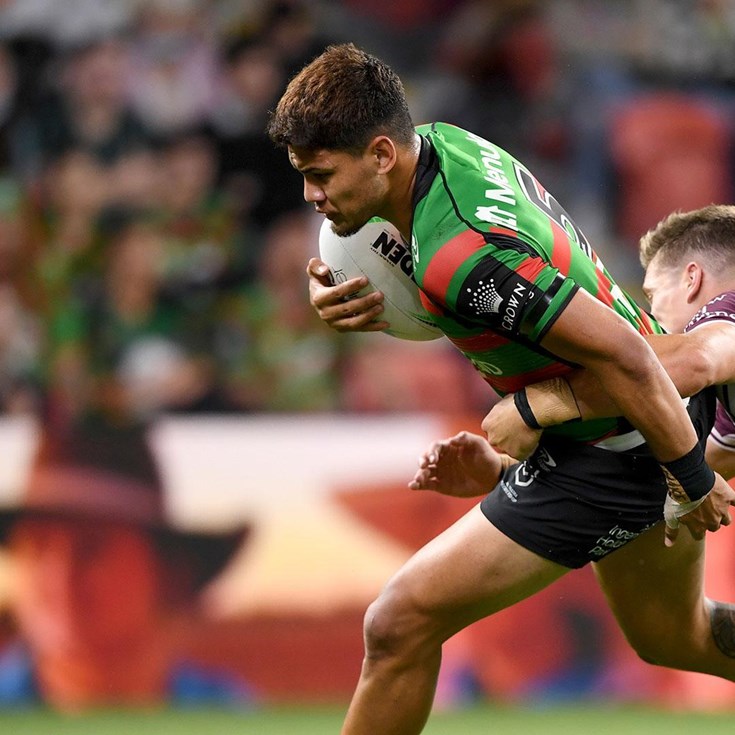 The showtime Rabbitohs at their absolute best!

The Rabbitohs defence comes up big to stop Turbo Tom

Taaffe rifles a pass to Johnston