As the regular season approaches its conclusion, I've got a clearer picture of the top four and have probably picked seven of the eight finalists.

However, I didn't overreact to the top teams winning in round 22 and the finishing order of the bottom half of the top eight is still muddy.

Haven't been pretty for the last two weeks, but have found a way to get the job done. Survived some close moments against the Raiders.

Maybe their best is still ahead of them. I wouldn't say Melbourne are pacing themselves, but they're certainly in a great position to go back-to-back.

A bit scrappy, but still good enough to easily account for the Dragons. The Panthers will be better for the run after welcoming back Nathan Cleary. They know their big matches are coming up.

Looking really good. South Sydney are scoring plenty - they have the second-best record in attack (689 points) - but have conceded the second-most points (400) out of the top five teams.

I want to see the Rabbitohs in some big games. They've got a huge test this weekend against Penrith in what I think will be the game of the year.

Get Caught Up: Round 22 must-see moments

I could've had Manly higher because they were very impressive, but the cheekbone injury to Tom Trbojevic scares me a little bit.

I probably didn't realise just how important he was at the start of the year, but we've all seen how impactful he is. Can the Sea Eagles live up to the hype without him? I want to see that before I start promoting them back up.

It's great the Roosters had a win over the Broncos and find themselves in the top four. It doesn't get any better than that considering the adversity they've faced.

However, it's probably a bit concerning that some of their key players are having to do so much to win those games. They're going to have to be better as they face some quality teams in the coming weeks.

The Knights weren't pretty against the Sharks, but it was a game they would typically lose. You give yourself confidence and a chance to make the eight by winning games like that.

I really liked what I saw despite them being less than perfect.

The premiership window has shut for this year. I don't see how they recover and even make it past week one of the finals at the moment. The Eels just look lost and directionless.

Their energy isn't there and that's why they sit so low on the Power Rankings. This is a side that should be competing with the top four or five and they can't do it.

Every try from Round 22

The Raiders just give everything. They empty the tank and play for each other. This has been one of their toughest seasons with all the outside noise, but they continue to fight and stay in it.

I think they're a really big chance of making the eight.

I know they lost to the Rabbitohs, but Gold Coast's "finals" game is this weekend. If the Titans can beat the Storm, they're almost certain to bounce off that with confidence and make the eight.

Kosi scores his first try in the NRL

The Warriors produce gutsy efforts from time to time where they find a way to win. They did that on Sunday against the Bulldogs. Probably shouldn't have won with some of the skill they showed, but they put themselves there.

Getting some more quality and time together in the halves is the puzzle for me. How do they get these halves each week being able to stay on the same page and in the same combinations?

I still think Cronulla are a massive chance to make the finals, but jeez, they throw away some games. They should have won the last two matches and almost cemented their spot in the eight.

The Sharks play some really puzzling football at times, which is confusing and hard to watch if you're a supporter. They're dwindling away but still have a really friendly draw.

Good without being great. They've kept their finals hopes alive, but the challenge for the Tigers is rising to the occasion.

Every time they've been met with an emotional occasion or they've needed to win a game, they haven't been able to do it. I'm pressing the pause button on them.

Really wasted opportunities this year to make the eight. The Dragons looked set to play finals footy and have now lost five in a row.

The energy and the enthusiasm are not where they need to be to compete for a top-eight spot.

Unlucky for the game to end like that against the Roosters. And when you're not winning, those calls tend to go against you. Not on purpose, but that's just the way that it works.

The Broncos still tried really hard against a quality team. The challenge is to back it up with an effort - scrambling defensively, showing urgency. We need to see that from week to week.

I don't think I've seen a quicker drop than the Cowboys' through the middle of the year. Something hasn't worked up there.

There are some big questions in the off-season about what their team looks like next year.

Tried hard but they haven't learned anything about what it takes to win a game. Canterbury continually make mistakes in their own end - and that's OK when you're still learning to be a good team.

But they do some really silly things with their discipline - with the ball and without the ball - and that's why they continue to lose. 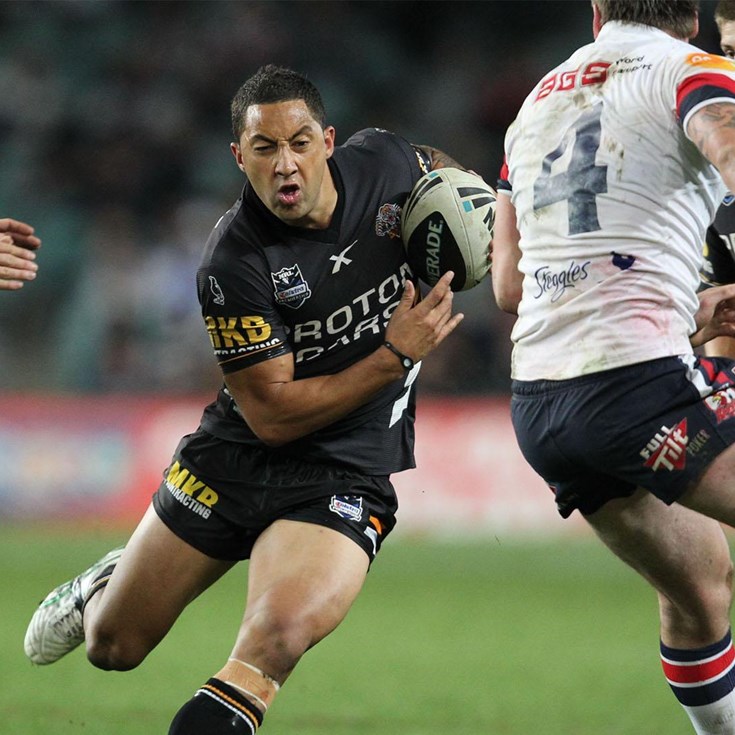