Cronulla interim coach Josh Hannay believes the Sharks can emulate the feats of the 2017 Cowboys and become a genuine premiership threat if they snatch eighth place.

The Sharks are vying for the remaining play-off berth and may have to wait until after next Sunday’s Titans-Warriors clash to know whether they are in the finals but past experience has convinced Hannay that if they make it anything is possible.

Hannay was on the Cowboys coaching staff in 2017 when players gathered at a pub on Sunday afternoon to cheer Canterbury to victory against St George Illawarra in the knowledge that they would be beginning end-of-season celebrations if the Dragons won.

Despite being without injured co-captains Johnathan Thurston and Matt Scott, North Queensland won their way from eighth place to the grand final before eventually losing to Melbourne.

"I know that strange things can happen if you get to the finals and if you can get on a run it doesn’t really matter where you finish," Hannay said ahead of Saturday night’s clash with Brisbane at Suncorp Stadium.

"At the Cowboys in 2017 we snuck into the finals and we made it all the way to a grand final that year so if we can get to the finals it is a fresh competition.

"We have got two big weeks ahead of us so we want to really make sure we finish  off the job and get to where we want to get to."

They have also had to overcome the shock sacking of coach John Morris early in the season, which propelled Hannay into the interim role ahead of the arrival of Craig Fitzgibbon next year.

Cronulla lost their first five matches after the coaching change and when asked if he had ever doubted they could be finals contenders, Hannay said: "Only every day for the first two months that I took over".

The Sharks played Melbourne, Penrith and South Sydney in succession during that period, before going on a four-match winning streak and Hannay said the resilience his young squad had shown convinced him they would be a force.

"I do have to take my hat off to the playing group for the position we've got ourselves into where we do have a top-eight spot to play for," Hannay said.

"It was a tough period when I stepped into the role and we had our really tough part of our draw. We were dealing with a lot and dealing with injuries, and putting out a team that wasn't our best side, and changing up how we wanted to play.

"But I could never fault the way the players came to work and there was never any sense that they'd given up or it was all a bit too hard.

"They just kept coming to work and doing what was asked of them. With that, we started to get some troops back and I was always confident we'd turn a corner."

Fullback Will Kennedy has been one of the NRL’s most improved players this season and rookie halfback Braydon Trindall has shown in recent weeks that he could be Cronulla’s long term No.7, while playmaker Connor Tracey has made a centre berth his own.

Trindall partnered fellow rookie Luke Metcalf in the halves for the first time last weekend against Wests Tigers and the pair led Cronulla to a 50-20 win that put paid to the finals hopes of their rivals and elevated the Sharks into eighth place on for-and-against. 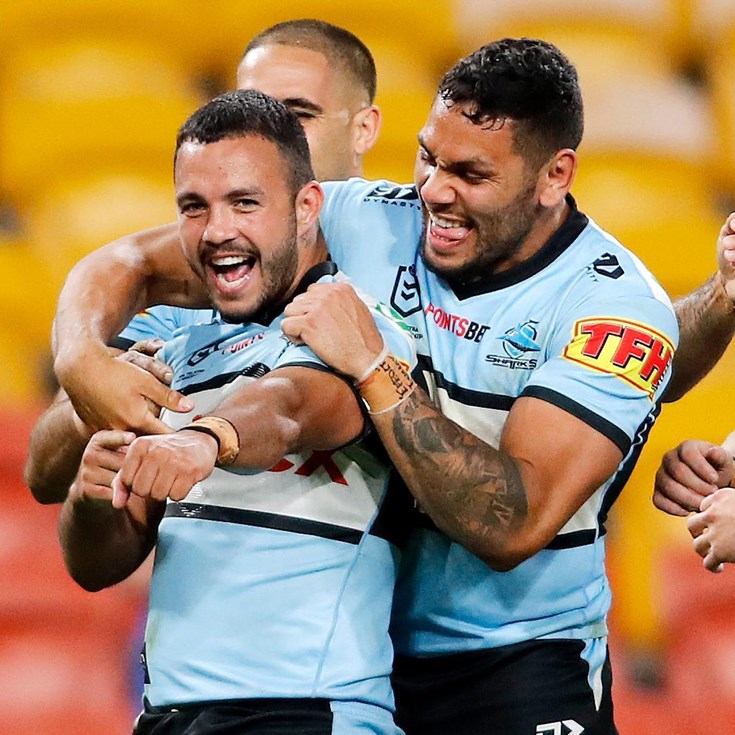