Manly find themselves in the top four at the perfect time and one more win will ensure a double chance in the finals, although they may not even need a win depending on how the Roosters and Eels have fared in earlier games.

The way Des Hasler's team has responded from a horror first month has been one of the great storylines of 2021.

But now they're there, they need to cash in on the opportunity.

Given how the Cowboys performed in the second half of their drought-breaking win over the Dragons last weekend, that will be no easy feat.

North Queensland have endured a largely forgettable 2021, but boast a host of young forwards who look set to provide a brighter future.

Ben Hampton was ruled out on Friday with a groin complaint, with Daejarn Asi replacing him in the centres. Lachlan Burr was the other player to drop out in the 24-hour submission.

Connelly Lemuelu is the 18th man with Tom Gilbert dropping off the extended bench an hour before kick-off.

The Cowboys are aiming for back-to-back wins for the first time since Round 12.

Sea Eagles: Taniela Paseka (ankle) was close to a return last week but was held back and will play on Saturday night.

Paseka will come off the bench, with Josh Aloiai dropping out and Toafofoa Sipley starting at prop.

Sean Keppie got out of 14-day quarantine last week following the birth of his child in Sydney and is expected to come off the bench before the finals.

Moses Suli is the 18th man with Kurt De Luis dropping out of the squad one game day.

The Sea Eagles have won four of their past five games against the Cowboys.

Tom Dearden v Daly Cherry-Evans. Dearden will be bolstered by finally having a win under his belt in Cowboys' colours. His tireless work ethic is something that can only inspire those around him. Cherry-Evans, on the other hand, is a wonderful player who has designs on taking his side to a premiership.

Swapping the No.13 jersey for No.8 didn't stop Jason Taumalolo from enjoying a great match against the Dragons in Round 24. In 19 runs he racked up 209 metres, and had two tackle breaks. 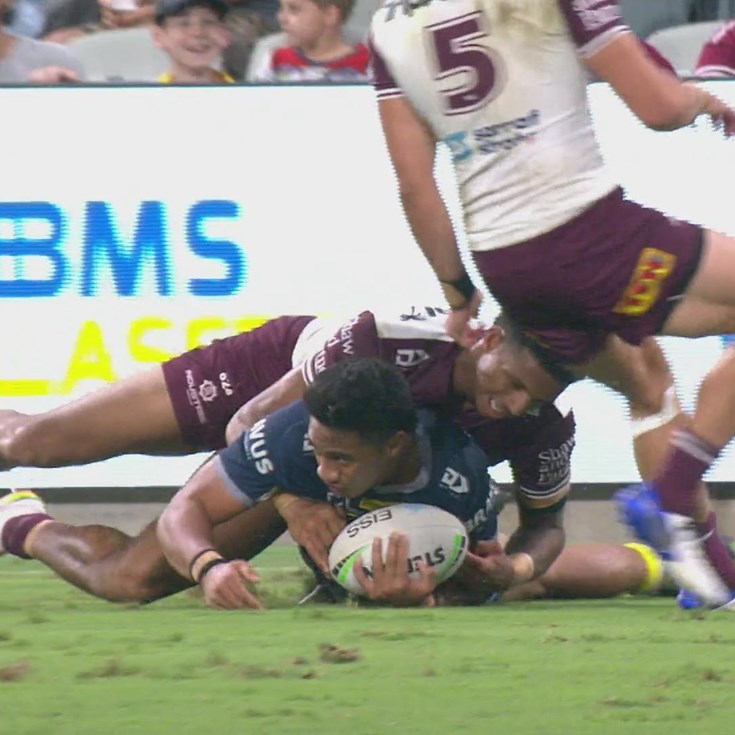 Saab produces two big defensive plays back to back

Jake Trbojevic rewarded for stellar season with double against the Cowboys

Tom Trbojevic is in rarefied air heading into the NRL finals

Hamiso and Saab light up the early stages