The Bulldogs will say goodbye to talented outside back Will Hopoate in a match that will see both sides playing for nothing more than pride.

If things go their way, Wests Tigers can finish as high as 11th. That still won't give their fans a lot to cheer them up over the summer, but it is still better than 13th.

Last-placed, or at least a share of it, has belonged to the Bulldogs all season.

They have a host of big-name players joining the club for 2022, meaning some of the team they'll send out on Sunday are facing uncertain futures.

Wests Tigers: Moses Mbye (head knock) is out, with Zac Cini named at fullback and Kelma Tuilagi joining the bench. James Roberts will be the 18th man.

Mbye and Tui Simpkins were omitted from the initial 21-man squad on Saturday.

Wests Tigers have won their past three games against the Bulldogs.

Bulldogs: Kyle Flanagan was left out of the Canterbury team an hour before kick-off, with Jake Averillo to start at halfback.

Dylan Napa will start at prop in his final match for the club, with Jack Hetherington moving into the second row and Corey Waddell back to the interchange bench.

Bailey Biondi-Odo and Falakiko Manu were omitted from the playing squad 24 hours before kick-off.

The Bulldogs are aiming to avoid a club record-equalling 11th straight loss.

Stefano Utoikamanu v Jack Hetherington: The young Tiger has come of age in 2021, averaging 10 hit-ups and 100 metres per game as well as busting 35 tackles and crossing for six tries. He has been a shining light in another disappointing for Michael Maguire and will look to round out the season with another strong display.

Hetherington may sail close to the wind at times but he refuses to take a backward step regardless of a rival's reputation, as he showed against Manly on Sunday. It's the last hurrah for both these sides so expect the forwards to leave nothing in the tank.

The Wests Tigers can never be accused of letting their teammates take one-out runs. They have the most support runs, decoy runs and offloads in the NRL through 24 rounds. 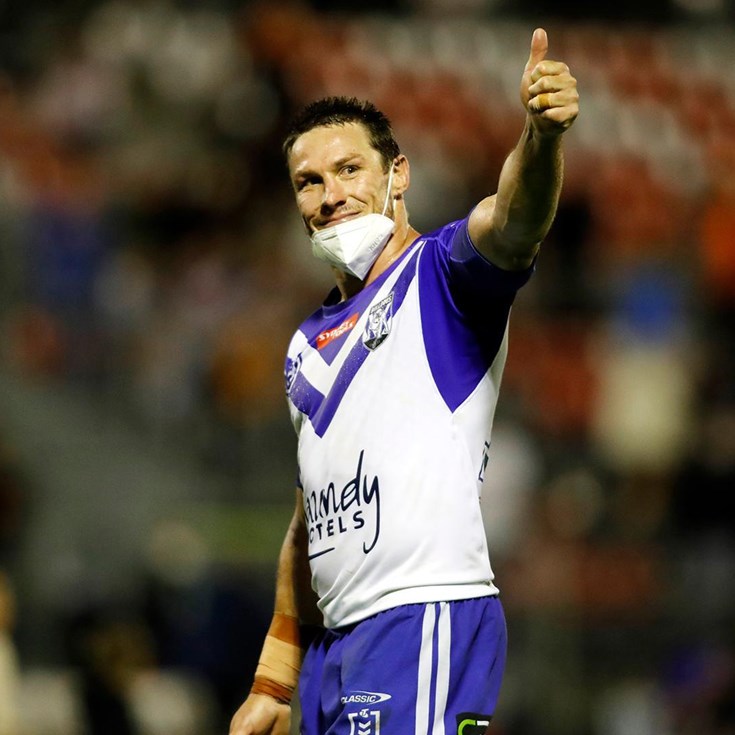