Some teams are happy to be in the finals and others know the hard work of winning a premiership is only just beginning.

Starting this weekend, every player, coach and club has something to prove. But some have more than others.

With that in mind, the experts at NRL.com have identified who they think will be under the greatest scrutiny.

There are top-line players who fans want to see fire in September and clubs on the verge of great things.

The Titans now that they have made the finals after their best performance of their year. They now want to show everyone they can compete - and win - at this level. They will be going into Saturday confident they can get a win over the Roosters.

Panthers. Matt Burton and Tevita Pangai jnr make them a better side than last year. A number of them played Origin this year which makes you a better player and have more big-game experience. If they win it all this year then I think they could win three of the next five titles.

Panthers. Now is the time for them to get the job done. They're good enough, they just need to get it all right over the next four weeks. I will be watching them closely.

Parramatta coach Brad Arthur and the Eels spine. There are question marks over their ability to compete with the best teams. They've gone out the back door in previous finals series and need to perform on the big stage to silence the critics.

The Titans go into their elimination final against the Roosters with plenty on the line. With just 10 wins across the season, they have an opportunity to show that they aren’t simply making up the numbers.

Rabbitohs. In the last three years, they have fallen one win short of a grand final and there are doubts about whether they can go further this season without Latrell Mitchell.

Whether it's fair or not, Brad Arthur and the Eels are carrying the weight of 35 years of history on their shoulders. While they aren't accountable for many of the past near-misses, if they can't turn Parramatta's finals fortunes around this time around, there will be plenty of questions asked.

Parramatta. Their 1-5 finals record under Brad Arthur is a sore point for this side. A loss to the Knights on Sunday would be disastrous for everyone involved with questions around Arthur and his star players sure to intensify.

Freddy hesitant to back Blake as Bunnies fullback

Kalyn Ponga. There are no doubts as to his ability, the challenge that remains for him is to produce his best in high-pressure situations. If the Knights give him field position, he should be the best player on the field on Sunday.

Tom Trbojevic has produced a stunning season but the Manly superstar will want to prove himself on the finals stage. Turbo missed the 2019 play-offs after suffering a pec injury in round 24 and his only appearance in a final came in 2017 when the Sea Eagles were eliminated by Penrith in week one.

Cody Walker. The Bunnies five-eighth has been heavily criticised for his inability to rise to the occasion and be dominant in a "big game". South Sydney need Walker to stand up even more now without Latrell Mitchell.

Panthers. Ivan Cleary’s squad has been dominant for two years now. After last year’s grand final loss, anything short of a title will only amplify doubts over whether this squad is the real deal.

Rabbitohs. Wayne Bennett’s proven his point seven times over but this is his last chance to secure a title with the Rabbitohs. Latrell Mitchell’s season-ending suspension offers a ready excuse but how will the skinny coach’s Redfern tenure be remembered if it amounts to three impressive campaigns that ultimately fell short?

Perhaps unfairly, the knives will come out for Brad Arthur if the Eels falter. Arthur has done well to coach the team to three straight finals series but they’re yet to progress past week two. One thinks Parramatta will have to reach at least the preliminary final to silence the doubters.

Probably the Panthers. Yes, they're still young and their premiership window is wide open, but after producing two of the best regular seasons in recent memory they'll be frustrated if they come away empty-handed again after this year's grand final. They'll also lose some depth with Kurt Capewell and Matt Burton leaving at the end of the year.

All eyes on the Eels. A desperately hungry fan base, disappointing finals exits two years in a row and dip in form late in the season to drop out of the top four. They must prove they’re not week-one wonders and go deep into this finals series. 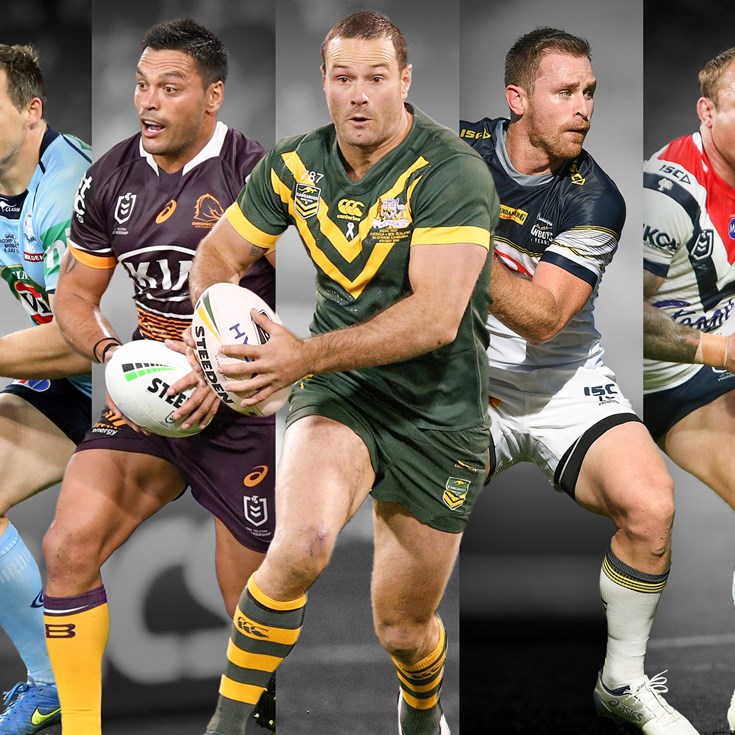