Panthers halfback Nathan Cleary sunk the boot into the Rabbitohs on Sunday night with a barrage of pinpoint bombs that kept them pinned deep in their own end.

Statistics from the 14-12 grand final victory show the effectiveness of the Clive Churchill Medallist's kicking game at Suncorp Stadium.

Of the 21 kicks Cleary launched, 11 were attacking. South Sydney playmaker Adam Reynolds, meanwhile, nudged the Steeden 17 times but only placed five attacking kicks throughout the match.

The accuracy with which Cleary landed his high kicks proved crucial. He hoisted 10 bombs and helped force five drop-outs as Penrith chased hard to push back the Rabbitohs' catchers.

Cleary averaged a gain of 20.83m per bomb and was almost perfect in his execution, not conceding a single 20m restart.

On 10 occasions Cleary kicked from inside South Sydney's 40-metre zone. Only four times was he forced to kick from inside his own 40 metres and eight times from inside Penrith's half.

Twice Cleary found space with long kicks while Reynolds achieved the feat three times. With Reynolds usually having to clear the ball instead of kicking to build pressure or contest possession, South Sydney struggled to put themselves into attacking range.

Whereas Penrith's back three thrive on eating metres early in the tackle count - particularly winger Brian To'o and fullback Dylan Edwards, who both surpassed 200 metres in the grand final - their Rabbitohs counterparts are more about finesse and finishing.

A lack of kick pressure aided Cleary, but his precision and Penrith's strong defence importantly sapped the Rabbitohs' energy. 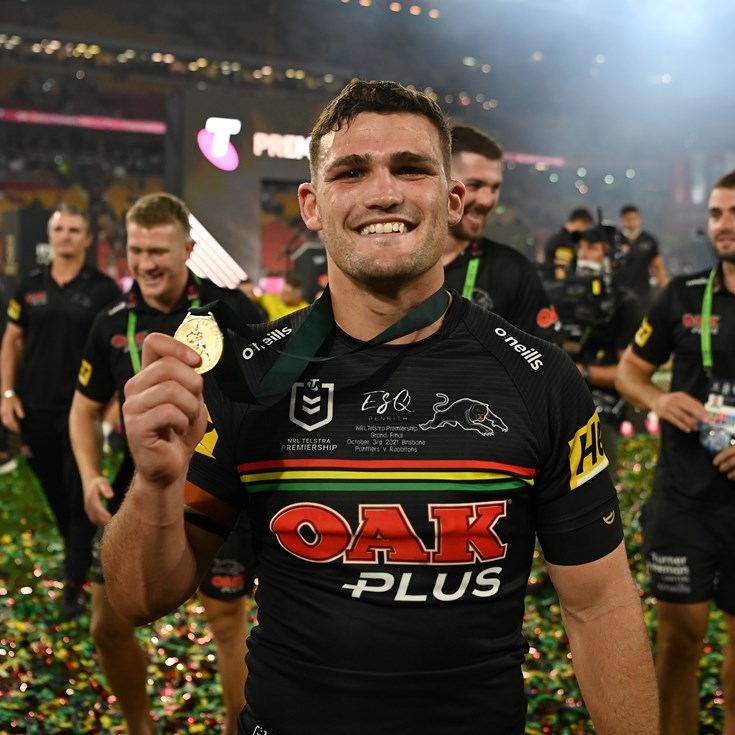 'Out of this world': Cleary's Clive Churchill Medal moment with Dad