Norm Provan’s record of 10 grand final triumphs with St George is unlikely to ever be surpassed and the game’s 13th Immortal will forever be remembered through the awarding of the Provan-Summons Trophy to each year’s premiership winning team.

Provan, who alongside Arthur Summons was one of the game’s Gladiators, passed away on Wednesday after a long battle with illness.

The imposing backrower was a central figure in St George's 'Never Before, Never Again' era, playing in 10 of the club's 11 successive grand final victories from 1956 to 1965.

He was captain-coach in the last four of those and later coached at Parramatta and Cronulla, taking the Sharks to the 1978 grand final and replay after drawing 11-11 with Manly.

Tributes poured in from around the game on Thursday for the man affectionally known as “Sticks”, who was named in the 2008 ARL Team of the Century and awarded Immortal status in 2018.

A photo of Provan consoling Summons, the Western Suburbs captain, after the 1963 grand final became synonymous with the game and was sculptured into the premiership trophy in 1982.

“Sadly, the game has now lost both of our ‘Gladiators’,” ARLC chairman Peter V’landys said. “But our Provan-Summons Trophy will live on as an acknowledgement of Norm and his good mate Arthur. They will be missed, but always remembered.”

“Norm was revered for his leadership and his courage as a player – but also his incredibly humble, kind and genuine nature as a person.”

NRL CEO Andrew Abdo said Provan was one of the most respected figures in the game and a rugby league legend.

“Norm was a wonderful player and role model. He set high standards for himself and those around him, evidenced by his remarkable achievements,’’ Abdo said.

“Norm played 256 Premiership matches for St George through the 1950s and 1960s, represented Australia on 31 occasions, and was deservedly named in the Australian Rugby League Team of the Century in 2008. As an Immortal, Norm’s contribution to the game will live on forever.”

"Norm was instrumental in St George's great run of 11 premierships, a feat we will never see occur again.

"Everyone involved with St George District and the St George Illawarra Dragons wish to send their condolences to Norm's family."

The legend, the gladiator, the immortal, Norm 'Sticks' Provan.

“Norm Provan was a true giant who achieved unparalleled success across all levels of the game,” Trodden said.

“He represented NSW, he represented Australia and his record of playing in 10 of 11 premiership-winning teams at the Dragons is something that will never be repeated.

“He was one of the greatest players to ever lace up a boot and an equally great man off the field, who was very humble with an unassuming demeanour.

“It is fitting that he will forever be remembered with the Provan-Summons trophy as he epitomised everything that is wonderful about the game of rugby league.”

VALE Norm Provan Member #301
Dragon Gladiator Immortal@menofleague extends its deepest sympathies to the family of Norm Provan. Upon hearing of Norm’s passing, Souths and Roosters great Ron Coote said “He was a great player, a great man and a great leader”
May he rest in peace pic.twitter.com/KQ7vYOe1xe

Fellow Immortal Wally Lewis and coaching great Phil Gould were others to pay tribute to Provan.

“He was arguably the most respected rugby league identity in the history of the game,” Lewis told Channel Nine.

“Many people believe he was the guy behind the success of the St George Dragons through their golden period.

“His respect in rugby league cannot be questioned. Of course there is that famous trophy with Norm and Arthur Summons, which is going to move up in importance.”

Gould posted on Twitter: “I was fortunate enough to meet Norm Provan on a number of occasions. There was just something special about him. His stature. His manner. His caring nature. The many tributes flowing today are thoroughly deserved. His passing is sad, however, his immortality is guaranteed. RIP” 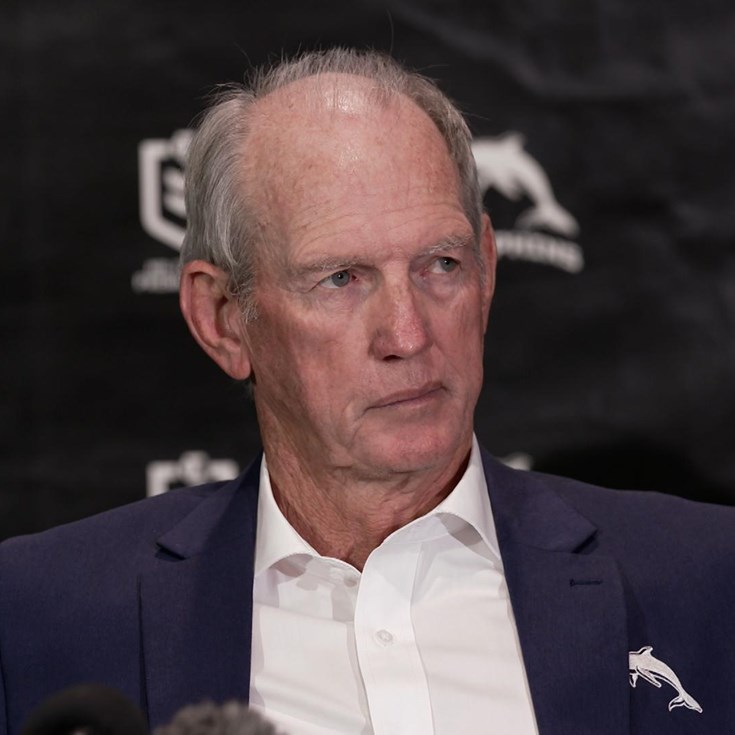