Unfailingly tough and durable, Paul Gallen was the ultimate workhorse.

The indefatigable lock, who debuted in 2001, is regarded as one of the greatest Sharks players of all time, having spent his entire 19-year career in the Sutherland Shire.

His crowning moment came in 2016 when he captained the club to its maiden premiership. Scenes of Gallen tearfully embracing Cronulla legend Andrew Ettingshausen after the grand final win over the Storm showed what it meant.

A long-time NSW skipper, some of Gallen's finest performances were in the State of Origin arena and he was at the helm when the Blues snapped Queensland's unprecedented eight-year winning streak in 2014.

He enjoyed plenty of Test success, winning 29 of his 32 matches for the Kangaroos and featuring in the 2013 World Cup triumph.

Gallen retired from the NRL at the end of 2019, aged 38, as the most-capped Sharks player (348 premiership games). But he continued to showcase his tremendous athletic ability by furthering his professional boxing career. 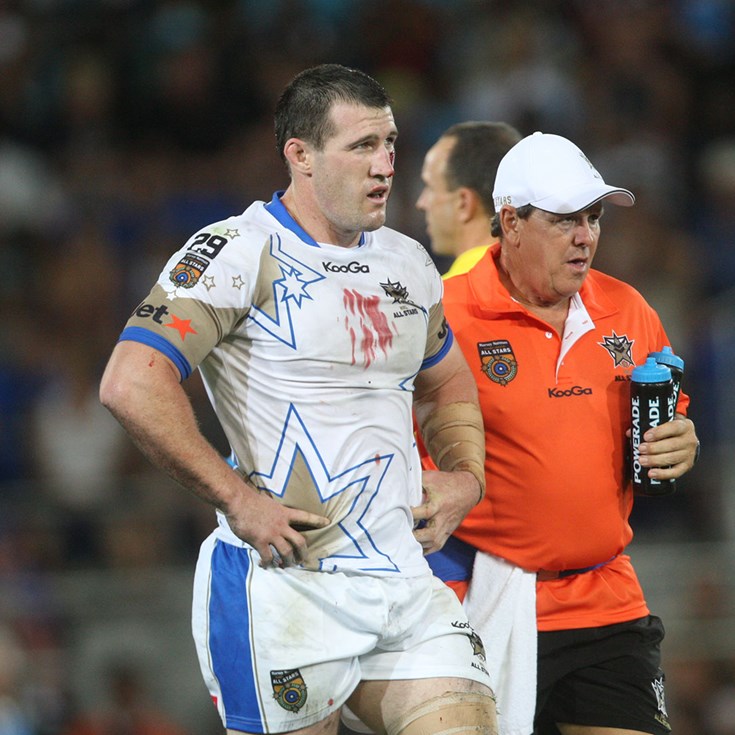 Taumalolo edges out Gallen for Lock of the Decade

The NRL Brain Teaser: Test your knowledge of Paul Gallen