One Community got into the festive spirit early and threw the One Community Christmas Party at ANZ Stadium on Wednesday. More than 30 players put on their Christmas cheer and celebrated with some special kids coming off a tough year, a few Elves, cupcakes and a whole lot of balloon animals.

We sent footy tragics and league bloggers Kiki and Sassy to meet the kids and chat to the players.

We jumped in our sleigh (also known as Kiki's Jeep), whacked on our cutest Santa hats and flew out to Homebush to check out the Christmassy activities at ANZ Stadium. Much to our delight the locker room had been transformed for the day into a Christmas wonderland, including a huge tree decorated entirely in NRL ornaments. The kids and the players tucked into an amazing spread of party food and everyone knows food always tastes better in smaller packages, right?

St George Illawarra players Michael Lette, Peni Tagive and Luke Priddis upped the 'aaaaw' factor by nursing babies and toddlers for photos while South Sydney's Jamie Simpson settled in for a long chat with a young Dragons fan. "I'm here to do a bit of recruiting for the Bunnies" he joked.

We joined the kids and the players and hit the grass of ANZ Stadium to try out the jumping castle and run through some football drills. Trust us, if you haven't seen a grown man dressed as an elf (complete with curly elf shoes) throwing a footy around, you just haven't lived.

For young Parramatta fan Oscar, it was his second trip onto the field. He walked out to meet Hazem El Masri, Darren Lockyer and the NRL premiership trophy before the game at the 2009 Grand Final, but he was such a devoted fan he couldn't bring himself to touch the trophy in case it proved bad luck for the Eels.

Dragons fan Lewis is a survivor of infant leukaemia, all thanks to his brother Billy's bone marrow, and the two of them showed off their skills in the running relays.

Much to our delight, we got to play Santa and find out everyone's Christmas wishes - check out the video to find out who sat on Sassy's knee, and who wants a premiership for Christmas next year. 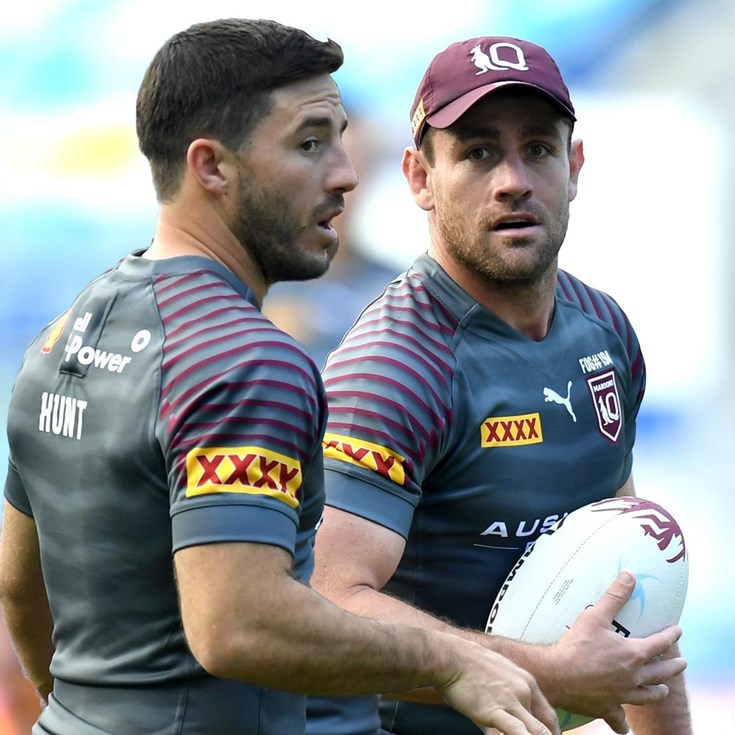