Since the Eels are not a factor in this competition – they are a long last on 10 points, from just three wins and 15 losses, and need binoculars to see the second-last team, Wests Tigers – the main interest for a lot of people will be to see what happens if and when Eels bench prop Mitchell Allgood and Sea Eagles centre Steve Matai come to grips.

The vagaries of the NRL draw meant these two teams met for the first time this season only four rounds back, and towards the end of a predictable big win for the Sea Eagles at Brookvale Oval, things got nasty. Allgood came in and produced a swinging arm in a tackle on James Buhrer, who was already wrapped up, and Steve Matai ran across to Allgood to object. Allgood threw several punches that connected with Matai's head, and after the pair were pulled apart Allgood was sin-binned.
That ended the game for him, since it was the 73rd minute, and there has been a bit of sledging between the two teams since. We will have to wait to see if it comes to anything, but Matai would have to be crazy to do something stupid and risk a long suspension as the competition enters the business end of the season. Expect him to be smarter than that.

The Sea Eagles went through a difficult mid-season period in which, during an eight-game stretch, they won just two, drew one and lost five. But they at least remained competitive, and they have since recovered to win four in a row. That run has put them in third place, but with the fourth-placed Storm on the same number of points (27) and the fifth-placed Bulldogs only three points behind, they can't feel comfortable.

The Sea Eagles are still pulling their game together. Even when they beat the Eels 50-10 they were a bit off, and in their wins over the Cowboys (34-14), Titans (38-20) and Tigers (36-18) you could see elements of their game they still need to work on. Their defence needs to get tighter, for a start, and if they have got the right attitude in that department they could keep the Eels to single figures here.

The Eels have lost nine in a row. In their last start, they conceded three tries inside the first 10 minutes before going on to lose 40-12 to the Bulldogs. Eels halfback Chris Sandow is languishing in NSW Cup, and with Luke Kelly out injured coach Ricky Stuart has switched Ben Roberts from five-eighth to halfback. Stranger things have happened, but on form the Eels look to have no chance of even getting close, let alone winning.

Api Pewhairangi comes in at five-eighth for the Eels, with Roberts switching to No.7. Darcy Lussick moves from second row to lock, with Joseph Paulo dropping from lock to the bench. Reni Maitua rises from the bench to second row.

The Sea Eagles have added two players – James Hasson and Peta Hiku – to what is a six-man bench. They are otherwise unchanged.

Watch Out Eels: The Sea Eagles' outside backs are eating up tries this season. Winger Jorge Taufua, who is surely headed for major representative football, has 14 from 18 games. Jamie Lyon has 11 from 18, fellow centre Steve Matai 10 from 17, and the other winger, David Williams, nine from 17. The likelihood is that at least half of them – and probably more – will add to their totals this week.

Watch Out Sea Eagles: This is a really difficult space to fill, given the awful form of the Eels. But if something good was to happen for them, then props Fuifui Moimoi and Tim Mannah have certainly got the ability to get it started by eating some big metres up front.

Plays To Watch: If his passes to support players out wide are accurate, Ben Roberts can put the defence under pressure – but he has some big mistakes in him too. He has got to be sharp here for the Eels. Watch for the Sea Eagles to bring out the party tricks if they get well on top here.

They love the kick back inside for Brett Stewart to storm down the centre, take the ball on the full and score. Kieran Foran, Daly Cherry-Evans and even Jamie Lyon from wider out have all got that ability to put the ball on the spot off the boot.

Key Match-Up: Eels centres Ryan Morgan and Willie Tonga each missed four tackles against the Bulldogs. It's true, if things are going wrong inside them then it becomes very difficult for the wider men to stop the rot, but the bottom line is that if Morgan and Tonga are loose at all in defence here, the Sea Eagles' outside backs are way too good not to take full advantage of it.

Where It Will be Won: If the Eels can somehow find it in themselves to produce one of the great defensive efforts then maybe they can frustrate the Sea Eagles into making errors and give themselves a chance that way. But the overwhelming likelihood is that the Sea Eagles will be patient enough to do the work and wait for the tries to come. And once they start coming, there should be plenty.

The History: Played 129; Eels 45, Sea Eagles 80, drawn 4. The Sea Eagles have won seven of the past 10 clashes, including four of the past five. The past four clashes at this venue have been split 2-2.

NRL Live 2013 App: Gives you access to every NRL game this season on your iPhone, iPad or Android smartphone as it’s being broadcast on TV, with up to six live games each week, including the Eels v Sea Eagles clash. Plus latest live scores, breaking news, comprehensive match highlights and full match replays.

The Way We See It: It looks like a total mismatch on paper. Complacency in the extreme on the Sea Eagles' behalf looks to be the Eels' only hope. The only negative for the Sea Eagles is that they are coming off a five-day turnaround, but they would be looking forward to this match. If the Sea Eagles are on their game, the winning margin could be anything. Sea Eagles by 18 points. 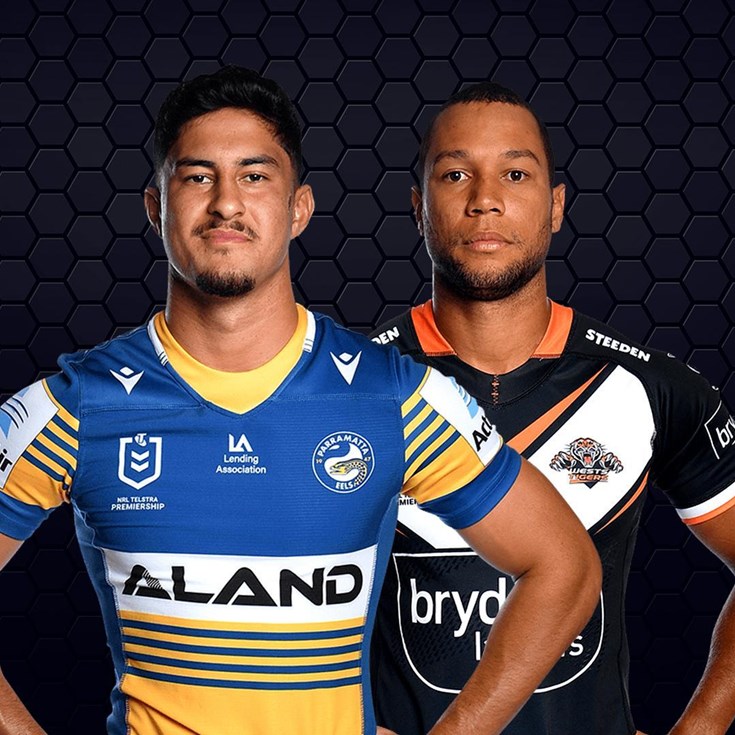