With Holden NRL Fantasy launching on Friday, January 24, here's a sneak peak at a few prices for the game's highest-rated players.

The best fantasy player in rugby league starts the year as the top dog once again. The captain and starting hooker for Melbourne, Queensland and Australia will start the new season as the only player valued at more than half a million dollars in NRL Fantasy, and he simply does it all. Tackles, try assists, goals, smart dummy-half runs – expect Smith to hit the ground running once again this year.

Farah will face off against Smith at State of Origin level and is also his main rival in NRL Fantasy as the game's best hooker. The departure of Benji Marshall may give the tireless Wests Tigers skipper even more on-field responsibilities this season, and like Smith he's likely to hit scores in the 60s more often than not.

Brisbane's new co-captain is another genuine all-rounder – he makes plenty of hit-ups, tackle breaks and offloads in attack, frequently leads the Broncos' defensive efforts and kicks goals to boot. The retirement of former Brisbane kicker Scott Prince should mean a few extra points each week for Parker.

Can the barnstorming big man match his monster performances from a breakthrough 2013 season? Fifita was simply superb for Cronulla last year and deserved his Origin and Test call-ups, combining a brutal running game with a terrific work ethic. He's already leapt past Paul Gallen as the Sharks' top fantasy player, but can he keep it up for multiple seasons?

One of the beneficiaries of the revised scoring system, which includes points for try saves and kicks defused, Dugan has pipped Greg Inglis ($394,400) as NRL Fantasy's most expensive winger/fullback at the start of the season. Dugan made a stunning individual start to life as a Dragon last season – scoring tries, kicking goals, busting tackles and saving the odd try on his own line. His price has been increased based on that impressive cameo in the Red V, but will he match those efforts this year? With Gareth Widdop leading a group of new signings at St George Illawarra, Dugan may no longer be the go-to man for the Dragons in attack.

Gallen's occasional shift into the front row in recent years has led to a slight reduction of minutes, meaning the Sharks skipper is no longer the 80-minute superman he once was. The hard-running, hard-tackling Test lock will still crank out the occasional 80-point score, but don't expect him to have the consistency of Fantasy's other top-price forwards.

Cherry-Evans leads a pack of impressive NRL Fantasy halves, who as a rule score well through kick metres, try assists and the occasional line break or try. Where the man they call DCE excels is his workrate in defence and his strength in attack – Cherry-Evans was the top tackler among NRL halves last season and also breaks through the defensive line on a regular basis, making him one of the strongest all-round players in NRL Fantasy.

This guy is a pure tackling machine. The Raiders lock can be expected to make 45+ tackles every single week, and is also capable of popping offloads and running smart lines in attack. But his bread and butter is in delivering guaranteed 50-point Fantasy scores week in, week out. A slightly worrisome injury record is Fensom's only concern.

Perhaps a surprise inclusion, Sezer and Albert Kelly were a revelation as the Gold Coast's halves pairing last season – both on the field and in fantasy terms. While Kelly's natural attacking flair makes him capable of posting the occasional big score, Sezer dominates the general kicking duties for the Titans and kicks goals as well, making him one of the most consistent halves in the game.

The hardest worker in the Dragons pack has been handed dual position status this season, available in the front or back row after having played at prop and lock last season. Merrin plays big minutes, runs the ball hard, is a great offloader and does a lot of tackling, making for one of Fantasy's best all-round forwards. 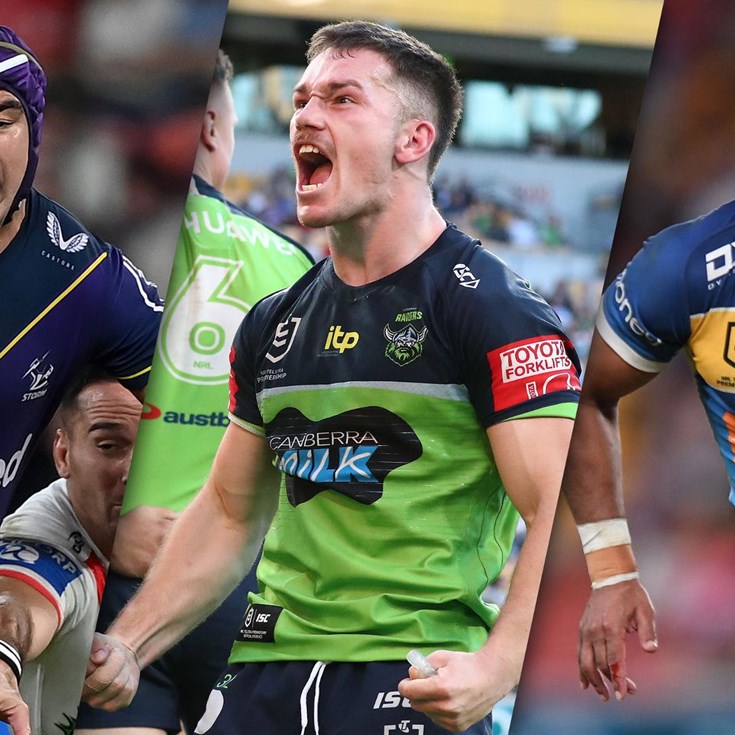 NRL Fantasy Winners and Losers: Round 10