Season 2014 has been somewhat of a mixed affair for the both the Raiders and Panthers ahead of their Round 10 showdown in the nation’s capital.

The Raiders have been sent reeling over the past two rounds, conceding a combined 108 points to the Sea Eagles and Warriors on the road. But it wasn’t too long ago that the Green Machine were taking points off genuine title contenders in the Rabbitohs and Storm.

Conversely, the Panthers are a hard side to gauge. They’ve done well to defeat the Bulldogs and Titans at home, and push Melbourne all the way at AAMI Park, but have dropped points to the Eels and Sharks – two sides they match up favourably against.

After nine rounds, the ladder is beginning to sort itself out, with Penrith sitting in sixth spot on a respectable 10 competitions points. Meanwhile, the Raiders find themselves in 14th with just three wins, further highlighting the need for a favourable outcome on Sunday afternoon.

Understandably, Ricky Stuart has swung the axe and made some significant changes to his side. Mosese Pangai will make his Raiders debut on the wing after Bill Tupou was dropped, while Jack Wighton will move back into the centres for Matt Allwood. Captain Terry Campese will return to five-eighth for Wighton, while Josh McCrone will play halfback. Jarrad Kennedy will start in the second row, with Kangaroos Josh Papalii and David Shillington also returning to the starting pack. Dane Tilse, Joel Edwards and Paul Vaughan have moved to the bench.
Coach Ricky Stuart has named a massive eight-man bench with any of Shannon Boyd, Kyle O'Donnell, Sami Saulima and young halfback Mitch Cornish a chance of coming into the 17 on game day.

For the Panthers, James Segeyaro will start at hooker for a second week thanks to Kevin Kingston’s niggling foot injury. Nigel Plum is out due to concussion, while prop Tim Grant has been brought into the side on the bench.

Watch Out Raiders: The Panthers have both incredible talent and depth out wide. Josh Mansour ran for a lazy 249 metres, and made 13 – yes, 13 – tackle breaks last weekend. David Simmons is no slouch either, with 123 run metres and two tries in the win over the Knights.

We all know the importance of wingers in the modern game, and Canberra will certainly look to limit the impact of both these men at either end of the field. They’ll also demand more of their own outside men, with the Raiders recording the lowest average kick-return metres (79.2) of any side in the competition.

Watch Out Panthers: While it was confirmed earlier in the week that 2014 would be his final season in the nation’s capital, Anthony Milford will be keen to impress. Despite the heavy loss to the Warriors, the livewire fullback still managed a game-high 20 runs, 194m, and six tackle breaks.

Get your ticket to NRL Round 10

Plays To Watch: Jamie Soward has been firing in his first year at the foot of the mountains. His precision kicking and passing has at times been exceptional during the early stages of this season. Look for Mansour to be the beneficiary of some exceptional service from his five-eighth.

For the Raiders, Shaun Fensom is one to keep an eye on. His efforts in defence are well-documented, but his work with ball in hand often goes largely unnoticed. Fensom’s offloads and ability to create second-phase play are crucial for the Raiders each week. If you watch him long enough, you’ll soon realise why many have called for his inclusion in rep sides each year.

Where It Will Be Won: Defence. The Raiders have been leaking points, particularly down their left edge. They have the dubious honour of conceding the most line breaks (51) and points (258) thus far in 2014. At home, it’s up to Ricky Stuart’s side to turn in a defensive performance both they and their fans can be proud of, first and foremost. Defensively, the Panthers have made huge strides, having hardly been blown out of the water at any point this season.

The History: Played 65; Panthers 32, Raiders 32, drawn 1. The Panthers have a good recent record over Canberra, winning six of their last 10 fixtures. It’s unlikely we’ll see a repeat of 2008 (Round 22), where the Raiders handed Penrith a 74-12 drubbing at this very venue. Both sides last met in Round 5, with young gun Dallin Watene-Zelezniak claiming a double to help Penrith to a 12-6 victory on a dreary evening at Sportingbet Stadium.

The Way We See It: This is a crucial game for the home side. Of course they’ll be gunning for the win, but above all else, a good performance is a must as they look to steady the ship. All signs point towards a Penrith win, but it might be closer than you think. Panthers 1-12. 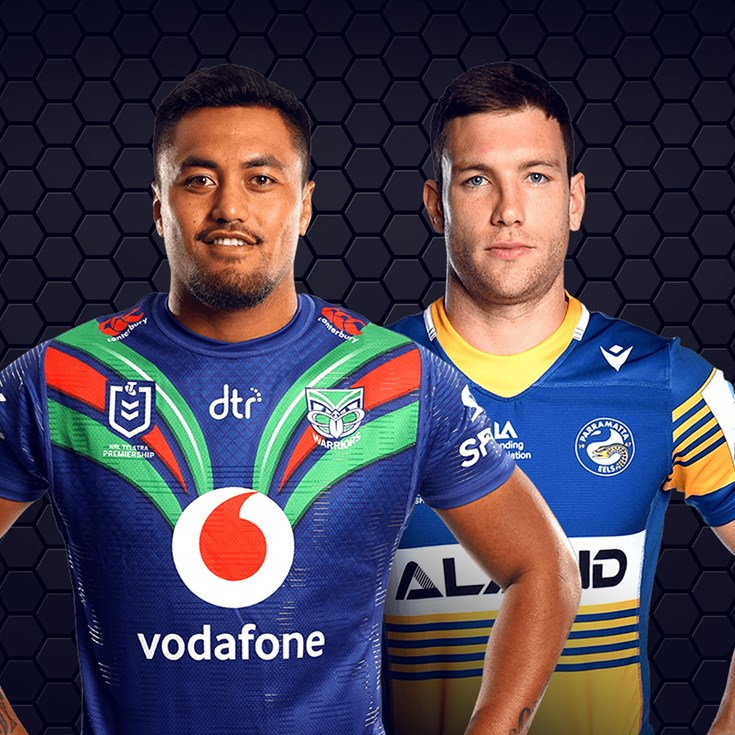