All the key ins and outs for Holden NRL Fantasy heading into Round 20.

Knights: Kurt Gidley is out with a groin injury, with Tyrone Roberts coming in at halfback while James McManus replaces Jake Mamo on the wing. Mamo could come back into the side at fullback with Darius Boyd being admitted to a mental health clinic this week for treatment for depression. Jarrod Mullen ($327,884) managed 55 points in a losing side last week and is a point-of-difference option in the halves with about 50 points a week.

Roosters: Just a reshuffle for the Roosters this week with winger Nene Macdonald starting on the wing, Shaun Kenny-Dowall returning to centre, Aidan Guerra named at lock and Frank-Paul Nuuausala on the bench. Jake Friend ($380,159) scored 70 points in about as many minutes last week, with 51 tackles, a try assist and a 40/20, and he remains one of the better hookers in Fantasy. Boyd Cordner ($299,420) won't score two tries every week but after a season-high 80-point effort is Fantasy's best forward under $300K. Sonny Bill Williams ($317,962) hasn't passed the 50-point mark since Round 13 and could be worth upgrading to one of the genuine big guns (Parker, Fensom, Sam Burgess, etc).

Broncos: Ben Barba has been named at five-eighth this week after playing there last week, with Josh Hoffman back in the No.1 jersey, while Matt Gillett returns to the back row. Corey Parker ($377,968) has been turning back the clock with some stunning recent performances, and he did just about everything – including a try save and two try assists – in last week's 89-point effort. Ben Hunt ($423,471) also goes from strength to strength, while Andrew McCullough ($389,191) dropped below $400,000 for the first time since Round 4 after scoring a mediocre 36 on the weekend, with fellow hooker Jake Granville remaining on the bench.

Storm: Ryan Hinchcliffe starts again at lock with Jordan McLean back to the bench, with Junior Moors dropping off an extended bench. Captain Cam Smith ($435,103) let nobody down with 80 points last week.

Panthers: Josh Mansour ($334,477) has again been left out of Penrith's side this week, with the Panthers expecting him to miss another couple of weeks with his ankle injury. Peter Wallace returns at halfback, meaning Matt Moylan shifts back to fullback, Dallin Watene-Zelezniak moves to the wing and Lewis Brown drops back to the bench with Isaah Yeo starting in the second row. James Segeyaro ($378,722) keeps repaying the 10,000 or so Fantasy coaches who own him with strong performances, with a try and 49 tackles helping him top 76 points against the Roosters.

Sharks: Siosaia Vave is out, with Sam Tagataese, Chris Heighington and Matt Prior added to a seven-man bench. Paul Gallen ($472,707) has been left out of the side again with his biceps injury despite pushing for an early return over the weekend. Andrew Fifita ($371,195) proved a handy replacement for Gallen last week with 60 and his price has almost bottomed out.

Titans: Dave Taylor is in hot Fantasy form – with all four of his 50+ scores coming in his past five games – and he's again been named at centre this week. He should become a dual position player in Fantasy this week as well. Luke Bailey is out with a hamstring injury, while Greg Bird returns from suspension at lock. Mark Minichiello ($346,084) is averaging 63 over his past five games, having averaged less than 32 before Round 14. He's made at least 100 metres and four tackle breaks in each of those last five games, having done neither in any game from the first half of the season. Daniel Mortimer ($196,580) has doubled his price tag since joining the Titans and is a handy back-up scorer.

Eels: Parramatta are unchanged this week. Jarryd Hayne ($430,039) is a great option at winger/fullback or half but his price may put him just out of reach for most teams. Isaac De Gois ($217,654) made 52 tackles last week and is making fast money.

Bulldogs: Josh Morris is back at centre, while Moses Mbye has been named at five-eighth for the final week of Josh Reynolds' suspension. Josh Jackson ($274,787) is back in the second row, pushing Tim Browne out of the side, while Pat O'Hanlon and Damien Cook are added to the bench. Tim Lafai ($261,787) remains a hold due to his ability to bust tackles (he notched six tackle breaks and a try last week) while James Graham ($366,132) remains a very solid Fantasy prop.

Cowboys: Unchanged after finally snapping their away losing streak. Johnathan Thurston ($389,670) and Newcastle-bound lock Tariq Sims ($305,988) are the two men in Fantasy form at North Queensland, with Jason Taumalolo now well and truly in the "sell" bracket.

Warriors: Ngani Laumape is back on the wing, replacing David Fusitua, while Sam Rapira bumps rookie Agnatius Paasi off the bench. Sam Tomkins ($343,484) shook off talk of a hip injury last week to pick 56 more valuable points, while Simon Mannering ($383,991) continued his remarkable form with 68 points including his seventh try from as many games. Shaun Johnson ($377,696) may have flopped with 19, but it was a rare low spot for the halfback and he's worth holding for now.

Sea Eagles: Cheapie James Hasson replaces Tyson Andrews on the bench in Manly's only change. The Sea Eagles have a few good solid Fantasy scorers but none worth buying if you haven't got them already. Daly Cherry-Evans ($345,058) continues to be a little underwhelming this season while Anthony Watmough and Brett Stewart both hit poor scores last round.

Tigers: Dene Halatau has been added to the bench. A late upgrade gave Robbie Farah ($476,567) a rock solid 69 points last week and keeps him atop the Fantasy rankings as the only player to average better than 70 points a game. Aaron Woods ($360,727) is in the James Graham bracket of safe-as-houses front-rowers, while Mitchell Moses ($136,025) is sensational value at his price – although he won't produce five try assists every week like he did on Sunday.

Dragons: Shane Pumipi and Charly Runciman are the new names on the bench this week. Josh Dugan ($347,042) has been a solid scorer at centre but doesn't look likely to threaten the 100-point mark without the room to move he had at fullback.

Raiders: Canberra have stuck firm with the team that gave Melbourne a decent run last week, with Matt Allwood added as 18th man. Those who picked up Anthony Milford ($307,425) last week wouldn't have been thrilled with his return of 24 points, but he's always been a hit-or-miss Fantasy scorer.

Rabbitohs: Ben Te'o and Bryson Goodwin are in this week, with Ben Lowe moving to the bench and Lote Tuqiri out suspended. Things look a little bleak for Adam Reynolds ($362,643) who was subbed for the very impressive Luke Keary late in the contest against the Eels on Friday night, with Keary again wearing the No.14 this week. Sam Burgess ($480,262) is on track to be the top scorer in Fantasy this season, with another huge 87-point effort on the weekend taking his weekly average past 65. He's also overtaken Robbie Farah as the most expensive player in the game. Dylan Walker ($370,785) continued his crazy run of form with 69 on the weekend, while George Burgess ($344,442) is dropping in value but is due a big game.

Start playing Holden NRL Fantasy now, get more hints and tips on my NRL.com page, or join in the Fantasy conversation on Twitter or Facebook. 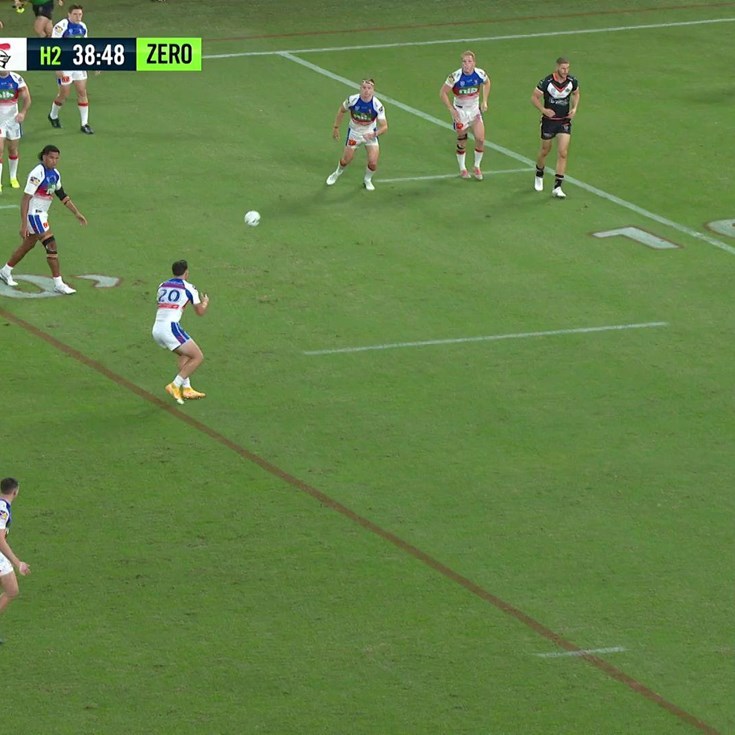