Who's the best replacement for Andrew Fifita? Who's the best choice for Fantasy captain this week? How many trades has the Lone Scout got left? Here are this week's answers to the big Holden NRL Fantasy questions.

But first, don't forget that Round 23 starts on Thursday night with Souths taking on the Broncos. With the rolling lockout you can still make trades after Thursday night, but your captain, vice captain and all Rabbitohs and Broncos players will be locked in.

From Kaiden Shipley
I have both George Burgess and Andrew Fifita to trade out this week. Who are my best options to trade in? Have some cash in the bank as well.

With heavyweight forwards Fifita and 'Gurgess' joining fellow Fantasy freak Shaun Fensom on the sidelines – Burgess copping a two-week suspension and Fifita out for the year with a broken arm – it's time to make the most of your last few key trades. Fantasy coaches who have a few trades left and need to fix up a weakness elsewhere could downgrade one of those players and use that cash to strengthen another position (guys like Jarryd Hayne, Cameron Smith and Robbie Farah are just about must-haves), but most people will simply make a straight swap for the next best available forward.

Here's how I'd rank the top 10 contenders at this stage.

1) Sam Burgess ($474,333) – FRF or 2RF – Great player having arguably his best year in the NRL, and a leading captaincy contender in Fantasy

2) Paul Gallen ($472,707) – FRF or 2RF – Is back this week after being sidelined with a biceps injury and a virus. Should get through plenty of work for the Sharks in Fifita's absence, even if not 100 per cent fit. Like Burgess, he's averaged in the mid-60s this year.

3) Corey Parker ($398,360) – FRF or 2RF – His front-row role means he's not quite the Fantasy player he once was, but Parker remains one of the best all-round forwards in the game and is hitting about 55 points a week.

4) Josh Jackson ($318,812) – 2RF – One from left field perhaps, but Jackson has been getting through plenty of work in the past few weeks for the Bulldogs, averaging almost 58 points in the last three weeks. Keep in mind he scores mostly through tackles, and the Dogs have been forced to do a lot of defending in their four-game losing streak, so his scoring may drop if Canterbury start dominating games again.

5) Trent Merrin ($322,112) – FRF or 2RF – A traditional worker who averages 52 points a game this season, Merrin's not getting huge minutes since coming back from injury a few weeks back but that could/should change in the weeks to come.

6) Matt Scott ($360,477) – FRF – The best prop in rugby league has been producing the goods in Fantasy this season. Doesn't match the tackle counts of the names above but produces massive run metres every week.

7) Jason Taumalolo ($280,929) – 2RF – Taumalolo's move into the middle of the park for the Cowboys has coincided with his two best scores of the season. He's not playing 80 minutes but he gets a lot of action while he's on the field, with nine tackle breaks in Round 21 and two tries and 191 metres last week. Unlike guys like Jackson, Taumalolo gets his Fantasy points through attack, so is thriving in North Queensland's recent winning run.

9) Aiden Guerra ($335,932) – 2RF – An 80-minute man in the Roosters back row, Guerra is regularly hitting 30+ tackles and 100+ run metres every week, resulting in four straight 50+ scores in the past month. Beware though that Sonny Bill Williams is set to return to the Roosters' star-studded pack in the next week or two, which will affect Guerra's scores.

From Matthew Robbins
How many trades do you have left LS?

Just the one, and it will be used on replacing Fifita this week.

From Andrew Schumacher
I've made my head-to-head finals series, how does it work?

Same as the regular NRL finals, with a top-eighth system that gives the top-four teams a second chance if they lose in week one. Check the league fixtures on fantasy.nrl.com to see how the games will play out.

From Marty Evitt
Who's the best captain choice this weekend? Will Surgess get more than 49 this time against Broncos? Will Hayne go close to 90 again against Doggies? Will Gallen be back to his best straight away? Farah? Smith? Such a hard choice!

I'm leaning towards Sam Burgess. He's been a great all-round Fantasy scorer this season and hit 81 after returning from injury last week, so there's no reason why he can't do it again. Gallen's in a similar boat, although the fact he hasn't played since mid-July makes him a bit of a risk. Farah and Smith are always great chances to score big and both should improve on last week's returns – Farah made 58 tackles but couldn't do anything in attack with his team being smashed 64-6, while Smith couldn't get through his usual defensive workload against Newcastle in a game that featured a dozen tries.

And then of course there's Hayne, who's rewriting the rules on how many points a fullback can score in Fantasy at the moment.

Impossible to know for sure, but my vote goes to Burgess.

From Mark Wolfe
Hi LS, I'm playing someone this weekend who I know is going to have Jarryd Hayne as their captain. But I know he has zero trades left so he's limited to the team he has. Should I trade out Fifita for someone cheap but will still get me 20-30 in order to bring Hayne into my side? Or should I stick solid with Cam Smith as captain? Thanks.

I like the tactical thinking. Basically it comes down to how your teams match up elsewhere: if you have the stronger all-round side than your opponent then you may want to "cancel out" his captain by getting Hayne in as well – even if it means risking a lower total score. If you have the weaker side, it's probably wise to get the best replacement you can for Fifita and stick with Smith as captain – as he's probably the safer captaincy option anyway. Hayne has five scores under 50 this season (and four under 40), so if he doesn't score a try or two he's no guarantee to get a big score.

As always, double check the official team lists, NRL judiciary results and the casualty ward - plus the Friday late mail - before locking in your team. Best of luck for the weekend.

Start playing Holden NRL Fantasy now, get more hints and tips on my NRL.com page, or join in the Fantasy conversation on Twitter or Facebook. 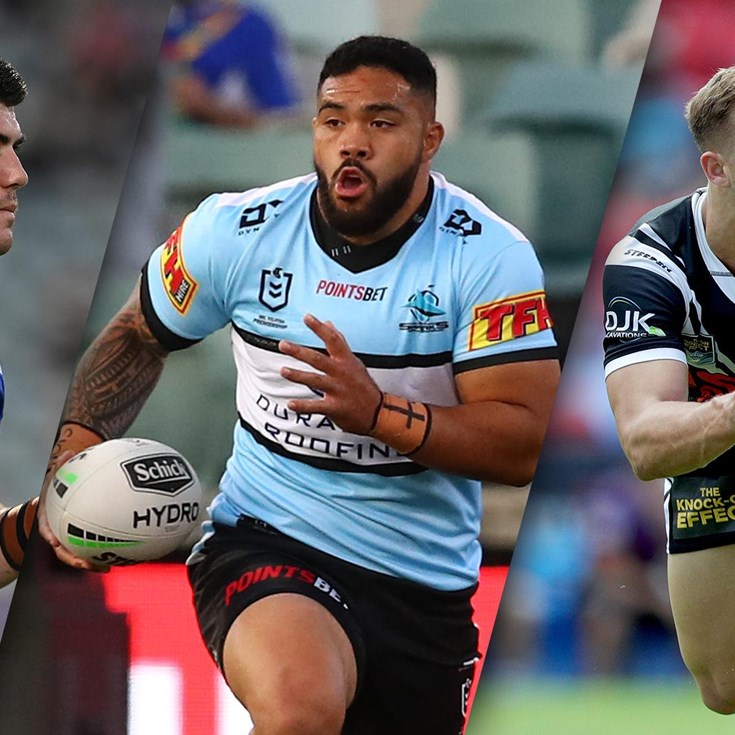