The size of the Blues' bench has been well documented throughout this year's Holden State of Origin series although their starting forwards deserve as much credit based on their metre-eating capabilities.

Aided by big boppers such as David Klemmer (120kg) and Andrew Fifita (116kg), New South Wales outweighed Queensland's bench by a massive 38 kilograms (443kgs to 405kgs) in Game One, but were pipped 11-10 on the scoreboard.

Despite dropping Fifita for Origin II the Blues maintained a sizeable 20-kilogram advantage when they levelled the series with a 26-18 win in Melbourne.

The Maroons will attempt to combat this with Canberra Raiders enforcer Josh Papalii replacing injured Bronco Josh McGuire, which shaves three kilograms off the weight difference from Game Two ahead of Wednesday night's decider at Suncorp Stadium.

The combination of Papalii's inclusion for McGuire and Paul Gallen's return from injury at the expense of Fifita, shifting Josh Jackson to the bench as a result, means Queensland's bench has more than halved their disadvantage in size between Origins I and III.

However, when crunching the numbers in terms of metres gained, the output of the entire NSW pack during the 2015 series delivers an ominous sign for the Queenslanders.

The NSW starting pack and bench have combined for a total of 1,621 metres this series, 139 metres more than the Maroons.

In Game One the Maroons, with 56 percent of possession, managed 851 metres compared to the Blues' 819 metres.

Game Two told a different story with possession edging in Queensland's favour 51 to 49 percent, although NSW dominated through the middle gaining an extra 171 metres (802m to 631m).

The Maroons can ill-afford to concede that much ground again in the decider, with bench weapon Matt Gilllett backing Queensland's interchange to turn the tables against their bigger rivals.

"New South Wales have got a pretty big pack and the boys off the bench are no different," Gillett told NRL.com.

"Their bench will have to go out and continue the momentum their starting pack has created so we've got an important job to do to contain that.

"We aren't as big as their pack but hopefully we get that job done."

Gillett said making early inroads into NSW territory will define how Queensland performs in front of a sell-out crowd inside 'The Cauldron'.

"We have to start well so our boys off the bench can do the same job the starting pack has done," he said.

"That's the big key for both sides and whoever wins that battle will get the upper hand."

After a slow start to the season Gillett has hit his straps in recent weeks, scoring a try in Origin II and backing that up nine days later with a double in Brisbane's 44-22 win over the Knights in Round 16.

The 26-year-old is averaging 94 metres and 40 tackles from 14 games out on Brisbane's right edge this season, playing the full 80 minutes in 10 of those matches.

He'll line up for his 12th Origin on Wednesday and remains content with his lack of game time after having only 21 minutes in Game One and 50 minutes at the MCG.

"I'm honestly just happy to be in this side and be around such a good group of blokes," the Bribie Island junior said.

Bursting onto the scene in 2010, the Maroons back-rower made three runs for 23 metres and completed 10 tackles in Game One at Sydney's ANZ Stadium.

The former Dally M Rookie of the Year hopes to contribute even more on his home turf despite lacking interest in the numbers side of the game.

"I'm not too big on looking at statistics – I think if you're worrying about that too much it could play on your mind and be a mental issue for you," he said.

"Obviously you see what your work rate is once you get back to the club and do your self-assessment every week but I try to focus on the now and then.

"All my focus goes on pre-season and getting in that Broncos starting side for the first game. Then if I play consistent footy for the Broncos the rewards will come after that.

"In the end there's no bigger critic than yourself." 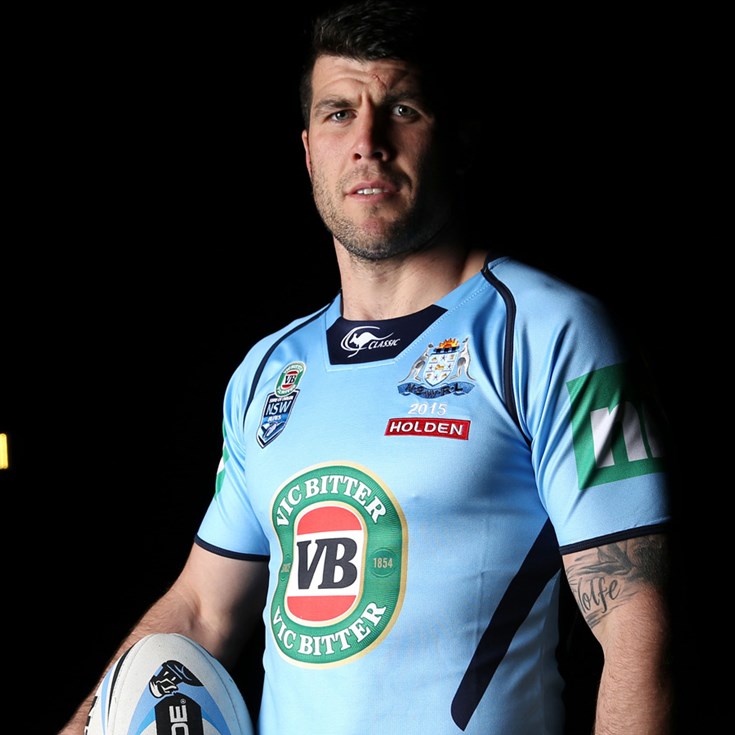