Confirmation of his place in the New South Wales team may not come until an hour before kick-off but the Michael Ennis mind games have already started to affect the Maroons according to Blues skipper Paul Gallen.

Robbie Farah's duties in the 15 minutes of training the media were allowed to view on Tuesday were very light but Blues coach Laurie Daley is yet to rule him out of the Origin decider despite having surgery on a broken hand just seven days ago.

Fierce on-field rivals, Farah and Ennis warmed up alongside each other with Farah doing some passing with Alex Johnston before his bandaged right hand was given a more thorough examination behind closed doors.

Knowing how passionate he is about the jersey, Blues officials are prepared to give the Wests Tigers skipper as long as possible to prove his fitness but waiting in the wings is Ennis, whose last Origin appearance came in Queensland's 2-1 Series win in 2011 where they won a Game Three decider at Suncorp Stadium 34-24.

Such are the polarising opinions that 'The Menace' can create, he has had to win over some Blues teammates who only know him through his on-field antics since joining camp last Thursday and Gallen believes he will relish the chance to face the Maroons again should Farah be ruled out.

"I saw Matt Scott the other day already complaining about it so he's already under their skin," Gallen said of his Sharks teammate.

"He's just a competitor. He's got more talk than niggle and he'll be great. If he gets out there and gets his opportunity he'll make the most of it.

"He's been great from day one [of camp]. He hasn't been shy, he's really stepped up and been somewhat of a leader around the side as well, as he is in all sides and he'll be fine.

"He knows the game plan inside out already, he's a professional, everyone likes him. There were a few of the boys who were a bit wary of him at the start but even big 'Woodsy' (Blues prop Aaron Woods) came up and told me he's not a bad bloke and I said, 'Yeah, he's all right'.

"He's run most of the training sessions in and out with Robbie and we'll see what happens."

Despite what is at stake at Suncorp Stadium on Wednesday night Gallen said the response from the Maroons fans to the Blues' arrival on Sunday night has been verging on pleasant, making the NSW skipper nervous of a potential ambush.

"They've actually been saying 'Good luck' and how good a game it's going to be. It's like they're setting us up for something," said Gallen.

The reception when they run out onto the field just after 8pm will be anything but hospitable and in his 20th – and potentially last – game for his state, Gallen is urging his young teammates to 'embrace the hate'.

"We have to, we've got no choice," said Gallen. "There's no point going out there and thinking of it as a daunting atmosphere, it's a good atmosphere, it really is.

"As much as I don't like the Queenslanders and as much as they don't like me I enjoy playing there. There is no other stadium like it in the world, it's a really good environment to play in, the air in this place is different and I'm really looking forward to it.

”They can be as hostile as they want and fingers crossed we can keep them really, really quiet." 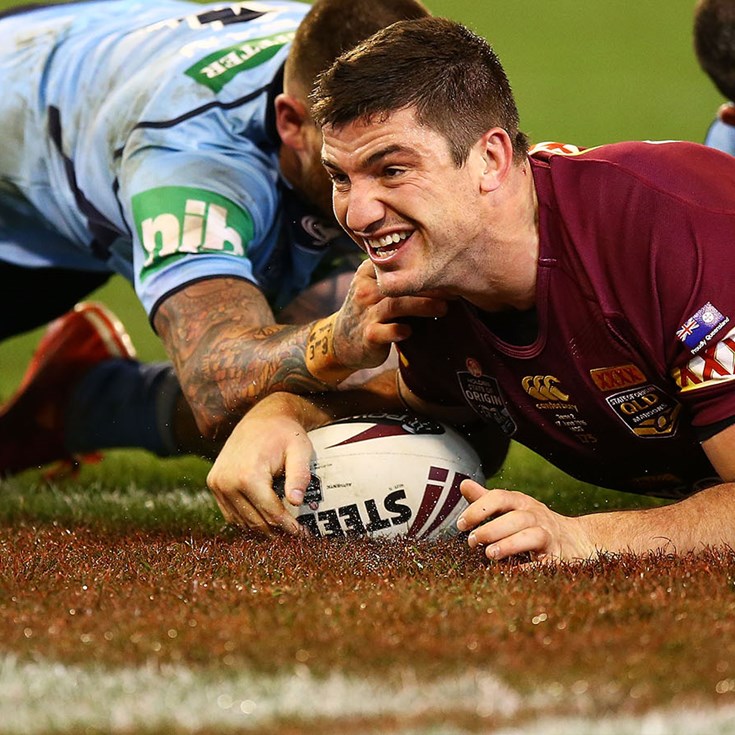