Cronulla Sharks forward Chris Heighington is free to play in Round 18 after he successfully challenged his dangerous throw charge at the NRL Judiciary on Thursday night.

Heighington was facing two matches out after he was cited for a grade one dangerous throw on Manly's Josh Starling in Cronulla's 28-16 loss at Brookvale Oval on Sunday afternoon.

South Sydney hooker Issac Luke will serve a one-match ban, missing his side's Round 19 match against the Dragons at the SCG, after taking an early guilty plea for his dangerous throw charge.

Luke was charged for his tackle on Penrith's Tyrone Peachey in the 46th minute of the Rabbitohs' 18-6 loss to the Panthers at Pepper Stadium on Friday night.

Read more about the charges to come from Origin III here. 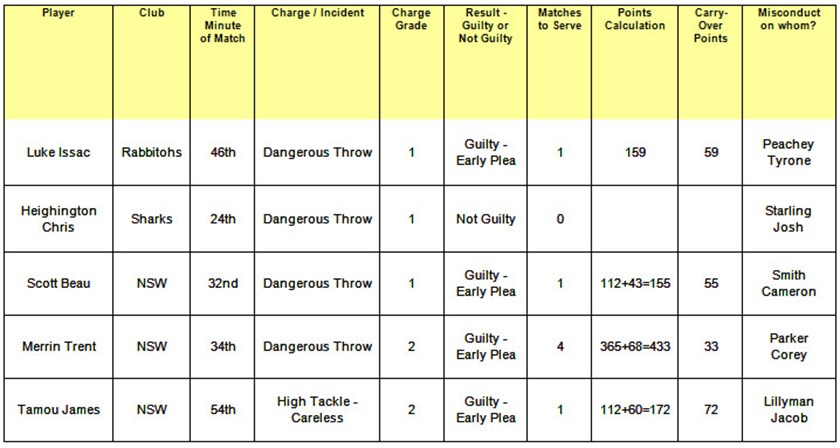