Gold Coast Titans forward Ryan James has been found not guilty of a dangerous contact charge for his challenge on Raiders winger Jordan Rapana and will be free to play the Broncos this Friday night.

Titans CEO Graham Annesley successfully defended on his player's behalf that Rapana's momentum was cause for James's tackle positioning and rolling motion.

Annesley also pointed out that James's intent was to complete the tackle and abided by the referees' call when told to do so.

It was argued that James applied pressure to the ankle and foot of Rapana and put the Raider in a "position of vulnerability", something the judiciary disagreed with in the end.

James was relieved to play in what he said was the Titans' biggest game of the season so far.

"I suppose it's now time to fly home and prepare for this game in two nights. Brisbane are running hot so it's definitely a weight of my shoulders."

With James's tackle on Rapana going unpenalised at the time, he said he was surprised to hear he was initially cited.

"I was on the massage table at the time and I received a Twitter notification that I was charged which I was extremely shocked about. I didn't think anything of it in the game." 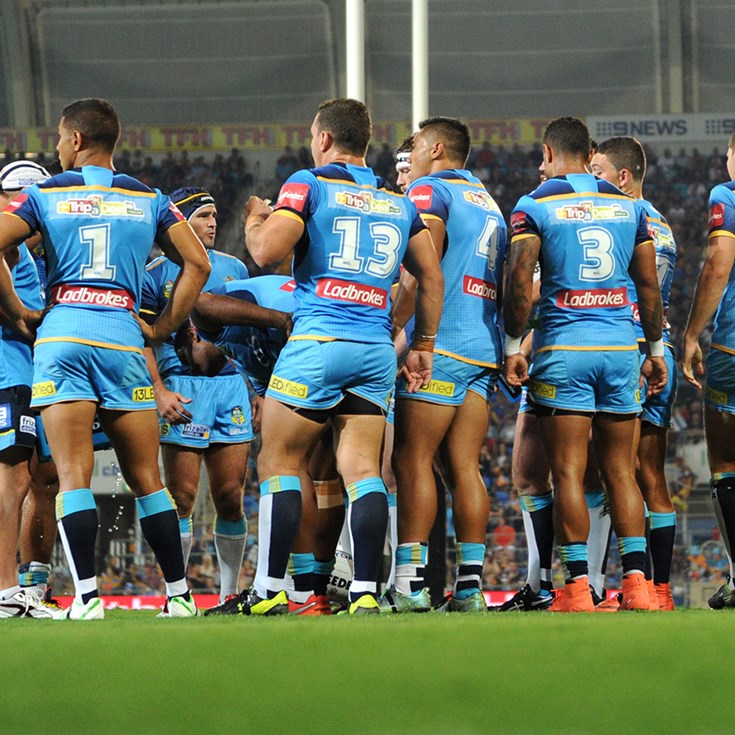