Andrew Voss has his say on Parramatta's finals chances, the bunker, who will win the Kangaroos v Kiwis Test and more.

Has the NRL got the punishment right for the Parramatta Eels?

Well put it this way, they didn't get it wrong.

There isn't a "one size fits all" to this punishment, nor in my opinion should previous action taken against Melbourne and Canterbury be the benchmark.

The ball is in the court of the Eels right now. Any anger from their unfortunate fans caught up in this should not be directed anywhere but at their own club.

Will the Eels make the finals?

Barring injury, I believe they have the ability with what they have shown so far in 2016.

The Eels are one of only two clubs to have beaten the defending premiers, so that's a pretty significant notch to have in the belt.

Provided they clear the way to start accruing points from Round 10, I reckon they can pick up the maximum 14 points in the next seven rounds.

In that period, the now highly motivated playing group will have two games against Souths, clashes with the out-of-form Newcastle and Gold Coast, a home game against Melbourne, and two byes.

Then the equation of a likely finals appearance is seven wins from their last 10 games. If you want to be in the playoffs and compete, that's the sort of return you would expect anyway.

Who will win Friday's Test match?

With a fit Kieran Foran and Roger Tuivasa-Sheck, and an in-form Isaac Luke, I was probably thinking the Kiwis continue their recent run over Australia.

But alas that trio won't be part of the contest in Newcastle, so I find myself leaning back the way of the Kangaroos.

If both squads were at full strength, I would be declaring the game as being better than State of Origin.

On paper, I still like the look of the New Zealand squad and I couldn't imagine there being even the slightest hint of complacency within Mal Meninga's team.

Lock me in for Australia to win by 6; Johnathan Thurston to be the difference.

Should the video bunker rule on field goal plays?

I thought the video intervention on the Peter Wallace field goal for Penrith against Canberra last weekend was the opening of a massive can of worms. And there will be nothing but more controversy to come from it.

The league has since admitted the officials should have ruled a penalty for the Raiders as the Panthers had formed an illegal wall.

But I ask, while the "wall" interpretation is new to the NRL, what about the offside rule?

This is the far more common offence in field goal plays. Are we going to check with the bunker on every field goal miss just how many players were offside, took off too early, or weren't square at marker?

They're all as important as an infringement by the attacking team, aren't they?

Just leave field goal plays to the two referees and sideline officials. We can live with that.

I love my rugby league so the more games the better. I want a 51-week season!

However if it were just up to me, City/Country would be way down the pecking order for consideration of where it should fit into the current schedule.

I am still staggered how each season we give our Test teams just a couple of training sessions to prepare for the mid-year international, yet this fixture has an extra couple of days.

It isn't a State of Origin selection trial. The multiple withdrawals of players over the years have taken their toll on the credibility of the clash.

If the players are still willing for it to be played, let's go for it. But when we're down to including players with less than 80 minutes of first grade experience, I reckon its time we reviewed the format for the game, for it to have a future.

What's been the 'play' of the week?

Without question it's the gesture of the Hull FC club in Super League to allow their forwards Frank Pritchard and Sika Manu to fly to the other side of the world this week and captain their respective national sides, Samoa and Tonga.

That is genuine support of the international game, not like some of the fake outrage at how hard done by Fiji was last week when Australia selected Semi Radradra.

Hull are due to play a vital sudden death Challenge Cup tie against St Helens this weekend, but will now do so without two of their best players. Their decision was taken for the good of the game, and wins the respect of league fans everywhere.

I'll certainly be giving them their due when I call the Test on Saturday night from Pirtek Stadium for Fox Sports. 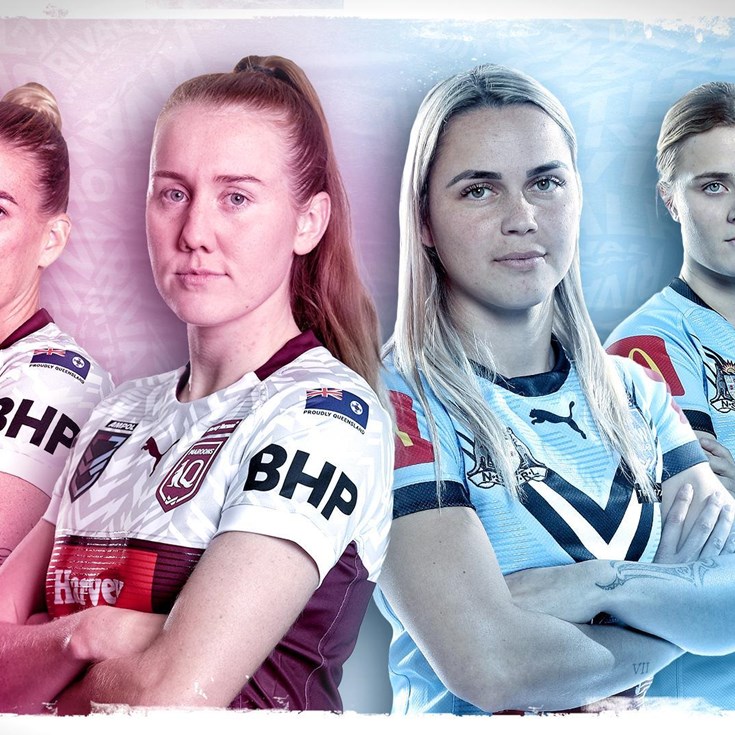 Presented By EISS Super 44 mins ago

What happened to the Queensland-based Maroons?