Traditionally the Country teams of yesteryear were made up of local players from the bush, hardened by the rough-and-tumble ways of rugby league outside of Sydney.

They'd usually come up against the usual city-slickers – those with first grade experience and who were paid handsomely (relatively speaking) for their troubles.

How things have changed.

Brad Fittler's City Origin team would have to be one of the most inexperienced on record. Ryan Matterson (two NRL games) and Addin Fonua-Blake (three) will both make their representative debuts at Tamworth's Scully Park.

Only one man for City in skipper Chris Lawrence has played over 100 NRL games while only a further four men have cracked the 70-game mark (Josh Mansour, Nathan Peats, Curtis Sironen and Aidan Sezer).

City have named 11 debutants all up and only Sironen, Peats, Reagan Campbell-Gillard and Tyrone Peachey are returning from last year's match.

The Country team in comparison have almost a whopping 1400 games of experience among their 17, including incumbent New South Wales Origin back-rower Boyd Cordner.

Country may still have eight debutants but that's well balanced by the eight players who will line up again from last year's team, one that beat City 34-22 in Wagga Wagga.

Watch out Country: It's about time we realise City's Chad Townsend is the most in-form halfback option for New South Wales currently. He'll go head-to-head with Sharks halves partner James Maloney in this one, a real shame they can't combine together as they do week in, week out. Townsend has played a huge role in the Sharks' current six-game winning streak and is in the top 15 for try assists (six) in the NRL.

Watch out City: NSW Origin star Cordner will be well-accompanied by the likes of Tyson Frizell and Tariq Sims who have spent time in New South Wales camps previously. You can throw in the fact that untried boppers Shannon Boyd, Jack de Belin and Jordan McLean will be hungry to show their worth too. Country's engine room may be just too strong for the inexperienced City pack.

Key Match-Up: Tyson Frizell v Bryce Cartwright: Two of very few players who are legitimate Origin chances for 2016, these two men will have a point to prove. The recent reduction of interchanges may work in Cartwright's favour in terms of a utility role for the Blues but for this match he'll be in his preferred back row role up against Frizell. A back injury ruined Frizell's pre-season but he has continued where he left off from last season in the Red V's current campaign. Frizell was 18th man for Origin I last year and he'll be looking to go one further.

The History: Played 26; Country 11, City 13, Drawn 2. A Blake Austin hat-trick wasn't enough for City to get the chocolates last time in Wagga Wagga with the Country boys running out 12-point winners. While City hold an overall advantage they have lost four of their past six games, including a draw in Dubbo two years ago.

What are the Odds: Money is running ten to one in favour of Country with Sportsbet and a Country 13-plus victory has been the best backed in margin betting. Punters are more than happy to take Country at the line where they’re conceding the start. Latest odds at Sportsbet.com.au.

The way we see it: The City Origin side's youth policy is too far gone in terms of matching their Country counterparts. There has never been a more cut and dry result set for the annual fixture. Country should be victors and big ones at that. Country Origin by 20 points. 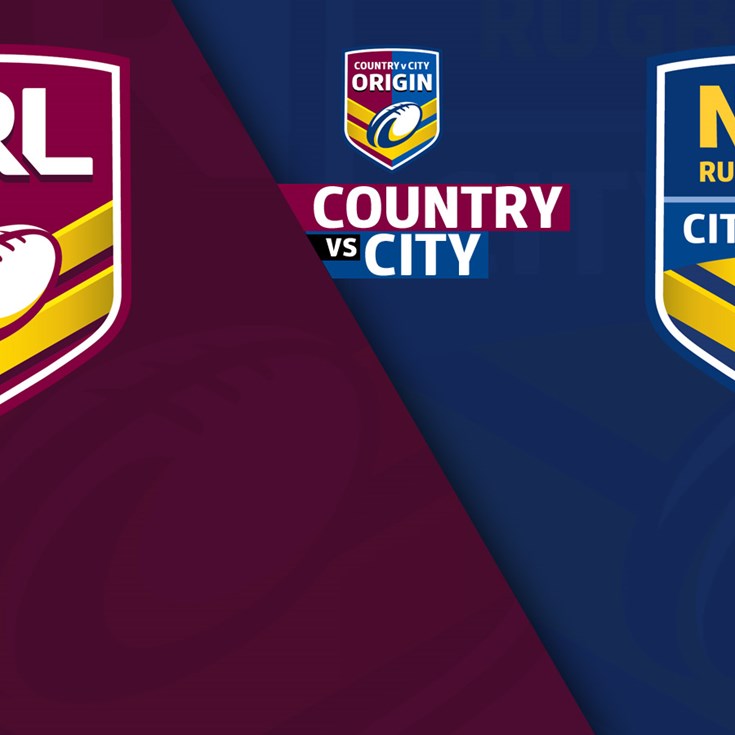