Roosters back-rower Boyd Cordner is relishing the chance to experience the opening salvos of a State of Origin for the first time, and has set his sights on seeing out the full 80 minutes for NSW on Wednesday night.

The Taree product has played all five of his Origins to date – three last year, the 2014 Game Three dead rubber and the losing 2013 decider – off the bench, for just one win so far.

With a clean out of sorts in the NSW forward pack this year with the likes of Beau Scott, Ryan Hoffman and Trent Merrin joining Luke Lewis and Anthony Watmough in being moved on by Blues coach Laurie Daley, Cordner finds himself named to start in his sixth interstate appearance and is relishing the opportunity.

With the Blues having named three props and a utility on the bench, it is likely Cordner and second row partner Josh Jackson will be expected to stay on the field for 80 minutes. Cordner, at least, is hoping so.

"Obviously it's a massive game of high intensity so when you come on [from the bench] you're being thrown into the thick of it. I'm looking to get into the groove straight away and play my natural game."

He acknowledged there would be more responsibility on his shoulders than in previous years, and added the new role came with a new mindset.

"Obviously coming off the bench you're changing your mindset a lot to when you're starting. I've been starting now for a while at club level. Like I said it's the first Origin I've started so I'm excited for the opportunity and can't wait for Wednesday."

While an Origin encounter is more intense across 80 minutes than regular NRL footy, those opening hit-ups are always something memorable.

"I can't wait mate, that's what it's all about. As a little kid when you watch those kick-offs and all that, that sticks in my memory pretty heavy so I'm looking forward to that," he said. 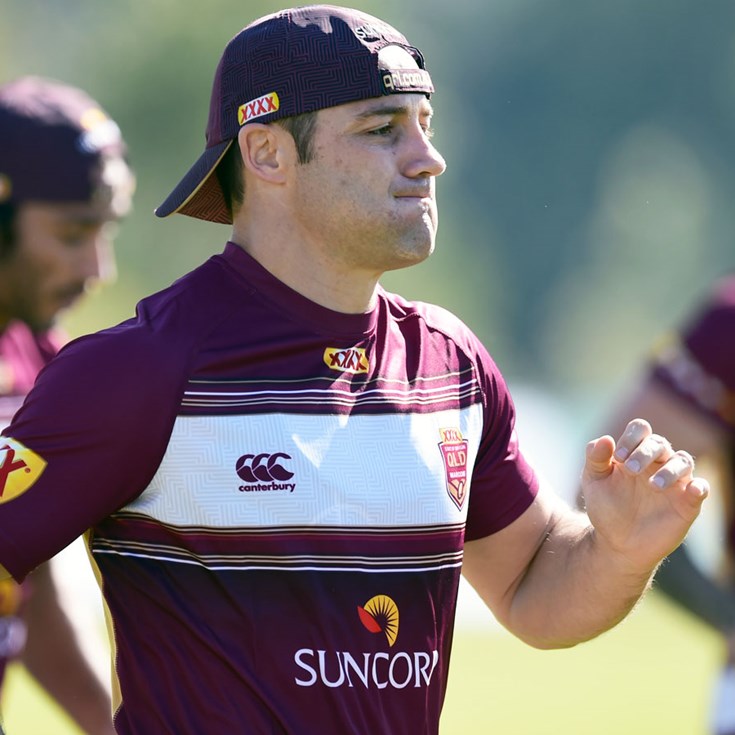