The Queensland Maroons will look to exploit the size of the New South Wales Blues' forward pack in Origin I at ANZ Stadium on Wednesday night.

NSW have picked a mammoth side featuring three props on the bench in a bid to run over the top of Queensland.

It's a move that could backfire, with this year's Holden State of Origin series being the first played with eight interchanges after the NRL introduced an interchange reduction from ten to eight at the start of the 2016 season

The Maroons will be hoping to survive an initial onslaught from the huge Blues pack early in the match, with the plan of pouncing on the tiring NSW big men as the clash progresses into its latter stages.

Queensland lock Corey Parker says limiting the time and space given to the Blues pack will go a long way to getting the Maroons over the line.

"You try and create a quick ruck speed in every game of footy that's played. It's hard to defend against but the challenge is to do it and execute it well," Parker said.

"There are a lot of variables that go into the game. Origin is very fast anyway and we all know that so we'll wait and see what happens.

"New South Wales have a terrific forward pack. They are very big and mobile. It's no secret that they will target us up the middle. You look at their bench and they are all 6'4" and 115kg.

"How do you stop them? You need to limit the time and space they have with the ball.

"Each club game there is always a guy you look to target and try to stop… In their side there are 17 of them."

The Maroons will be hoping a different style of football under new coach Kevin Walters will be enough to stop NSW from winning the opening game of an Origin series for the third time in four years.

"We'll probably have to play a little bit of a different style of football. We will need to be quick and direct," Thaiday said.

"Hopefully we can bring guys like 'GI' into the middle as well and have 'Darbs' sniffing around the ruck for when the big guys get tired.

"I think the pace and intensity is where we can get the upper hand.

"The size of the guys they've got means that they will come at us with a bash and barge mentality." 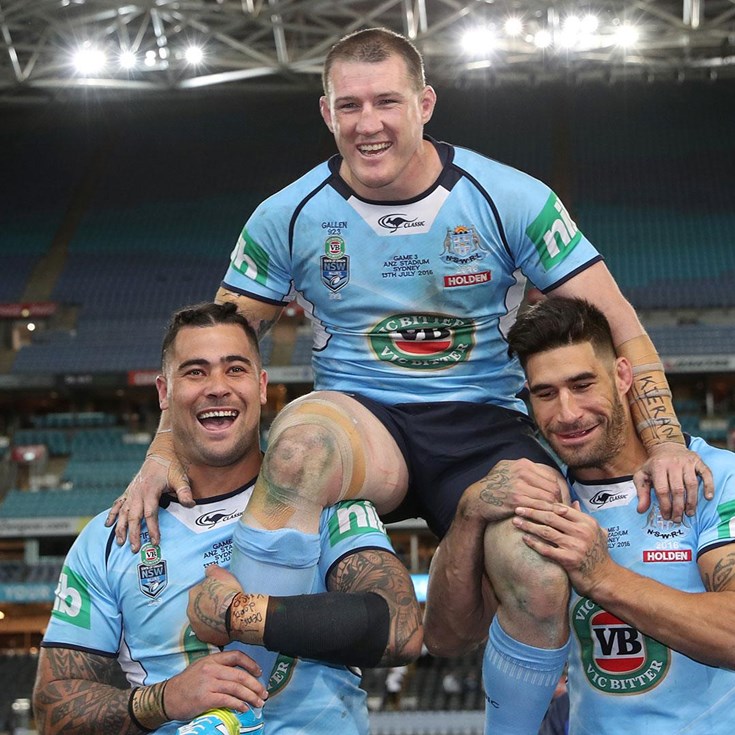