Fresh from their 32-18 win over the Wests Tigers at a water-logged Allianz Stadium on Sunday afternoon, the Roosters are now bracing for a storm of a different kind when they host Melbourne this weekend.

Confidence is finally building amongst the Roosters playing group leading into this weekend's blockbuster clash with the table-topping Storm, but they know they'll have to be at their best if they want to weather one of the competition's form sides.

Roosters skipper Jake Friend said there had been a noticeable change around camp this week both on and off the field after the side notched just its third win of 2016 last weekend to give the Tricolours a glimmer of hope to play finals footy this season.

"The boys are a lot happier after a win. Everyone's buzzing around training. Winning changes your life as well; not just at training but at home. I'm sure all the families and partners notice it as well," Friend said.

"Now we're looking forward to Melbourne. They're up the top of the ladder and they've been playing really well and really consistently. For us it's a great challenge so hopefully we can build on last week and play well again this weekend."

Friend will square off against Storm, Maroons and Kangaroos skipper Cameron Smith for the 10th time at NRL level, but don't think State of Origin will cross his mind when he takes on the man many people say is keeping him out of the Queensland team.

"I'm not worried about that at the moment. I'm worried about playing well for the Roosters and getting our season back on track," he said.

"I say it every time I come up against one of the best hookers in the game – and he is the best – it's always challenging for myself and it's a challenge I enjoy.

"I'm looking forward to the challenge not only against Cam, but against the whole Melbourne side. I think for us it could be a really big game if we can put on a good performance."

Fellow Rooster Aidan Guerra is bracing for another quality showdown with a side that has been there or thereabouts at the top of the NRL Telstra Premiership for the past decade.

"They're flying at the moment and we know we're up against it. We're still confident in our ability and if we show up to play, we're looking forward to it," Guerra said.

"It's no secret they've got a good core group of players and they've been able to keep that for a long time. Obviously their coach is doing something right down there with the turnover of players that they do have. They just seem to get people in filling the role and doing their job.

"The game's changed a lot since they started their run in 2005. With that core group of players – and even with the way they've played their football – they've just evolved with the times and it goes to show with where they are on the ladder.

"I think that a bit of their focus has always been on how the team's going to play and what they're going to do for each other. I think as a side we could take something out of that."

Added motivation for the Roosters will be last year's Qualifying Final against the Storm that saw the Melbournians leave Allianz with a 20-18 win and the week off.

Roosters forward Sam Moa said the narrow loss "stuffed up his side's momentum" the same way as their Week One Finals loss to the Panthers did in 2014.

"We were leading into that game playing some really good football. I think we'd won 10 or so in a row. It just shows that post-season football is a totally different ball game," Moa said.

"They've got the experience throughout their team, but they've got fellas filling in doing a tremendous job as well.

"Cameron Smith is like a good bottle of red…he just gets better and better. And they've got a few Kiwi boys in there and Tohu Harris is playing tremendously well and Jesse Bromwich and Kevin Proctor. It's going to be a big challenge for us." 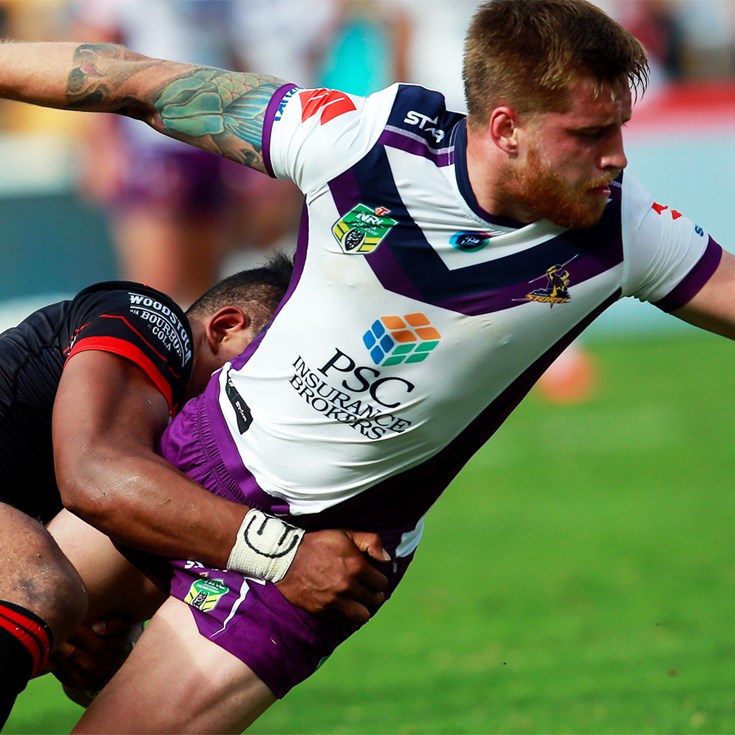