Suspended New South Wales Origin back-rower Wade Graham has picked up where he left off at Sharks training, according to veteran hooker Michael Ennis.

Graham was suspended for one game for a careless high shot on Johnathan Thurston in the Sharks' last-start 13-10 win and missed what would've been his Origin debut as a result.

Despite being banned for the fixture last week, the 25-year-old headed straight back up to the Blues' camp in Coffs Harbour and only returned to Sydney last Sunday.

Ennis said Graham – while clearly disappointed by his failed judiciary hearing – had carried himself well around the club and Sharks teammates.

An eight-time Blues representative himself, Ennis said Graham has plenty of time on his side to make his long-awaited NSW debut –  despite coach Laurie Daley's claims Graham may never get another shot at a sky blue jumper.

"Wade certainly hasn't kicked stones. You can see the disappointment in him but obviously in the back of his mind he knows where he could be or where he'd rather be," Ennis said.

"He's the sort of player that once they get him in there and plays one game they'll think to themselves, 'We should have had him three or four years ago'. He's just that sort of player."

Ennis offered Graham a glowing appraisal by labelling him not only a future captain of the current NRL Telstra Premiership frontrunners but also a potential future leader for the Blues.

"Wade will get his opportunity. I'm confident that Wade will turn into a real leader of the NSW side in the near future anyway. It's disappointing for him but he's handled the adversity really well," Ennis said.

"I just know how hard he's worked, I know how hard he trains [and] how strong he is for us on that left edge. Once [NSW back-rower Boyd] Cordner was injured I thought that was Wade's real opportunity to show what we all know he's capable of."

Draw Widget - Round 16 - Sharks vs Warriors

One Shark who did get his first shot at State of Origin on Wednesday night was Jack Bird, and Ennis said the experience would only help last season's rookie of the year.

"For someone like Jack the experience for him to go up to Suncorp and play in such a big game will be brilliant for us. When we hit those big games at the end of the year or where we'd like to be involved in, that experience will be massive for him," Ennis said.

"Just in terms of the routines, the professionalism being around the other guys from other clubs and seeing the way blokes train and prepare for big games – you can't buy that experience."

On Saturday the Sharks will attempt to equal a club record of 11 straight wins when they take on the Warriors but Ennis wasn't getting carried away with their current form.

"What I think comes with winning is what we've built our season on and that's our hard work for one another [and] the little key areas of our game," he said.

"But you get to this point in time and while it would be nice to win 11 in a row, it's more important that we continue to put in the performances that we have throughout the start of the year." 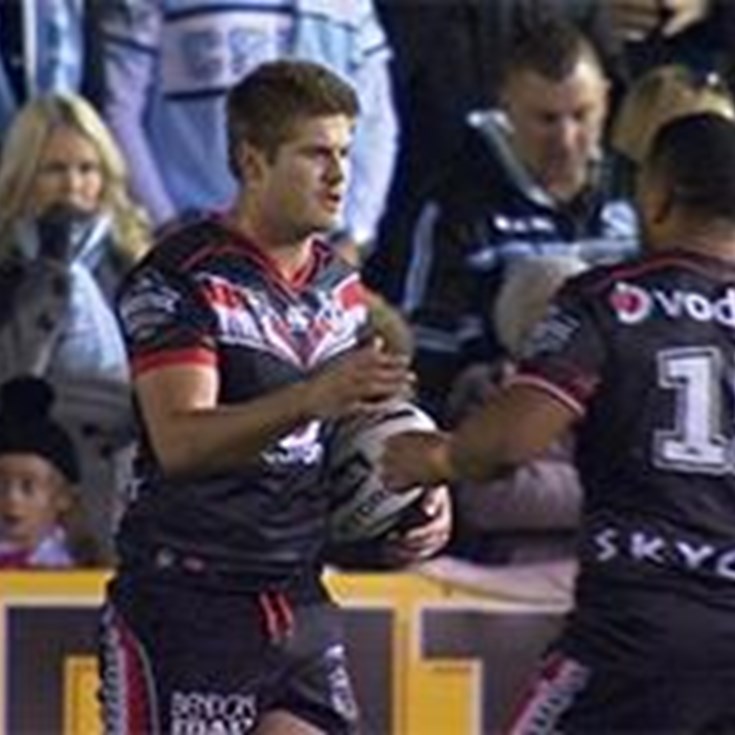 Maumalo relieved to stay at Warriors