It's officially do or die time on Manly's struggling season as they head home to Brookvale after a tough two-week road trip through Queensland.

Their last-start loss to heavyweights North Queensland was as good as they've played in some time but it still wasn't quite enough to get the chocolates. They have now lost seven straight with their last win back in Round 8 against the Knights.

The return of halfback Daly Cherry-Evans and skipper Jamie Lyon brought immediate improvement and both will be better for the run, though hooker Matt Parcell is still absent with a hamstring strain.

The club's once formidable Brookvale fortress has become something of a graveyard for the home side this year with just one win from six starts (that back in Round 3) so far this season.

The Dragons did enough to get past strugglers Newcastle last week and while a fast start should have seen them win much more easily than what they eventually managed, the bright form of halfback Benji Marshall was the best possible news for coach Paul McGregor.

That win has them on equal eighth on the ladder (ninth on for-and-against) and another win over Manly would still leave them in ninth if Penrith beat Wests Tigers and Canberra beat the Knights so it's imperative they keep the wins coming.

Manly are unchanged other than the inclusion of winger Matt Wright on an extended bench while the Dragons get Tariq Sims back on the bench after he was obliged to skip the Newcastle game. With a run under his belt after an injury layoff Jack De Belin is back in the starting side pushing Jacob Host to the pine.

Watch out Sea Eagles: Was it a false dawn against a below-par opposition, or was Benji's day out against the Knights last week the spark that will ignite the second half of the Dragons' season? The 2005 premiership-winner was in everything in the 30-18 win with a try, two try assists, three line break assists and three tackle busts. His willingness to challenge the line was the most encouraging sign and the former Kiwi Test five-eighth racked up a handy 100 running metres for good measure.

Watch out Dragons: Manly did look better last week with Cherry-Evans and Lyon controlling proceedings and Dylan Walker in his preferred centre position. Cherry-Evans finished off a long-range try and set up another as well as kicking for 300 metres. Lyon's performance was more understated but his assured presence allowed the other players to focus on their roles. Back at home with that game under their belt the whole spine should be better for the run in what is a must-win contest.

Key match-up: Brett Stewart v Josh Dugan. It's no secret the Prince of Brookvale has been below his best in 2016 and Manly desperately need him back at his damaging best if they want to salvage something from the rest of this year. At his peak he's not only a try-scorer but a wonderful ball player and two try assists from 11 starts is well below what he's capable of. Dugan is an out-and-out runner and as you'd expect he laps Stewart in tackle busts 51-9 this season. He also has an 11-3 advantage in offloads and has five try saves to Stewart's zero. Dugan also makes a massive 120 more metres per game than Stewart.

The History: Played 23; Sea Eagles 8, Dragons 15. The Dragons have been a bit of a bogey team for Manly since the 1999 merger between St George and Illawarra. However Manly have won three of the past four against the Red V, who are on a three-game losing run at Brookvale where they haven't won since 2008.

What are the odds: All of the early money was with the Dragons, but as soon as Manly put in a much improved performance against the Cowboys, the support has come in a big way for the Sea Eagles to end their losing streak. Sportsbet reports more money on Manly 13+ than any other winning margin. Latest odds at Sportsbet.com.au.

The way we see it: Every loss brings the next win closer, as they say, and we saw enough in Manly last week to suggest that much-needed win could come as soon as this week. The Dragons won't make it easy but we'll tip the home side to eke out a close one. Manly by four points. 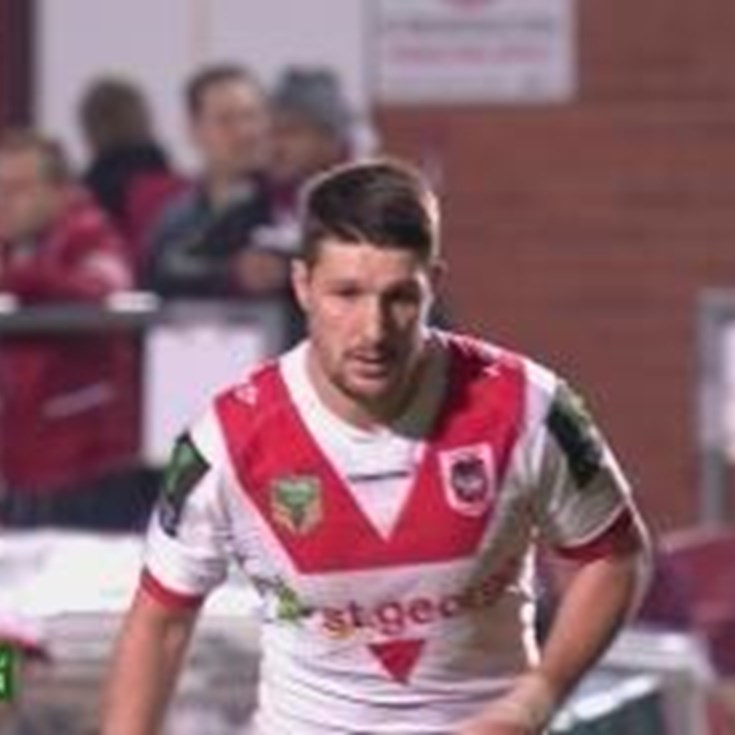