With the Telstra Premiership Finals series now in sight the time has come to find out.

While the respective finals aspirations of these two teams won't live or die by what happens on Friday night it does give the victor a chance to cement a place in the top eight and signal to those around them that their best is yet to come.

The challenge for both teams will be to play like there is nothing riding on the result because if they become frozen by fear of failure their prospects of making a late-season charge will look decidedly shaky.

Despite a last-start disaster against the Sea Eagles the Dragons are the ones currently in the top half of the Telstra Premiership and with home ground advantage at the famed UOW Jubilee Oval deserve to start favourites.

How Josh Dugan and Tyson Frizell back up 48 hours after Origin III will be important as they host a Titans team devoid of Origin representatives and who welcome back halfback Ashley Taylor, fullback David Mead and centre Konrad Hurrell.

And if a Friday night at one of the game's most feted suburban grounds isn't enough to get you out of your winter onesie and into the Red V then the chance to celebrate Benji Marshall's 250th game in the NRL should do the trick.

Few players in history have impacted a generation the way Benji has and if he produces even one piece of Marshall magic against the Titans you'll want to have been there to say you saw it.

Draw Widget - Round 19 - Dragons vs Titans

Watch out Dragons: Greg Bird was not happy to be left out of the New South Wales team for Game Three on Wednesday night and if he channels that frustration in the right manner the Dragons will be the ones to pay the price for his omission. Bird started the year in sensational style but has been guilty of late of playing sideways rather than taking the defence on front-on with late footwork at the line. In his 14 seasons in the NRL Bird has played finals football in just two of those years and if the Titans are to push their way into the top eight this year they need their most credentialed player leading the way.

Watch out Titans: When the Dragons arrived on the Gold Coast in Round 7 they hadn't scored a point in a fortnight so Gareth Widdop took it upon himself to break the drought, his try in the opening minutes setting the tone for the match. Although he doesn't assert his dominance and class as often as should perhaps be expected Widdop appears to save his best for the Titans, with a record of seven wins from nine career games against Gold Coast. If he grabs the game by the scruff of the neck again on Friday the Titans will find it hard to wrest away from him again.

Key match-up: Mitch Rein v Nathan Peats. In a game where opportunities to score points are likely to be at a premium the importance of the dummy-halves has even greater emphasis. The Dragons play a very flat style at the line that dictates Rein plays as late as he can to get his forwards over the advantage line and then when a quick-play-the-ball comes he finds either Widdop or Marshall ready to run at the defence. Since his introduction into the starting team Peats has made the Titans more dangerous around the ruck by jumping out on quick scurries and taking one or two forwards with him to the defensive line. Two players who have been spoken about as future Blues No.9s will have a major influence on this one.

History: Played 16; Dragons 11, Titans 5. The Titans' first opponents way back in 2007 have had the edge in head-to-head battles ever since that narrow 20-18 win in front of more than 42,000 fans at Suncorp Stadium. Ten of the 16 games between these teams have been decided by six points or less and the Titans boast a winning record at Kogarah, with two wins from three previous visits.

What are the odds: Dragons $1.70, Titans $2.15. Sportsbet reports twice as much money has been bet on the Titans however there are slightly more individual bets on the Dragons, who hold favouritism. St George Illawarra and Gold Coast have both been well supported to win by 1-12 with very little money on either side 13-plus. Latest odds at Sportsbet.com.au.

How we see it: A cool Friday night in Kogarah is the perfect stage for the Dragons to drag the Titans down into the grind 'em out arm wrestle that they love and back their defence to stave off any late resurgence from the visitors. Busting to bounce back after conceding 36 points against Manly, Dragons coach Paul McGregor will have spent two weeks tightening up their defence but will it be enough to stop a Titans team that averages 21 points per game? Yes, but only just. Dragons by four points. 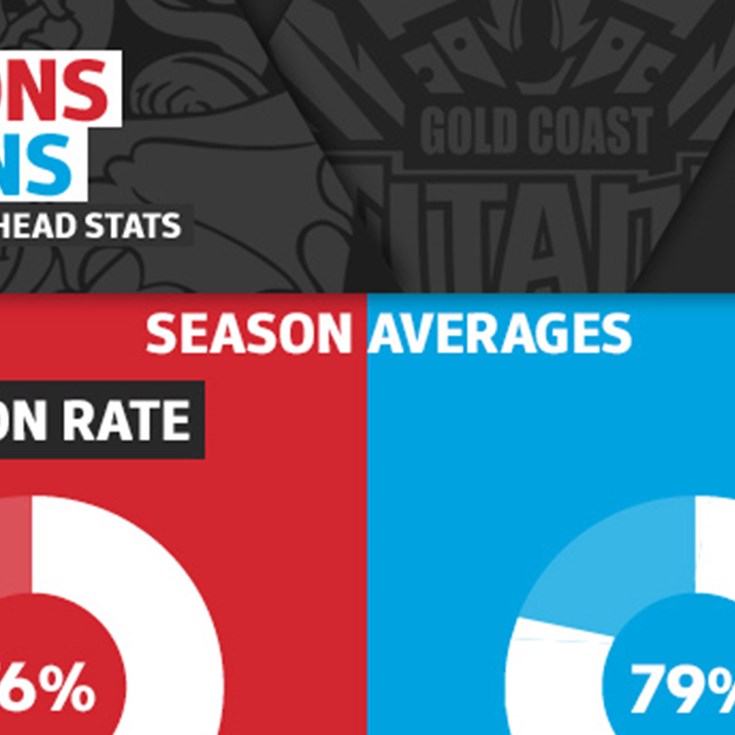