South Sydney Rabbitohs hooker Cameron McInnes can sympathise with the club's fans with the Bunnies currently on a six-game losing streak.

McInnes grew up in South Sydney heartland, playing for the Botany Rams as a local junior before joining the Rabbitohs in 2012 where he captained the NYC side and then graduated to make his NRL debut two years later.

The 22-year-old has experienced the highs and lows of being a South Sydney fan, but for the first time in his career, is experiencing the tough times as a player.

From the euphoria of winning the premiership in 2014, the Rabbitohs now find themselves in 13th spot on the ladder with just five wins from 17 matches leading into what shapes as another difficult assignment against an in-form Sea Eagles side.

"No one likes losing, and for me being in the area and growing up supporting Souths, seeing good times and bad times, I don't like being in this period of not winning," he said.

"It is such a proud club, but you've got to go through adversity and rough patches. I know as a club – and a person – that we'll be stronger for it and better for it.

"We've learnt a lot, and I've definitely learnt a lot about myself and how to deal with things. There's always a positive in a bad situation so we'll take that on and I'm very positive that we'll get out of it soon.

"You appreciate how good the good times are when you are winning. When you're in those times you can maybe take it for granted.

"I think that in life that's what people do when things are going well; they might relax on some things, but the great players are continually checking themselves, and that's what I've learnt and I'm going to keep doing that."

The Rabbitohs looked like premiership favourites after the opening two rounds following a 32-point win over the Roosters and a 42-point thrashing of the Knights in the first fortnight of the season.

But the wheels have fallen off since then, with the Bunnies only singing the team song three more times since March.

The club hasn’t been helped by injuries, suspensions and contracts being terminated, but it's been the little things such as errors and penalties that have really hurt them in 2016.

McInnes said he couldn't pinpoint exactly what had gone wrong this year, but said his teammates would keep on fighting until the very end to right the ship.

That starts on Monday night against a Manly side that they managed to defeat earlier this year with McInnes playing a starring role with two tries and 47 tackles.

"I can't really put my finger on why we've been playing the way we have been," the South Sydney No.9 said.

"When things go against us, we [need] to muscle up and hold them out. At times our defence is really good, and I think we showed that against the Broncos, but there are certain little lapses that we're making at crucial times.

"There is a feeling every week that we want to win and we want to turn it around, and nothing has changed this week. It's been a bit of a rough patch, but we're all positive and we all believe that we can win, and that's what we want to do.

"Every NRL game is a hard game and I'm pretty hyped up for all of them, so nothing changes this week for me because I'm continually trying to prove myself and get better."

While the Rabbitohs look set to miss the finals for the first time since Michael Maguire became coach in 2012, McInnes said there was still a positive vibe in the area.

"Everyone's pretty supportive and they know we're doing our best," he said.

"Even though we haven't been performing and getting the wins, they're still behind us and they're always going to support us. That's the great thing about Souths fans." 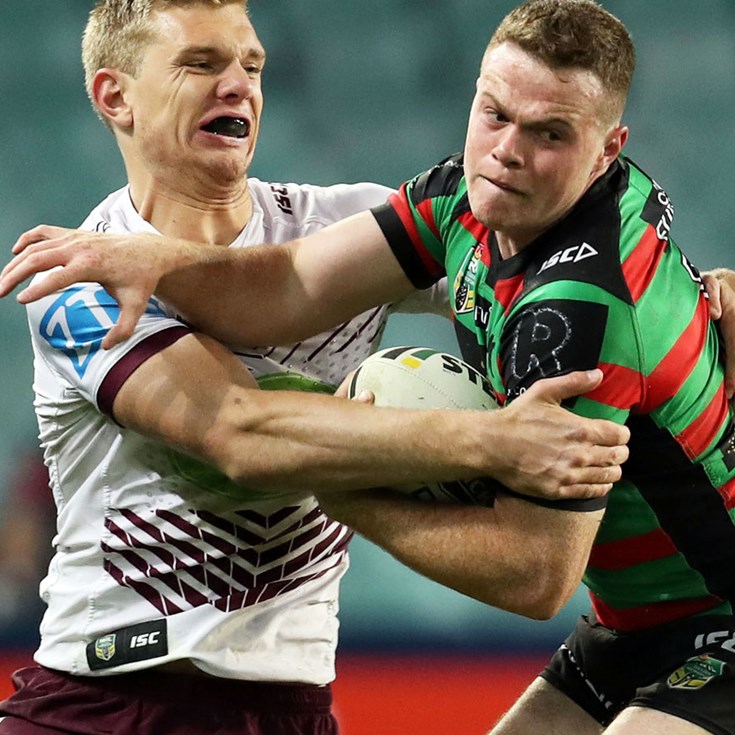 Rabbitohs unhappy with no try ruling