Penrith coach Anthony Griffin has praised Matt Moylan after the Panthers skipper put in another virtuoso performance in his side's crushing 36-6 win over the Sea Eagles on Sunday night.

The Panthers fullback was involved in everything at Pepper Stadium in one of the more dominant first halves you're likely to see.

The 25-year-old played a part in the first four tries of the evening, produced four line break assists, forced a line dropout and ran for 154 metres.

Moylan has been in sublime touch to lead his side to five straight wins heading into the finals series and is shaping as one of the key players in this year's post-season.

In the past month alone, the Panthers No.1 has scored two tries, produced five assists, six line break assists and has racked up 19 tackle busts.

"He's in great form. His last month in particular has been really good," Griffin said.

"The best thing about him is that he's playing a lot of football and he's playing in the line, but he hasn't got any errors in him and he's really leading the team that way.

"When we open up a little bit, it's controlled and it's not frivolous with the ball. He's doing a great job with that."

Griffin said the 25-year-old was starting to hit peak fitness after an injury-riddled pre-season threatened to derail his 2016 campaign.

Moylan spent most of the off-season recovering from a serious ankle injury and then missed the first month of the competition after sustaining a back injury in the trials.

"I think he's maturing a bit and also it's probably he's in really good shape now," he said.

"He came back from a really bad injury in Round 4 or 5, and then went to Origin. His form, plus the way he's feeling physically, he's timing his run well at the backend of the year."

Moylan said he felt confident that he would get better the longer the season wore on, and after surviving the rigours of his first State of Origin series, it appears his prediction is coming true.

While clearly pleased with his own form, Moylan was quick to praise the contributions of his teammates as the Panthers prepare for their first finals series in two years.

"I always knew it'd take a fair bit of time to get back into the swing of things," Moylan said.

"I thought I'd be playing better football at the backend of the year and getting a lot more confidence so that's helping.

"The way the boys are playing around me is making my job easy. Everyone's hitting form at the backend of the season which is good to see." 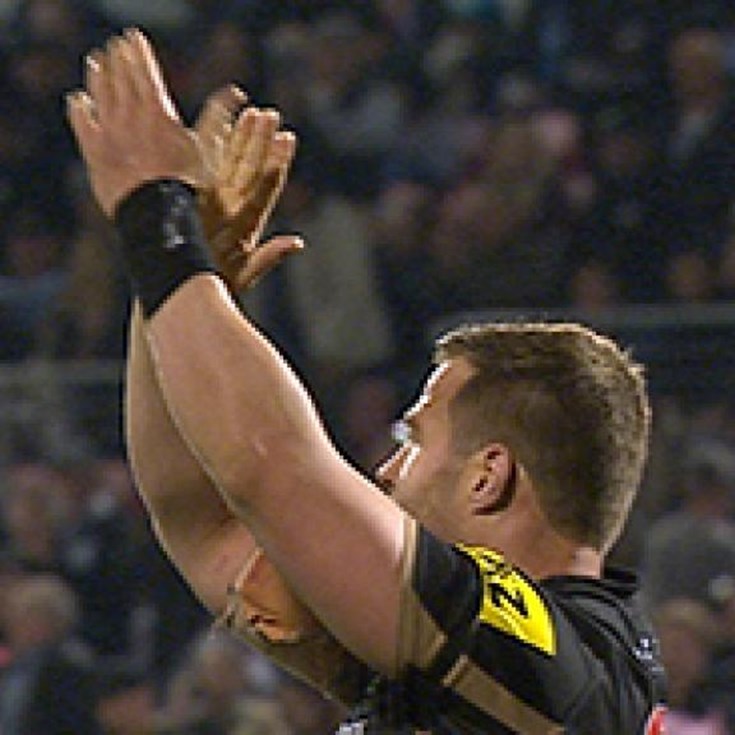