The NRL regular season may be over but the NRL Fantasy season continues with Finals Match Day Fantasy. It's simple, it's free, and it could win you $2000.

Both long-time NRL Fantasy players and footy fans who have never played the game can succeed in Match Day Fantasy – a simpler, cut-down version of the full game that runs in-season. Match Day is simple: pick six players from each match (from either team) and get points based on how they perform on the day. Pick a captain who will get triple points for your team, and a vice captain who will earn double points. That's it.

Go to Match Day in Finals and select leagues to set up your Fantasy Finals league and take on as many of your friends, family and colleagues as you like. The winner for the Finals Match Day competition takes out a cool $2000.

The Finals competition begins this weekend, with Fantasy Coaches to select a six-man side from each of this week's four games. It's a game where knowing the reliable Fantasy scorers is key, but taking the odd gamble and getting it right is what will separate you from the pack. Here's my preview of each contest.

The guns: Titans prop Ryan James has scored 11 tries this season – no prop forward has ever scored more in a single season – and is an obvious buy in the front or second row. Andrew McCullough is a tackle machine on his day, and Ben Hunt is fairly reliable scorer in the halves, albeit one who is coming off an underwhelming 25-point effort last week.

The wildcards: Corey Parker is a retiring NRL Fantasy legend, and while he hasn't quite been at his best in Fantasy terms this season there's every chance he lifts for Brisbane's do-or-die games. Matt Gillett is another Broncos star in the back row, while Josh McGuire is a tireless worker up front. Pick one of them to partner James in your forward pack. James Roberts and Konrad Hurrell can both produce big scores in the outside backs.

The gambles: Anthony Milford is a hot-or-cold player to have in Fantasy but can dominate games on his day – is he worth the risk in this one? And is this the game in which Titans recruit Jarryd Hayne will get back to his almost unstoppable best?

The guns: There are actually a lot of genuine NRL Fantasy stars in this clash, led by Sharks forwards Andrew Fifita and Paul Gallen. Both get through massive numbers on a regular basis and are capable of busting tackles and scoring tries as well. Joey Leilua and Jarrod Croker have both been superb in the centres for Canberra, the tough task here is picking which one to go with. Likewise there's a tough choice to be made at winger/fullback between Jordan Rapana and Ben Barba – probably go with the player you expect to finish on the winning side.

The wildcards: Elliott Whitehead is a fairly reliable 50-point player for the Raiders and is capable of going big when he gets involved in a few scoring plays – but can he outscore Gallen here? And will 80-minute hooker Michael Ennis do enough defending to outshine Raiders star Josh Hodgson at hooker?

The gambles: Who to pick at half? Chad Townsend is the form player of this bunch in Fantasy terms, although after scores of 51 and 63 he managed only 27 last week. In fact, out of Townsend, James Maloney, Aidan Sezer, Sam Williams and dual-position players Ben Barba and Jack Bird only Sezer managed more than 30 points last week. It's a bit of a lottery, so go with whoever you expect to get amongst the try assists on Saturday.

The guns: Pick Cameron Smith. Probably make him your captain. Cameron Munster is the most reliable Fantasy scorer at winger/fullback, while Jesse Bromwich is the best option in the front row after bouncing back to form with an impressive 65 last week.

The wildcards: There is some fierce competition for the second-row slot, with Storm duo Tohu Harris and Kevin Proctor both averaging more than 50 this season and deadly close to the tryline when running off Cooper Cronk, while Cowboys duo Ethan Lowe and Jason Taumalolo are try-scoring weapons as well. Harris is the front-runner but this is a great position to go for a point of difference. Likewise, Johnathan Thurston and Cooper Cronk have both averaged about 55 in the past three weeks – pick the halfback from the team you expect to win.

The gambles: Suliasi Vunivalu is the year's best try-scorer but he'll need to cross a number of times to outscore Munster here – although he is certainly capable, having hit 82 a few weeks ago. The centre spot is a bit of a lottery – Cheyse Blair is actually the best Fantasy scorer of the bunch after last week's 65, but again whoever gets amongst the tries will do well. If you're backing a Cowboys win, pick Justin O'Neill or Kane Linnett.

The wildcards: Aidan Tolman is a workhorse in the Bulldogs front row who is capable of outscoring his teammate Graham, although recent form favours the Englishman. Josh Mansour is a winger who can easily score 30 points in tackle breaks alone so is the front-runner for the wigner/fullback spot – although Brett Morris's return to the No.1 jersey on Sunday makes him a threat.

The gambles: Will you take the plunge on one of the Bulldogs halves to outscore Penrith's in-form duo? Could NSW back-rower Josh Jackson outscore former Blues forward Merrin (like he did last week)? 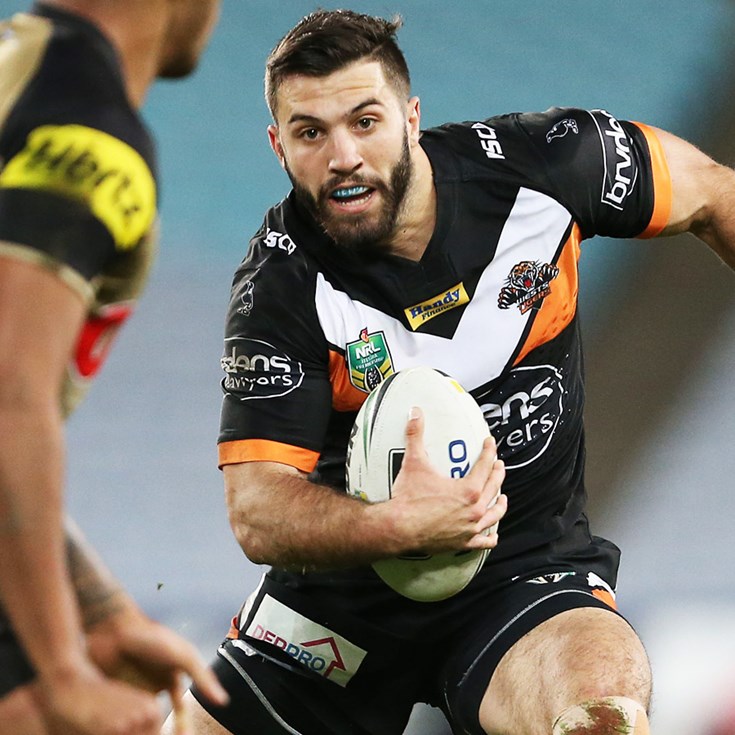