Rugby league has had a big part to play in where Ken Stephen Medalist Joel Thompson is today, both on and off the field.

Thompson's troubled childhood is well documented and without rugby league he was headed down a dangerous path.

The five-time Indigenous All Stars representative believes his profile as an NRL player can help improve the livelihoods of individuals who are in similar troubled positions as he once was.

The St George Illawarra back-rower is also an NRL State of Mind ambassador and is involved in the Dragons' Indigenous Mentoring programs which support two after-school learning centres on the south coast.

"It's handed me a lot of life skills and how to interact with different people. Everything that happened from when I was a child has helped me to be the person I am now and my passion to give back so much," the well-travelled Thompson told NRL.com.

"A lot of the kids look up to us and take on what we say so for it to come from us guys - there's not even words for the effects it does have out in the community."

Thompson's first involvement with community work came during his time at the Canberra Raiders with the encouragement of his now wife.

The 28-year-old said it sparked a passion within which has resulted in being named the 2016 Ken Stephen Medallist at the Dally M Awards last week.

With a Certificate IV in Drug and Alcohol, Mental Health and Community Services under his belt, Thompson is now undertaking a Bachelor of Social Work at the University of Wollongong.

Thompson showed full support for the NRL and the care they have in addressing social issues through their programs.

"What the NRL do out in the community, it's hard to explain unless you're out there and involved in it," he said.

The chance to donate $5,000 to a charity is another incentive of winning the Ken Stephen Medal.

Thompson's charity of choice was Clontarf – a foundation that encourages young Aboriginal men to participate meaningfully in society.

"I've been doing a bit of work with the Clontarf guys and I'm a big believer in what they do in mentoring the young Indigenous boys and giving them life skills," Thompson said.

"I think it is one program which is a real big success story." 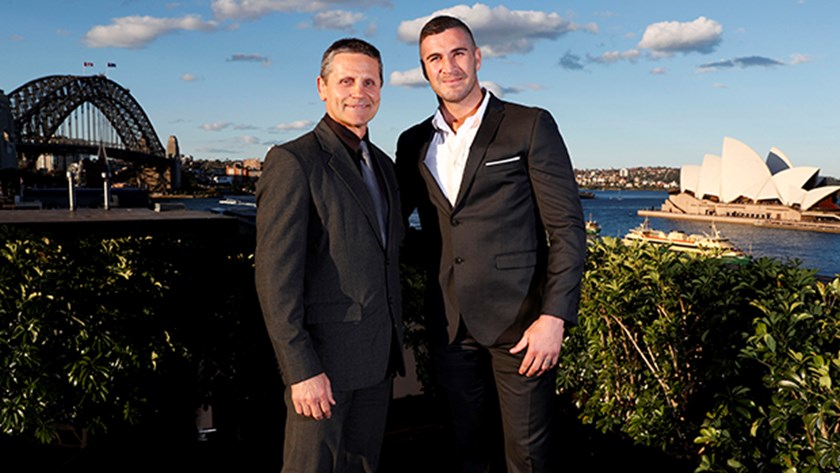