After a dismal performance against the Parramatta Eels on Friday night the North Queensland Cowboys are dreading the long wait ahead of them as the competition heads into the representative round for the Australia v New Zealand Test match.

Captain Gavin Cooper spoke about the long turnaround and the effect it had on a team coming off a loss.

"It would have been a good time if we had won. It's always tough going into a loss, especially a loss like that but there weren't too many good efforts out there tonight," Cooper said.

"[Kalyn Ponga] did some pretty good stuff, stuff that we know he can do. But that's all I can come up with [as a positive] at the moment… We would like to say it's not us but it has been on and off throughout the year."

‌Coach Paul Green echoed Cooper's sentiment, but was hopeful that the national representatives in the side would gain confidence from the Test match.

"When you're disappointed in your result sometimes next week can't come quick enough. We've got the break next week so we'll use it for that. Hopefully the fire will be in the belly for us to make amends because we are pretty disappointed from tonight's effort," Green said.

"Parramatta deserved the win, not taking anything away from them, they played well. But we were probably a little bit off in a few areas that recently when we've been at our best have been our strengths and that's probably the most disappointing part."

Second-rower Ethan Lowe and prop Scott Bolton were similarly disappointed with the effort against the Eels.

"Very disappointing, we've got a week off this week and it's not a great way to enter the week off," Lowe said.

Bolton was not looking forward to his own spare time, but was confident the players would bond together to root out the problems in their performances.

"I think we just need to dig deep… and stick together. We're a tight bunch of players here and I can guarantee you one thing we'll be coming out here this next week and working on a lot of things," Bolton said. 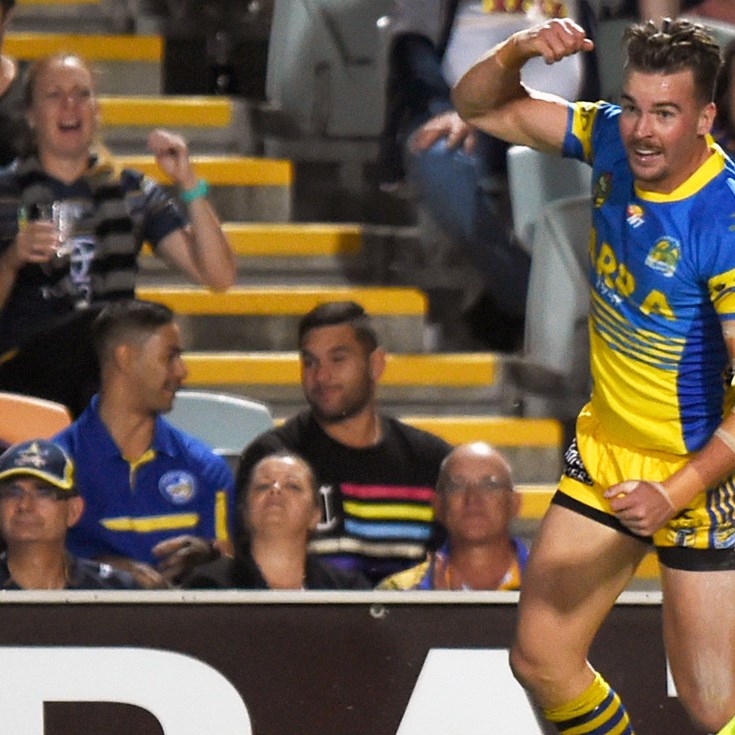