Parramatta coach Brad Arthur says his new-look side needs time that it doesn't have to gel and hopefully start getting some wins on the board after losing a winnable game at home against Canberra on Saturday night.

The Eels fell behind 10-0 early but claimed the momentum with three unanswered tries either side of half-time.

However they conceded their 16-10 lead with two further Canberra tries to finish the contest with a 22-16 loss, and while the performance was a sight better than a horror 48-10 loss to the Roosters a week prior, they can't afford to keep going without the two competition points.

"It was a tight game, to the death. We had some opportunities that we didn't take," Arthur said.

"Their opportunities they had, they took, so we've got to be better at that. We should have won that game tonight. We need to be better, we need to find a way to win that game. There were way too many seven-tackle sets which hurt us."

‌Those seven-tackle sets were given away by halves and chief kickers Clint Gutherson and new recruit Mitch Moses in the absence of star half Corey Norman who is out with a knee injury.

While Moses had plenty of good kicks there were some understandable teething issues given he has only just landed at Parramatta following his mid-season release from the Tigers four days before the game.

"[Norman] is a big part of that but we can't make excuses, it's what it is, you get injuries and you've just got to find a way to get through it," Arthur said.

"[Moses] was okay. A couple of wrong kick options but other than that – he's had two training sessions with us and it's going to take a bit of time but the problem is we don't have a lot of time. We need to start to win some games.

"It's not easy for anyone to come in. You could see we put ourselves in positions on the try line and at times went a bit sideways. You could tell we've only had two sessions together." 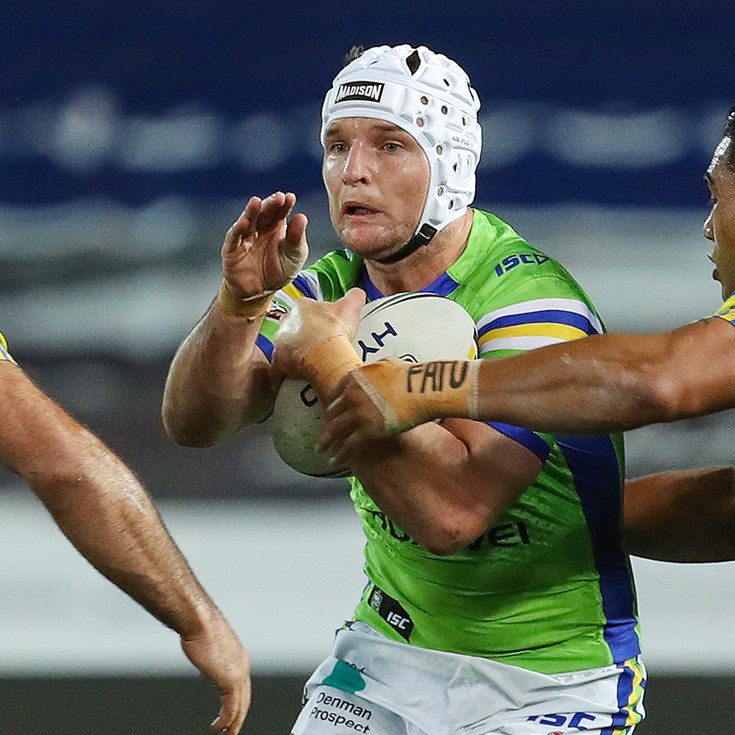 Stuart asked Raiders to 'do it for Croker'

Eels take honest look at themselves