Maroons skipper Cameron Smith remains confident champion playmaker Johnathan Thurston will line up in the State of Origin series decider despite spending most of the 18-16 win in Game Two nursing the shoulder injury that has plagued him for much of the season.

The decider at Suncorp Stadium holds extra meaning for Thurston who will bow out of the Origin arena at the end of the series, bringing an end to a glittering career in the Maroon jersey.

The 34-year-old has only played one club game since Round 6 and was in visible distress carrying his right arm for most of the night but that didn't stop him from etching his name into the annals of history with a play that summed up Queensland's seemingly-endless dynasty.

After Dane Gagai scored to level things up, Thurston stepped up – much like his attempt in the 2015 grand final – with a chance to give his side the lead from his non-preferred sideline. They say there are only two certainties in life, but you can add clutch Queensland conversions to the inevitable 'death and taxes' as the hero in headgear potted the late goal to level the series.

There are serious doubts that Thurston will take on the Panthers this weekend in what would be his 300th NRL game, but Smith was bullish when asked whether the man he regards as the best in the business would be fit for the series decider.

"I reckon he'll play for sure. He's not going to miss that one, no way. We'll strap it up that tight he'll be right to play," a confident Smith told reporters after the game.

"He's one of the greatest players to ever play our game, if not the greatest. When you see guys out there still willing to put bodies in front of blue jumpers when they shouldn't be on the field, it makes you want to do the same thing.

"He's the greatest player I've ever played with and probably ever will be. He deserves all the credit he gets. He's a real warrior. He's one of the smallest blokes who'll ever play our game, but possibly one of the toughest."

If there wasn't incentive enough to clinch their 11th series win in the past 12 years, the Maroons will be desperate to send Thurston out a winner as they've done so often with their departing legends.

"I'd be lying if I said there's not a little bit of motivation to do that given what JT's done for this team and for our state," Smith said.

"To be honest, it'll be quite an emotional week for the Queensland team [because] one of our legends is finishing up. We can use that as a positive if we want to and if we contain it and not let it get out of control, which it's quite easy to do.

"Knowing JT, he'll just want everyone to focus on preparing well and having a strong performance to give ourselves a chance of playing well and getting the victory." 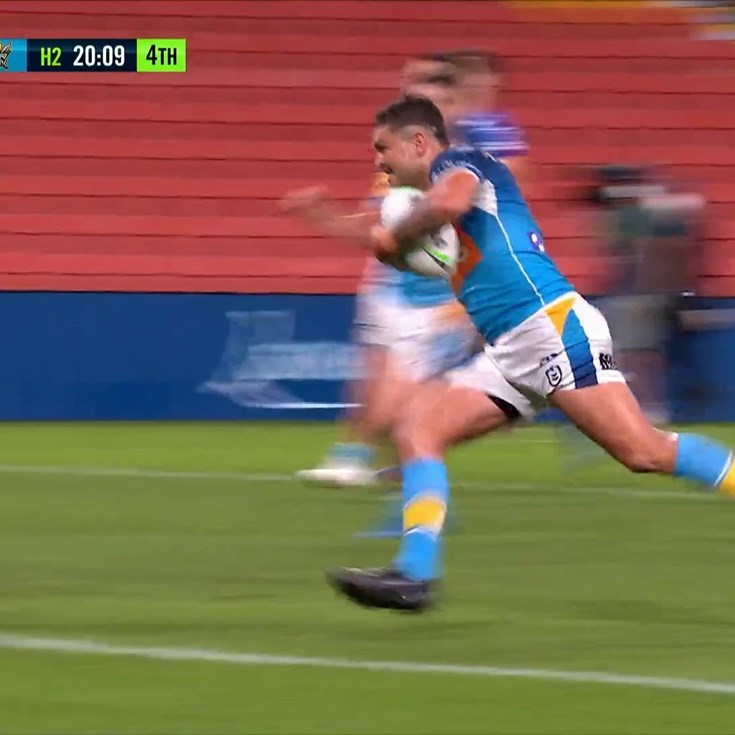 Marzhew scores after the Bulldogs fail to nullify a kick