Benji Marshall has given Brisbane Broncos teammate Ben Hunt the ultimate compliment, crediting the star halfback as the reason his side secured victory against the Canberra Raiders in Round 16.

‌In what was his first outing since being dropped to the Intrust Super Cup by coach Wayne Bennett, Hunt produced two try assists and four forced drop outs after coming off the bench in the 33rd minute.

The performance from Hunt may not have done enough to earn a spot in Bennett's starting side this week, but there is no doubt his teammates are enjoying having him back in the first grade line-up.

Hunt will again come off the bench against the Melbourne Storm on Friday night, with Bennett backing Kodi Nikorima to start in the No.7 jersey despite struggling in recent weeks.

If Nikorima has another difficult night then Hunt is certainly a handy replacement after working tirelessly to return to first grade.

Marshall was full of praise for Hunt when asked about his Broncos reinstatement, applauding the 27-year-old's attitude after being dropped.

"The most impressive thing about Ben was that he didn't kick stones when he was told he would be playing for Ipswich [in the Intrust Super Cup]," Marshall said.

"He went back and did what he had to do. I didn't hear a peep out of him about being angry or filthy about anything.

"He did his job. He came back and made a big statement.

"I thought without his input on the field the other night we wouldn't have won that game. He changed the tempo of the game and the momentum.

"I'm really proud of him. I've been there and it's pretty hard to take."

Whether it is starting with Nikorima, Hunt or Anthony Milford in the halves; Marshall is just enjoying playing in a side full of talent.

He has now combined with all three throughout year, and although some might think different halves partners each week would disrupt the way Marshall plays, it could not be any more different, with the youth and excitement of Brisbane's young halves rubbing off on him.

"At the Tigers I had 19 different halves partners, two is a little bit less than that," Marshall said.

"I can't control what happens to anyone else. While I've got the opportunity I'm going to do whatever I can for the team.

"I'm happy and I love playing. This will be my first home game starting this weekend.

"Part of my reason for coming to the club was to become a mentor for some of the young guys.

"They've really helped me reinvigorate myself. They've made feel young again by hanging out with the likes of Milford and Kodi.

"The class of player here takes the pressure off me. I don't have to do everything. Without these guys I wouldn't be thriving the way I am at the moment."

Not to be outdone by Hunt, Marshall put on his own masterclass against Canberra, turning back the clock to produce a vintage performance.

His two try assists in the first half set the tone for Brisbane and even he cannot believe how well he has excelled at a club that could not guarantee him NRL action.

The 32-year-old is only on a one-year contract at the Broncos but he is already in talks to extend it to at least the end of 2018.

"Absolutely [Brisbane would be my first choice]," he said.

"At the moment I have no reason to leave Brisbane. Everything is going great." 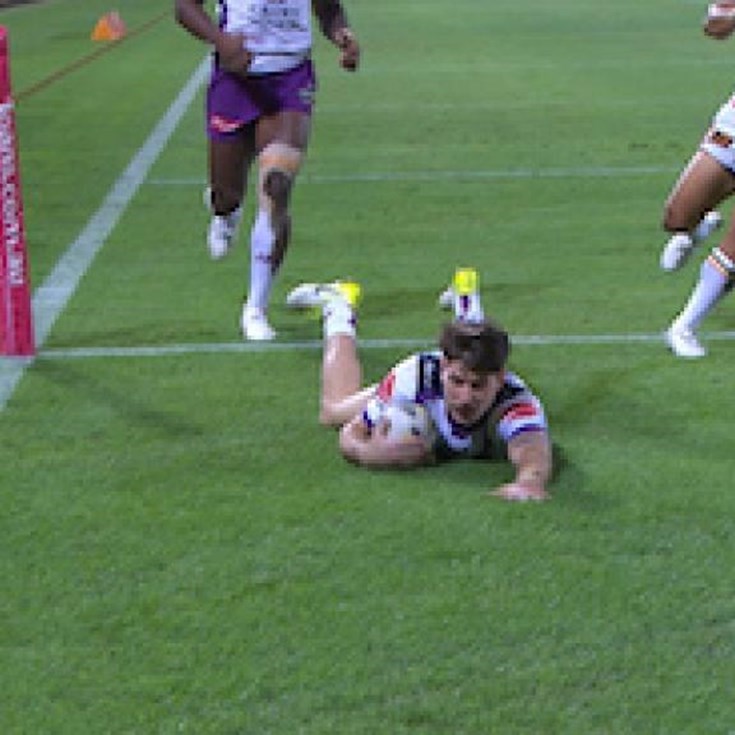