Beware of a fired up DCE.

That has been the talking point leading into the clash between the Panthers and Sea Eagles on Saturday after Queensland snubbed Daly Cherry-Evans for the Origin decider next week.

While the Panthers will no doubt be on alert for what the former Australian international is capable of, Anthony Griffin's side will be fuming after their performance against the Rabbitohs on Sunday and will be looking to get back into the winners circle as quickly as possible.

The Sea Eagles were written off at the start of the season, while the Panthers were penciled in as premiership favourites.

How quickly things can change.

Manly have undoubtedly been the surprise packets of 2017 and continue to churn out victories through grit and determination – headlined by their four-point win over the Warriors after trailing 16-0 early.

For Penrith, they'll be boosted by a string of home games in the coming weeks, but with a four-point gap between them and Parramatta in eighth spot – it's now or never for Griffin's men to regain some momentum.

Penrith have been unhampered by players for Origin duty in 2017 but have lost Kiwi centre Dean Whare for a month with a broken jaw. Utility Tyrone Peachey will start in the centres with Mitch Rein returning from injury at hooker.

Manly will be without NSW forward Jake Trbojevic, while Lewis Brown will also miss the clash after minor knee surgery. Former Raider Jarrad Kennedy will start in the No.12 jersey with Darcy Lussick named at lock.

‌Why the Panthers can win: If they can go with Manly for the entire 80 minutes, they're always a chance. We've seen the Panthers come from behind in recent times and their strong recent record against the Sea Eagles should give them a boost. After being put to the sword by the Rabbitohs, a bounce-back performance should be expected. It is the first of five home games in the next six rounds for the Panthers and with the season on the line – it's becoming a case of now or never. The off-the-cuff style of football can match it with the Sea Eagles – who are playing a similar brand – but their defensive effort from last start will need to be rectified.

Why the Sea Eagles can win: Consistency is the key for Trent Barrett's side in 2017 and they're winning the battle in some of the game's most simple areas – lowest errors (9.3 per game) and fewest tackles (290 per game). In short, they're not turning the ball over and are not giving away repeat sets to the opposition. In return, the Sea Eagles are averaging five line breaks per game – second best in the Telstra Premiership. With the Panthers' inconsistent traits throughout the season a regular focus point, another consistent showing from Manly should be too much for the home side to overcome.

‌
The history: Played 83; Panthers 32; Sea Eagles 50; Drawn 1. While the Sea Eagles hold an overall lead, Penrith have dominated the visitors in recent years – winning six of the last seven fixtures including the last three games at Pepper Stadium. Home ground advantage will not bother the Sea Eagles though, who are unbeaten on the road so far in 2017 – albeit their only loss away from Lottoland was their 'home game' defeat in Brisbane.

What are the odds: An incredible 95 per cent of money is on Manly to beat the Panthers. Sportsbet has taken more dollars on a Sea Eagles 13-plus victory than all of the other winning margin options combined. Manly have firmed from $2.25 outsiders into equal favourites and seem destined to start the match as favourites judging by the weight of money. Latest odds at Sportsbet.com.au.

NRL.com predicts: It will either go down to the wire or a blowout scoreline courtesy of a DCE show. The consistency on display from Barrett's side this season should be too much for the Panthers to handle. Sea Eagles by 10. 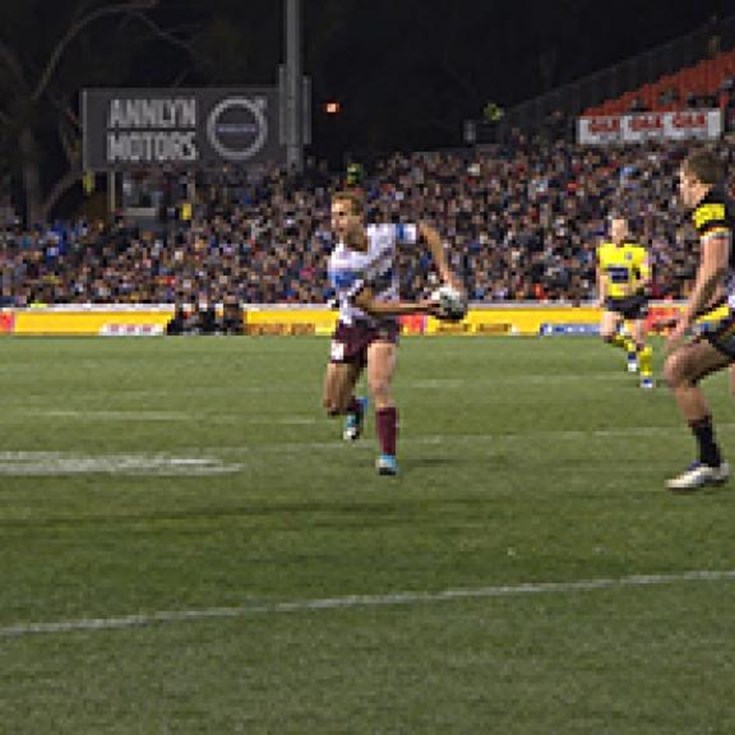